You may love your cell phone, just don’t get too close and cuddly with it.

Warnings about cell phones, and concerns about exposure to the electromagnetic radiation they emit, have been around as long as the devices themselves. The matter is controversial, contested and unresolved. 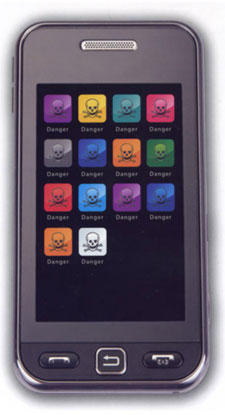 A new book called Disconnect looks at the risks of cell phone use.

Nevertheless, a Canadian government health committee says there should be more funded research into the potential health effects of wireless technology, and the government should put in place a mechanism for Canadians to report any ill effects or adverse reactions they have to cell phones.

The committee, made up of elected representatives from the House of Commons, held a series of hearings about radio-frequency electromagnetic radiation. It took sometimes conflicting testimony from industry representatives, academia, health officials and ordinary citizens.

Electromagnetic radiation is emitted from a number of devices, including microwave ovens, but the committee was mostly on about cell phones, cell phone towers and Wi-Fi networks.

Its findings were released last week, under the somewhat cumbersome name, ‘Report of the Standing Committee on Health’s Examination of the Potential Health Impacts of Radiofrequency Electromagnetic Radiation’.

In it, a number of important recommendations were made, but perhaps one that should be underscored is from the manufacturers themselves.

Not many folks read the small print in user’s guide or product info brochures, I know, but the iPhone 3G information guide does stipulate that radiation exposure will be greater if the phone is less than an optimal 5/8” away (roughly 1.5 centimetres) from your ear, head or body.

The document also mentions that body weight is a factor in determining safe levels of exposure, and that overall time of use is also a factor in exposure, suggesting helpfully that “if you are still concerned about your exposure to RF energy, you can further limit your exposure by limiting the amount of time using the iPhone.”

Of course, it’s not just Apple; Research In Motion says keep your BlackBerry 2.5 centimetres away. Pretty much any manual will say something similar.

These and other observations are contained in a revealing new book called Disconnect, by Devra Davis.

And she notes some disturbingly similar patterns of denial from the cell phone industry that she saw from the tobacco industry.

Dr. Davis does not say you should never use a cell phone.

In fact, she does, but she uses hands-free accessories to keep the gadget itself (and therefore, sources of electromagnetic or RF radiation) further at bay.

She did not appear in Ottawa, but other witnesses told the government committee that there just isn’t enough evidence about exposure to wireless devices to settle the matter one way or the other.

Health Canada officials said the relevant regulations in Canada – known as Safety Code 6 – are already stringent and regularly reviewed to ensure they are in line with scientific evidence.

A Department of Industry representative, Marc Dupuis, told the committee that any changes to those regulations would cost consumers.

“If we wanted to implement stricter standards for mobile devices… If we were to establish a safety level of half of the current 1.6 watts per kilogram, there would be one problem: we would need special devices made only for Canada,” he said, adding those special devices would be more expensive and les powerful.

Canada’s wireless industry, represented by the Canadian Wireless Telecommunications Association (CWTA) said it welcomes the report, and thanks the committee for its work.

“The overwhelming evidence, as determined and published in studies worldwide by the respected scientific community, continues to support the conclusion that there is no public health risk associated with the use of wireless technologies,” said Bernard Lord, CWTA President and CEO, in a separate statement.

The CWTA acknowledges that mobile phones function because they are able to send, receive and manipulate radiofrequency (RF) EMFs, but it says studies have shown that cellular/PCS emissions represent less than 25% of the ambient RF emissions in an urban area.

However, the Committee also heard that some studies found there were negative health effects resulting from exposure to low levels of radiofrequency electromagnetic radiation.

It also heard that there were gaps in the scientific literature related to children’s exposure, effects on brain function and possible effects on reproductive capacity.

The committee has requested that the government provide a full response to its report.

So, WhatsYourTech?  How often, how much and how close do you use your cell phone or smartphone?