Recently, WYT featured my review of Netflix’ Canadian offering and found it wanting for more titles and better content. While some users were more forgiving than others, the bottom line is that Netflix managed to generate over 1 million Canadian subscribers in about a year. Not bad.

Netflix now seems to be addressing the criticisms surrounding its limited content. Earlier this year, Netflix signed a deal with Paramount and is rumoured to be close to closing a deal with Martamax Entertainment. The two deals combined would bring over a thousand new titles to the Canadian library. 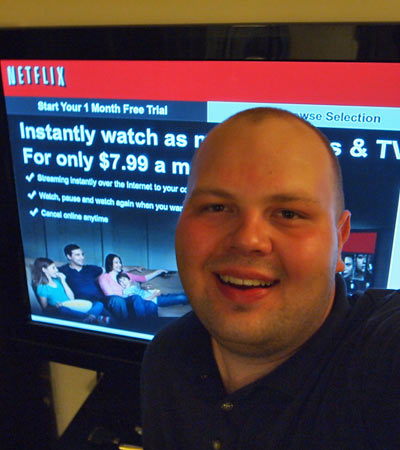 The service however will be losing its contract with Starz once it expires this February. On the back of this, Netflix has won a bidding war for a deal with Dreamworks. From my seat, it remains unclear exactly how either of these developments will impact the Canadian viewer.

The danger remains for Netflix on the competition front. Aside from YouTube’s new film streaming service, we have been seeing some home-grown Canadian competition forming as well. Canadian cable giant, Shaw, is offering what it calls the Movie Club, giving members a small selection (hundreds) of films available by stream. For those who still enjoy the fuller content or tactile physicality of a real DVD, Zip.ca offers a library that no Canadian streaming service comes close to. For more on Zip.ca, check out Mark Orton’s review of the service.

As I write this article, I admit that I have Star Trek (the new one) playing on my right-most monitor, streaming from Netflix. I can see the growing Netflix library and I am generally pleased with the service. Why am I pleased? Well, for the CAD $7.99/mo. that I pay (inc. tax), I do feel I get value. Netflix recently raised the price for its American subscribers by unbundling its DVD service from the streaming service. The American price hike however, will cost them 1-million subscribers. Americans now pay USD $7.99 for the streaming service in addition to the price of the DVD service. This doesn’t affect us, since we only have the streaming service.

One of my most serious gripes about the service was the lack of support for Linux. Because Netflix uses Microsoft’s silverlight to handle Digital Rights Management (DRM), and Microsoft offers no Linux support form DRM, Linux users have been left trying awkward workarounds. I came across a fantastic bit of news that Netflix has people working on a native Linux client. This author, for one, will stand in applause once it is relesed. The rumour is that the client could be coming in the next 12 months.

As before, I recommend that anyone interested try the 30-day free Netflix trial offer. Let us know what you think!