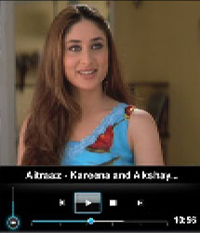 Among the many amazing, sobering and inspiring statistics to come out of India is the number of cell phones in operation.

The report is already dated, and that number is expected to easily reach 1 billion in just a year or two.

So targeting one of the world’s largest markets makes perfect sense, especially for mobile product and service developers. And especially for Canadian developers, who can capitalize on cultural, historic and now official government connections between the two countries.

Two companies in particular are making tremendous inroads into the world’s most populous democracy – Jigsee and Poynt. 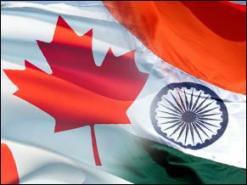 They aren’t alone, and in the Canadian government is doing all it can to make sure more companies benefit from the Canada-India connection.

That federal initiative echoes many other federal and provincial plans to capitalize on the concrete and actionable opportunities for Canadian Information and Communications Technology companies in India.

What’s more, as part of the federal government’s wider India engagement strategy, the 2011 budget promises to put out $12 million over five years for a competition to select a Canada-India Research Centre of Excellence, open to proposals in all areas of research. 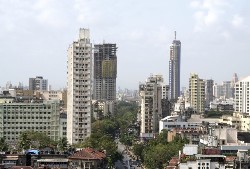 The facility helps current service providers gear up for new competition with ‘over-the-top’ players like Google and Yahoo, as well as handset operators who have application stores, like RIM and BlackBerry World.

The full name of the Toronto certification lab is the Innovation Centre for Mobility Solutions, which will initially provide mobile device certification services.

“But,” replied Anik Sane, Vice President for IT Strategy and Solutions for Tech Mahindra, in an e-mail exchange with this correspondent, “we want to go beyond handset certification. Eventually, the innovation centre will expand into helping Canadian carriers and companies build mobile enterprise applications.

“The ultimate goal is to build a development platform for carriers, as we have done in other countries, in partnership with carriers, universities and software developers,” Sane continued. “The applications could either be unique to a Canadian carrier, or sold to others.”

Tech Mahindra has a staff of about 40 or so employees already working in the Canadian market, and the firm has done business with leading Canadian telecom carriers.

Tech Mahindra and its CanvasM Technologies subsidiary will offer mobile device certification services in a variety of areas including Application Testing, Field Testing, Inter-operability Testing and Performance Testing with expertise in 3G/HSPA+/LTE.

In Toronto, the Innovation Centre for Mobility Solutions will initially support about a half-dozen to a dozen employees, with room for extra growth.

This opens the door for the creation of a Canadian ‘ideation factory’, he explained, where a range of mobile apps can be developed and tested. 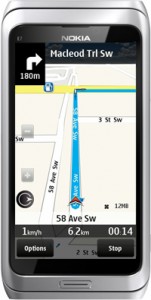 Poynt develelops a range of mobile applications including search tools

Poynt is working with Times Internet Ltd, (TIL) the mobile and online arm of India’s largest media house, the Time Group, on the launch of the app, called timesPoynt in India.

“Launching our app in one of the largest mobile markets in the world with the dominant media company in the country provides Poynt with an unprecedented opportunity to drive revenue growth and user adoption through timesPoynt,” said Andrew Osis, President & CEO, Poynt Corp.

Internationally, Osis says Poynt has passed an 11 million user milestone, and that the company has recorded more than two billion interactions!

That’s the attraction for advertisers, agencies and merchants, with big plans to market and promote their services through all available media vehicles.

Poynt can target ad delivery based on relevancy for the user, who makes a local search query. The company’s revenue model is based on user queries, page views, advertising and transactions within the App. Each user query generates several page views, which are monetized through display advertising and sponsored listings paid for by advertisers.

This highly contextual mobile advertising will roll out in timesPoynt as ad inventories are built up over the next 12 months.

Jigsee will use the undisclosed amounts raised from Indian Angel Network to drive the deployment of its mobile application in India and neighbouring countries.

In its development centre in Ottawa, Jigsee reports developing and successfully testing its adaptive video streaming technology, which can deliver continuous video streams to portable media devices in low-bandwidth environments (with data rates as low as 50 Kbps). 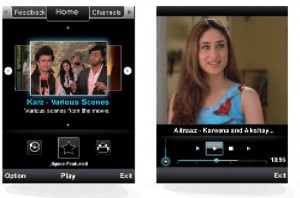 Jigsee says it can overcome hurdles that inhibit or prevent mobile TV service uptake in many emerging markets, like India, where cell phones – often with low tech specs – are much more common than high capacity smartphones.

More than 90 per cent of Indian mobile subscribers use such phones, and that means a potential audience of over 500 million in the Indian sub-continent alone, noted Ray Newal, Jigsee CEO.

A minimum threshold has been established by the company, at around 40 kb per second, and that still allows them to get a stream playing continuously. The Jigsee platform tells the media servers about the kind of data rate and connection available, so that adjustments in quality and bandwidth can be made in real-time.

Jigsee co-founders Newal and Areef Reza have a long track record in digital media and information technology – Ray was one of the first employees of DoubleClick, an early player in the Internet advertising industry. Prior to starting Jigsee, Ray headed content and business development at Yahoo Canada.

Reza, the CTO of Jigsee, leads the technology development effort, building on a proto-Canadian track record built at Nortel and Research in Motion.

Indian Angel Network investor Rehan yar Khan, who will sit on Jigsee’s Board of Directors, said, “Jigsee’s proprietary technology and platform offers the widest distribution of uninterrupted mobile video streaming across 2.5G, 3G, LTE and Wi-Fi environments enabling content providers and advertisers to reach the widest possible audience in India. This space is very exciting, as we expect, Mobile Streaming Video to match the viewership of DTH, in five years.”

The Indian Angel Network is India’s largest and only national network of business angels investing in start-ups, early stage ventures and having an incubator program with an investor base of nearly 150 angels — both individuals and institutions — and counting.

As companies like Jigsee, Poynt and others learn their lessons from the Indi-anada connection, they will be better positioned for other expansion elsewhere in Asia, in Africa or South America.

Billions of consumers live in these economies where growth and opportunity are expected, and companies with the market experience, technological savvy and economic supports will take best advantage.

It’s Time to End the Pervasiveness of Cyberbullying