Despite the fact many see ‘tech’ as a guy thing, two of North America’s biggest tech companies have put women at the helm.

Think IBM (Virginia Rometty) and HP (now Meg Whitman, the company may have set the ‘women in high places’ goal posts back in the mid-‘90s with Carly Fiorina).

They have made great strides with their companies, and by establishing themselves as capable and laudable corporate leaders – who happen to be women.

But they are still the exception. 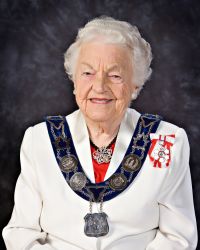 Mississauga Mayor Hazel McCallion knows a thing or two about women and leadership.

In Canada, just six per cent of the country’s top companies have women CEOs.  That surprisingly low number is in fact a world-beater – we actually lead the planet in the number of female CEOs!

So any serious attempt to find ways to train and develop the next generation of female corporate leaders has its work cut out for it.

That challenge is not holding back the folks driving HP Canada’s Women on the Way Up (WoW) initiative in any way – in fact, they’re enlisting some big guns in their work.

Mississauga Mayor Hazel McCallion (aka Hurricane Hazel) was the guest speaker at a recent event staged by WoW, as part of celebrations marking International Women’s Day.

A key concern in their talk were findings from a 2011 Mercer survey that showed 82 per cent of Canadian employers do not have a clear strategy for developing women into leadership roles. 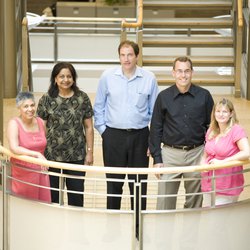 HP Canada has been recognized for its workplace diversity initiatives.

Less than 20 per cent of surveyed Canadian corporations (not all tech companies, but some) have a strategic plan in place to promote and help develop women for, to and in senior executive management positions.

That shines an even brighter light on those women who have made it to the top, but the picture is surely a dark one if so much potential is never even given an equal opportunity.

“Women need to show independence and confidence in themselves in the workplace,” said Mayor McCallion. “Do your homework and work hard.”

Moving from the personal to the global perspective, she added,   “If we don’t give people the opportunity to create and be innovative in their approach, we will lose out on competition with the rest of the world.”

H-P Canada surely sees it that way: selected as one of Canada’s Best Diversity Employers 2012, the company has created a ‘Diversity Value Chain’ that outlines the company’s diversity goals and achievements, including the establishment of specific resource groups for female employees (among other cultural groups). 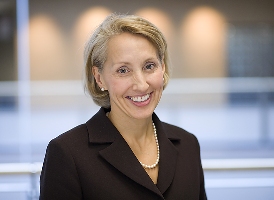 It also maintains support for minority and female-owned businesses through a supplier diversity program.

And it runs the WoW program, with quarterly events across Canada that include female HP leaders (and their special guests) discussing their experience and career development, while running a development and mentorship program that pairs junior or new employees with female role models in the workplace.

The WoW program “benefits our employees by providing networking and professional development opportunities as well as leadership experiences,” said Brown. “HP supports employee resource groups like Women on the Way Up because they encourage differences in perspective and opinion from our diverse population.  This helps us to maintain an innovative culture.”

Her zinger received a hearty laugh from the WoW attendees, but it could have used a little more underpinning: yes, IBM and HP may have women behind the wheel (HP America has three women on its fourteen member board in addition to CEO Whitman; IBM three of 20 including Rometty), but that’s not always the case, according to a quick but eye-opening industry round-up.