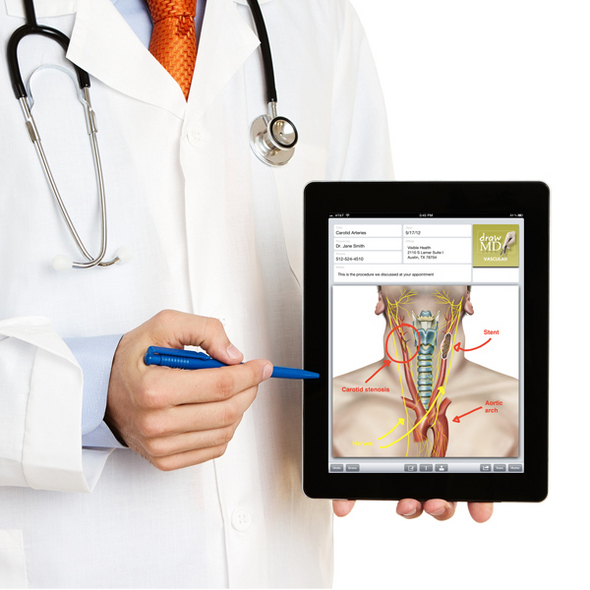 The increased popularity of mobile apps for smartphones and tablets usually gets the most attention for the entertainment they provide, but there are plenty that are designed to be informative, and health is one of those categories that fits the bill. There is no shortage of fitness and nutrition apps, but there are also others meant for more serious health conditions and illnesses.

Technology has been a part of medicine and science for a very long time, so it’s no surprise that there are apps meant to help with more serious medical cases. But what are they and how can they help?

One of Canada’s top medical apps for iOS is MyMedRec, designed and created by seven of the country’s leading health organizations. Free to download, the app’s main purpose is to help patients stay on track and up to date on taking their medication and vaccination history. Given that the World Health Organization estimates that 50 percent of patients don’t take their medication correctly, it’s hoped that proper usage might improve health outcomes.

Another Canadian-made app is aimed at the estimated 300,000 people in the country who suffer from epilepsy, the neurological condition that leads to sudden seizures. E-Action is actually an encompassing initiative that includes a website, magazine and leader program, along with the mobile app, but the app offers the chance to learn more about the condition and how best to manage it, particularly also for families. It’s exclusive to iOS right now, just like MyMedRec, but it might be rolled out to Android, BlackBerry and Windows Phone over time.

Made in the same neck of the woods as BlackBerry at the University of Waterloo in Ontario, Crush the Crave is a Canadian-made app aimed at young adults in the 19-29 age range to help them stop smoking. That age group represents the highest proportion of smokers in Canada at almost 25 percent, and also the most mobile and socially active online. Hence, why the app has plenty of Facebook integration for peer support. Though not a medical condition in and of itself, it’s long been known that smoking can lead to all kinds of conditions, including lung cancer, emphysema and chronic bronchitis, among others. There is support for iOS and Android on this app, but no word on the other two mobile platforms just yet.

Figure 1 has been on iOS for over a year and it allows doctors to post and comment on photographs and X-rays of patients and their conditions. Doctors who use it must be verified, and all distinguishing features and identities of the patients are blacked out. Similarly, a group in Halifax designed The Rounds, a social doctor-only platform where physicians can discuss cases and ideas on everything medical with a high degree of privacy and security to protect patients.

Bant is a free app under development at the University Health Network in Toronto that focuses on teenagers with Type 1 Diabetes and measure blood-sugar levels in millimoles/litre, rather than milligrams/deciliter as apps developed in the U.S. do.

This mobile trend is one that doctors have actually resisted for some time, perhaps because of ethics concerns or because the old tried-and-true methods of phones, fax machines and scanners still work for them. Whatever the case, the increased proliferation and patronage of medical apps is a two-way street in the sense that not all apps dealing with serious illnesses come from, or are sanctioned by, a medical group or organization.

This highlights a story by iMedicalApps, a medical apps blog, that suggested there were many apps available without proper oversight. A study by research firm, Pandey, found that only 50 percent of cancer apps have validated data and clinical evidence.

Even so, Canadians are bullish on what medical apps can do. A recent report from PwC Canada found that almost half of them believe health and medical apps will improve health care by making it more convenient in the next three years. The report also posits that medical apps will likely have to be regulated the way medication is at pharmacies.

A simple search for any condition in the various app stores will usually lead to discovering one app or another that can help, though pricing and availability could vary. Some might also be limited only to the U.S. Getting past some of the uncertainty will be a crucial step to increasing doctors’ and patients’ confidence in going the mobile route, but as is, Canadians are seemingly ready for the shift.