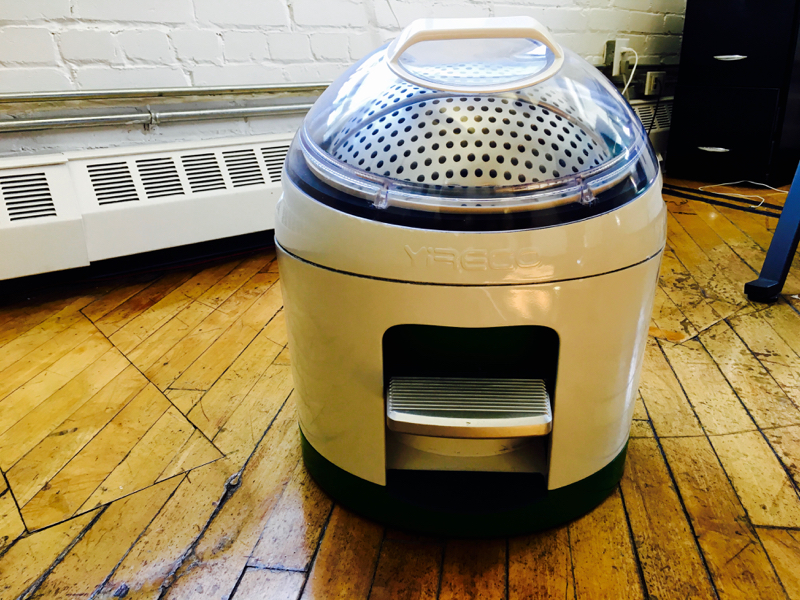 Yirego is a Canadian startup that has created a compact washing machine solution that uses pedal power and very little water.

Startups are a  dime a dozen these days and while many are pushing new apps, technologies or trying to be the Uber of this and that, there are still some new inventions that make complete sense and cater to needs that will never go away.

Take for example Yirego’s Drumi. A compact and foot-powered washing machine that’s ideal for apartment living, life in the cottage or when camping. 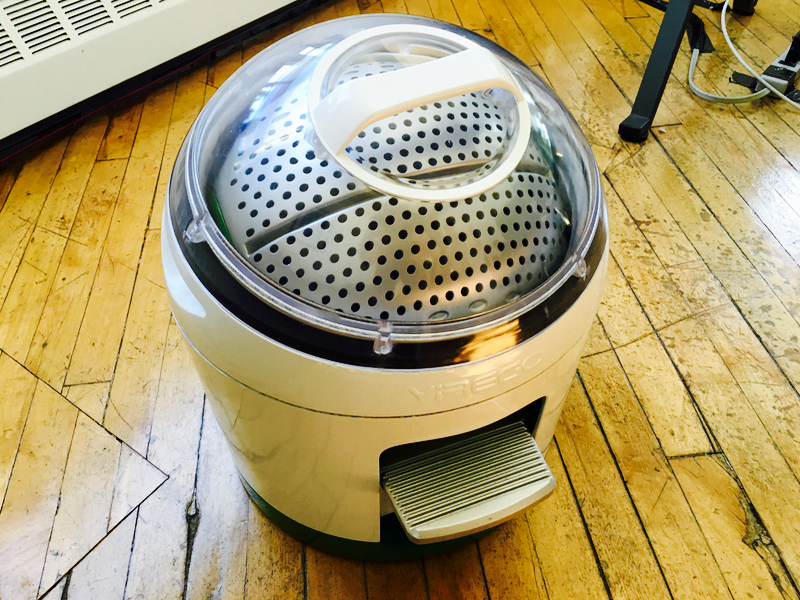 Drumi is 22-in. tall, 15-in. wide, weighs less than 15 lb. and holds up to five lb. of clothes per load — roughly seven personal items, says Yi Jiang, founder of Yirego. His invention won the Canadian James Dyson Award and it is an impressive design borne of necessity.

Jiang says that like many students, he lived in a crowded building and one with limited access to washing machines and dryers. As with many public washing machine rooms, Jiang’s dorm had faulty washers and some that were generally dirty and gross.

While the Drumi doesn’t replace a full-featured electrical washer. It can handle about a day’s worth of clothes and uses any detergent that people are already accustomed to. Best of all, it uses zero energy since you push a pedal in order to get it to ‘wash’.  The top cover can be used to measure and pour water into the Drumi while a rear hatch is used to drain sudsy water out.

The idea is really similar to some household salad spinners, which use a spinning mechanism that, when initiated, causes the inside strainer to rotate rapidly. With Drumi, foot-pumping for 10 minutes should ensure a good wash of one pair of jeans or 6 t-shirts. Jiang claims the process uses 80 per cent less water and detergent than would be required by a traditional machine for the same size load.

The Drumi’s size makes it a bit unwieldy for draining in a kitchen or bathroom sink, so people will likely drain this in their tub.

While a very impressive first iteration, Drumi is certain to need some refinement and improvement once it is made available to the mass market.

“With zero carbon emissions, Drumi uses no electricity, while a standard machine uses 500 watts of power per load,” Jiang points out.

Yirego Drumi team is looking to raise enough funding in pre-orders to bring this device to market, and a pledge of $229  is the price for a single unit and orders are expected to ship to backers in October of 2016. 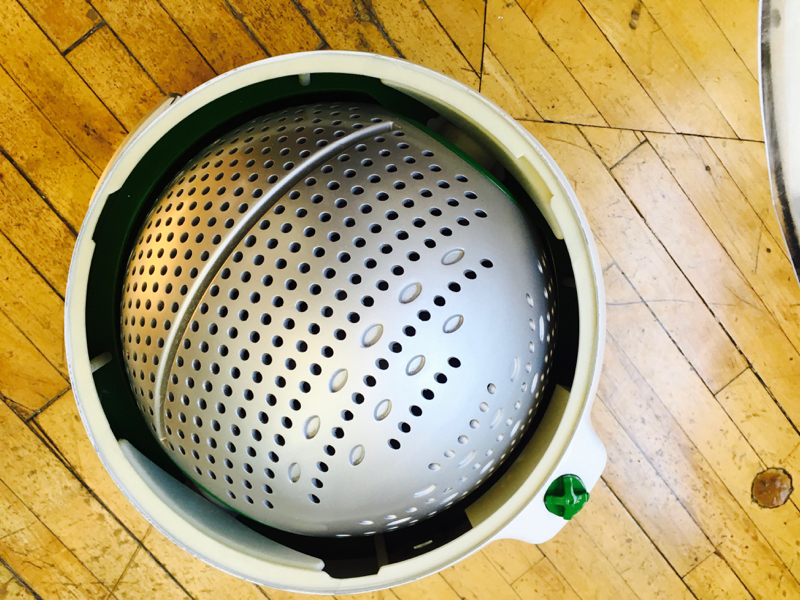 Aside from being a fresh and innovative idea, Yirego’s Drumi ushers interest for green appliances that can solve issues such as using too much water and electricity to get laundry done.

It is an elegant solution that rests between hand-washing laundry and using more wasteful washing machines and dryers.