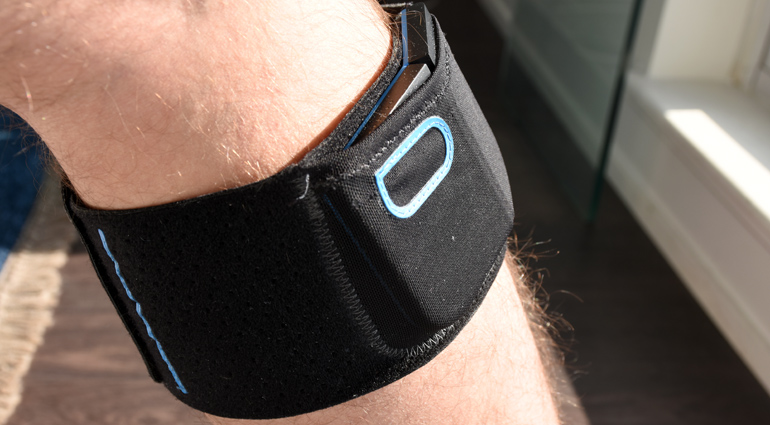 Dealing with chronic pain usually requires a cocktail of medication, physiotherapy, creams and injections to manage. Quell is a wearable device from NeuroMetrix that aims to not only impact one troublesome area in the body, but anywhere in it using electro-stimulation.

It seems almost too good to be true. A device that can trigger the body’s neurological system to naturally relieve pain and soreness when strapped to one’s calf? It sounds like something out of an infomercial, and yet, there may be more than meets the eye. In a nutshell, the Quell is a Transcutaneous Electrical Nerve Stimulation (TENS) unit that, in sending electric pulses through the skin to the body, blocks pain signals from going to the brain and raises endorphins instead. This releases pain-relieving opioids produced by the brain, while blocking pain receptors.

So then, why strapped to the upper calf and not the source of the pain? The upper calf happens to be a major intersection of nerve endings, and so, the pulses hit that area and travel up the chain to the brain and then over to wherever relief is needed.

The Quell is basically made up of three parts. There is the sports band with a holster for the device and a strip of gels that clip onto it. The whole thing can go on either calf, so it doesn’t make a difference from left to right. Calibrating it is easy, and depends largely on your tolerance for the pulses. It can be worn all day, stimulating for one hour, and then turning off on its own for another hour. The reason for the on-off process is to avoid overstimulation and give the effect time to last for up to another 40 minutes, even after the pulses stop. 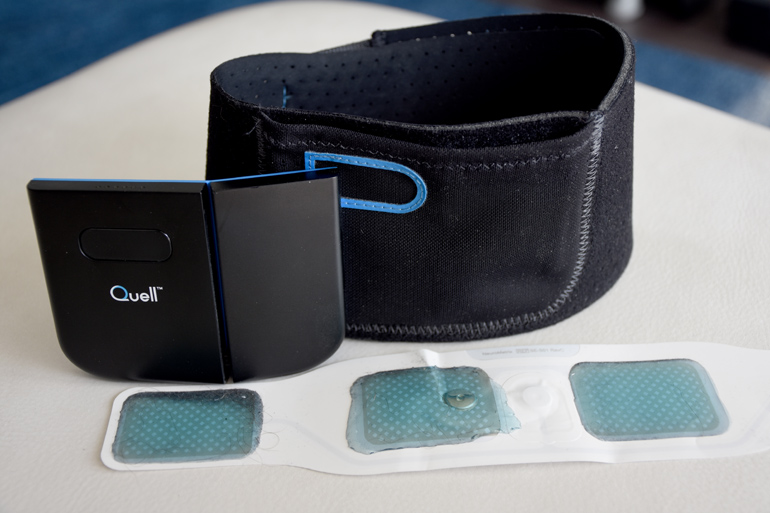 The device is also designed to automatically sense when you’re lying down and switch to a nighttime therapy during sleep. It isn’t waterproof and is not made to be worn during physical activity, like going to the gym, out for a run or playing sports. In that respect, it is a more passive product.

There is a free app for iOS and Android that can pair with the Quell via Bluetooth to start or stop therapy, keep tabs on the duration, track empirical data and trends and help measure sleep quality. The app isn’t a requirement, though, and the device can work perfectly fine without using it. 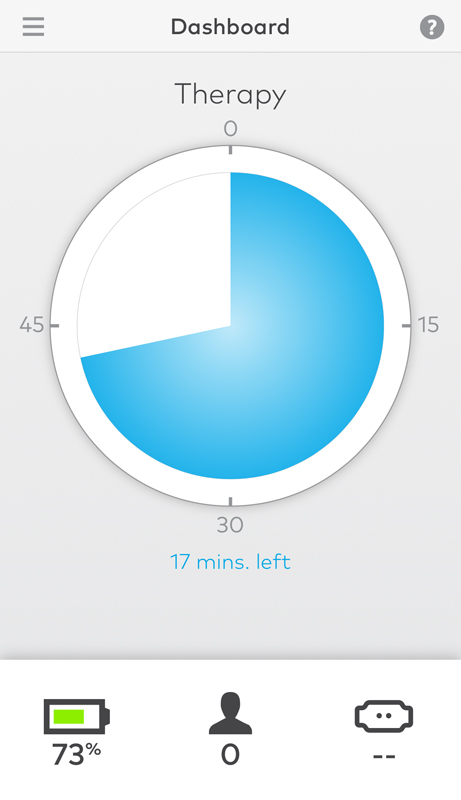 The big question is, does it work as advertised? I would say the short answer is yes, but it isn’t an immediate impact. In fact, it’s hard to quantify how long it might take to feel relief, given that every bodily ailment is different. The key word here is “relief,” as the Quell is not a miracle cure for chronic pain, only a prescription-free substitute.

In my case, I’ve had a hip issue going back over a year, which made me an ideal candidate to test this out. At first, I wasn’t sure I had felt any relief at all, but only three days later, I became more convinced that it was helping me forget that I had any discomfort. It sounds strange, but it felt like mind over matter, in a way. I also grew to forget I was even wearing it, and the pulses became routine, never affecting me adversely.

As the weeks went by, it became part of an almost daily routine. Mind you, physiotherapy and exercising was ultimately going to fix my issue, but the Quell was something that only served to help further the cause. This is precisely why the device has to be viewed within the context of complementary, not replacement, therapy. It very well could replace certain drugs that offer the same relief, but isn’t going to be end-all solution that negates the need for activity, stretching or whatever else is directed by a doctor or therapist.

NeuroMetrix does point out that the device is more ideally suited for those suffering from sciatica pain, fibromyalgia, diabetic neuropathy and osteoarthritis. These are chronic conditions requiring regular maintenance to feel better, which is why I would hesitate to recommend the Quell for standard aches and pains after a tough game or workout. It’s a hefty price to pay to deal with something that is effectively temporary.

This is why the 60-day money back guarantee makes sense. If you feel no improvement within that time, then the Quell isn’t for you. The product’s merits are certainly good ones, and it’s definitely not snake oil, but the price is something requiring careful consideration.

At $250 (U.S.), it’s a bit pricey. Then there are the gels, which you have to change after about two weeks of usage. Assuming you were to use this every day, with each two-pack of gel strips at $30, the overall cost becomes substantial. Buying from Canada is easy enough through the company website (or Amazon.com), though shipping is fairly high, and you may be better off using a U.S. address to avoid duties and taxes.

Prescription drugs can also be costly, and may have side-effects. The Quell has none, or at least shouldn’t have any because your digestive tract has nothing to do with it. If all else has failed to give you proper daily relief, then using the Quell may be enough to help give you a better quality of life.

Entrepreneurism: Vision, Skill and a lot of Tenacity