Canada’s newly launched experiment in open government hopes to tap into the power of big data analysis and the advice of digitally savvy youth.

The Government of Canada has introduced its new Open by Default pilot in order to bring more transparency to its operations and more collaborative input to its decision-making. 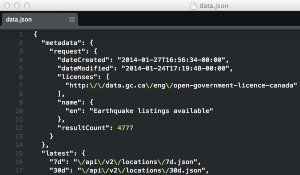 Government departments are sharing their working documents and data, as they are being created, with the public. There are flash reports with snapshots of key financial and operational data available, along with field notes, project plans, meeting minutes and more.

Access to work in progress there allows a researcher, businessperson or student to discover and learn about an interesting government project, and share their ideas with the actual government officials working on it. It could be a university professor researching climate change; educators planning for the September back-to-school rush; digital developers working on a new transportation app, you name it.

Among the opportunities available by using Open Data, Canada’s Open Data Exchange (CODEX) presents just one example. All the information in this infographic was projected using data by Statistics Canada and the Government of Canada, compiled by the ODX Data Concierge.

The available data and information is covered by Canada’s Open Government Licence, which provides a worldwide, royalty-free, perpetual, non-exclusive licence to use the information, including for commercial purposes, subject only to a few terms and conditions. Users are allowed to copy, modify, publish, translate, adapt, distribute or otherwise use the information in any medium, mode or format for any lawful purpose, while acknowledging the source of the information and providing a link to the terms of the open data licence.

Canada’s Open by Default program provides a worldwide, royalty-free, perpetual, non-exclusive licence to use the information, including for commercial purposes.

(Of course, not ALL government data will be considered open. Many large public government datasets are open: weather, census, and health care. But data associated with national security or identifiable individuals is not open for security and privacy reasons.)

“It’s a chance to shine fresh light on what we do,” says  Alex Benay, the Government of Canada’s Chief Information Officer. By providing providing access to some of the raw materials used in government decision-making, he adds, the Open by Default program opens up the opportunity for the public to engage and collaborate with its government.

For public servants, the experiment is designed to encourage openness by default as part of the on-going services the government provides to its people.

Interestingly, the Government won’t build such services all on its own, but rather it pledges to include end users in the process. As such, a digital youth advisory council has been set-up, with a group of 20 young people who are “interested in helping make Canada digital for them.” 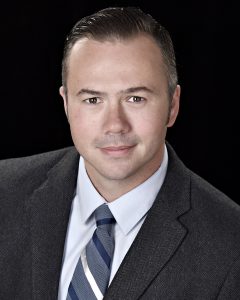 Benay has been working in a digital Canada for some time. Prior to being named to his current position as the country’s CIO, he was the President and Chief Executive Officer of the Canada Science and Technology Museums Corporation.

From 2011 to 2014, he was Vice-President of Government Affairs and Business Development at OpenText. He’s long had a leadership role in Canada’s digital industry, as well as in promoting the global shift to digital in organizations such as the G20, the Commonwealth Secretariat and the Olympics.

But like the program he’s now heading, Benay tells Canadians he’ll be open, too: “We don’t have all the answers yet [and] we will be seeking your help to make it better: to give you the information you want and need, and to make it easy to find.

“I invite you to explore and share the documents found in the Open by Default pilot portal. Use them for work, in your studies and for your personal interest. Tell us how it’s working (or not), and what else you would like to see.”

Much like the governments we elect, open data may only be as good as the user demands.