Examples of the positive impact technology can have when supporting the delivery of better public services and civic sector initiatives are showcased in a new tech program called Code for Canada.

And while the technological transformation in the public service and the digital empowerment of local communities is a major goal, so too is designing and developing technology for the common good.

It’s one of the latest tech trends – tech for good.

Members of the Canadian tech community, for example, recently declared that a set of guiding principles should be followed while creating, delivering or making use of technology.

Technology should not lead to greater inequality, the argument goes, and its impact on social cohesion must be considered. 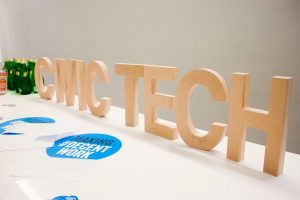 Code for Canada is a new civic tech organization in Canada. Civic tech is a growing movement that brings residents, governments and technology professionals together to build solutions to civic and social challenge. Credit: Alex Chen

Code for Canada is a new national non-profit that helps governments and communities harness the power of digital to tackle to tackle urban challenges. The group is aligned with municipal open data plans, such as those in Toronto which connect to that city’s various regions and diverse communities, to collect and analyze municipally generated data, and help bridge the gap between any city and its citizens.

Code for Canada is staging a series of events this summer to show what’s possible when technology and government work hand-in-hand.

One of the events, dubbed Civic Hall Toronto, was hosted at the Centre for Social Innovation in downtown Toronto last week, where real-world examples of how a more just and equitable digital society can come to life by developing digital products and services that first and foremost positively impact residents.

In the civic realm, such developments can and should come from a collaborative process in order to meet its stated goals. So Civic Hall Toronto brings together in its membership civic and social entrepreneurs, engineers and technologists, public servants and elected representatives, engaged citizens and potential users alike. 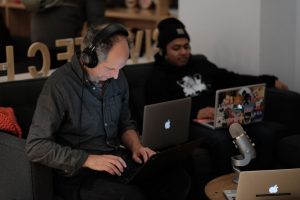 The weekly Civic Tech Toronto hacknight brings together coders, designers, policy analysts, urban planners and other engaged residents together to use technology to address civic issues. Code for Canada supports the development and growth of similar groups in cities across the country. Credit: Alex Chen

The purpose is to identify, create and test solutions to government challenges. Members can join in events like the showcase, take advantage of networking and training opportunities, use hot desks in the collaboration space and get support for user testing and design sprints.

“It … will be a hub for social innovation and new thinking,” described Adil Dhalla, Executive Director of the Centre for Innovation, when the program launched in May. “We can’t wait to get started.”

Among the speakers at the Civic Hall Toronto showcase was Gabe Sawhney, a longtime pioneer in the civic tech community, and a co-founder of Civic Tech Toronto and Code for Canada. He’s described how public servants can be introduced to concepts of digital government and civic tech that can bring positive transformation in the public sector in talks at the Centre, in civic tech courses offered at Ryerson University, and at industry events like the Open Data Conference, where the notions of smart cities and open data were linked on the road to the common good.

Another Civic Hall Toronto speaker took that open road in from Saskatoon.

Stephanie Yong is the Project Lead for her city’s entry into the federal government’s Smart Cities Challenge. The city has been already awarded a prize of $250,000 as a finalist, so it can more fully develop its proposal for a new technology platform and coordinated programmatic system to help young people make positive choices that reduce their chances of incarceration. 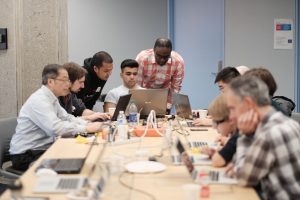 Participants at the 2017 CodeAcross hackathon in Toronto use their technology skills to address challenges presented by various government partners, including the Government of Ontario and the City of Toronto. The event was organized by Civic Tech Toronto and Code for Canada is working to help other cities across the country host similar hackathons. Credit: Alex Chen

Other civic tech projects to be described and spotlighted at the Civic Hall Toronto event:

“Around the world, entrepreneurs are finding success and sustainability delivering technologies that inform, engage and connect residents with government and one another to advance civic outcomes,” said Councillor Thompson. “Civic Hall Toronto will grow the commercial civic tech sector in the GTA by helping civic entrepreneurs connect and collaborate with technologists, public servants and potential users.”

The business model for Civic Hall Toronto calls for multiple revenue streams to get it to financial sustainability within two years of full operation; they include selling memberships to government teams from municipal, provincial and federal departments across the Greater Toronto Area, as well as securing corporate sponsorships and fee-for-service offerings to non-members and more.

“This new home for civic innovation in the city will foster collaboration by creating a safe space for learning and testing ideas while engaging residents in improving government service design and policies,” said Councillor Ainslie. “We are excited to see how this collaboration between the City, Code for Canada and the Centre for Social Innovation will evolve and encourage everyone to find out more about what Civic Hall Toronto is about.” 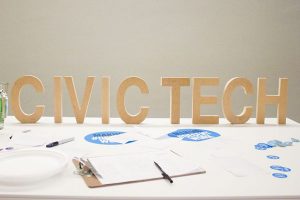 Tech Gadgets For Every Part of Your School Day