A new Canadian-made social media platform wants us to talk, not text.

Members of the new social community called ililli (pronounced EYE-lily) can record 15-second audio clips and share them with other listeners. Posts can include a picture, a link, and a channel.

One of the platform’s many initiatives is to boost fan engagement with their favourites in the Canadian Football League.

CFL fans can now jump onto an ililli team channel (like selecting a Spotify channel) to hear insider analysis, game day chatter, and hot takes by top CFL commentators and sports analysts from across the country. 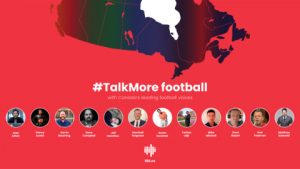 Good timing, too! Having missed the 2020 CFL season in its entirety due to the pandemic, fans are flocking to the 2021 version. While in-person attendance at venues is still capped, TV viewership in just these early weeks of the season shows a big increase in total audience numbers, upwards of 30 per cent depending on team, time, and opposition.

So ililli wants to make talk social. But not just football talk.

The value of audio has been re-established in the digital age. Many content creators make long-form (feature-length) content, and use social media to introduce, promote, and drive traffic to it. Audio was a missing piece of the social landscape.

Talk is human, and it can convey information beyond written content. It can accurately reflect the emotional state of the speaker through rhythm, tone, inflection, and other vocal characteristics, collectively known as prosody.

And not only do people want to talk, they want to listen, says Charles Benaiah, founder of the company that developed ililli.

“Audio is a remarkably effective medium,” he explains. “The number of podcasts has grown by nearly 30 times since 2015. Advertising on podcasts has doubled since 2018. The IAB (Interactive Advertising Bureau) expects ad revenue to triple again by 2023. Social talk is a new media. ililli is enabling it. The people who use it are breaking ground with it every day. It’s pretty exciting.”

As seen in the growth and popularity of other audio-centric social platforms, like Clubhouse and Twitter Space, Benaiah’s excitement is well-placed and widely shared.

In fact, a CFL squad’s worth of media personalities, sports commentators, and analysts have signed on to create content for the platform through the rest of the Canadian football season: Dave Naylor, Jeff Hamilton, Rod Pedersen, Farhan Lilji, 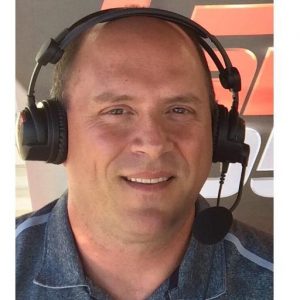 Danny Austin, Marshall Ferguson, Mike Mitchell, and Matthew Scianetti are among the sports experts making up the online content team. ililli has branded a number of their online events with the hashtag #TalkMore.

(TSN, the exclusive CFL broadcaster in Canada, allowed many of its reporters to talk on the platform, even though there is no specific app sponsorship or buy-in from the League. Benaiah added that Dave Naylor – the award-winning on-air CFL broadcaster from TSN – was among the first to use the platform. Naylor likes what talk can bring to the CFL fan experience, Benaish explains, and it was his idea to bring the experts to the platform. One of the first people he brought was Jeff Hamilton, a CFL reporter for the Winnipeg Free Press and president of the Canadian Football Writers Association.)

#TalkMore will produce thousands of talks and hours of original dedicated content on ililli, Benaiah continues. “This is a Canadian-made app for a uniquely Canadian game. We’re using it to bring fans and influencers together to engage in a new, fun way. ‘Social-sized talk’ is the next big thing in social media.”

The community of ililli content creators can use the platform to promote their work, Benaiah adds. “It fits current social media workflow. If you can tweet, you can talk. By making it simple and by allowing content creators to link their work, we’ve made it a new, easy, and effective way to jump on the audio trend without investing the time and resources to create a podcast or produce costly audio content.”

The company behind ililli is Watzan, with offices in New York and Halifax; Benaiah is the founder and CEO. The development team already has a track record building apps that curates medical content for doctors and other people in the pharmaceutical and medical industry. 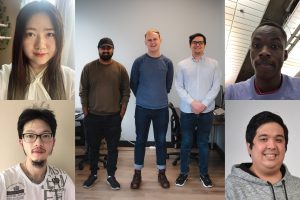 “We saw potential for a way doctors can use tiny talks to comment on and curate medical content. So, we built it as a Watzan platform. Then, we realized the platform’s broad application. We debuted ililli for healthcare at ASCO – the world’s biggest cancer meeting – in June. AstraZeneca tested ads during our #TalkMore event. The results were remarkable. AZ’s ads got an 18 per cent click-through rate. CTRs for medical ads are normally 0.1 per cent. As you can expect, more pharma companies want to run programs on ililli.”

But, he adds, Watzan expects to announce other non-medical #TalkMore events.

For now, the ililli app is scoring with Canadian football fans.

Although #TalkMore football barely spanned the CFL’s first two weekends, users have posted more than 100 CFL-related talks, Benaiah itemizes.’Talk listen time’ (TLT) is a little north of 34 hours, he says, and growth continues for both listeners and new talkers. 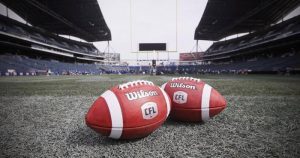 CFL TV viewership in just these early weeks of the season shows a big increase in total audience numbers, upwards of 30 per cent depending on team, time, and opposition. CFL image.

Add Social Media & Digital Assets to Your Will