Recently, I was introduced to Feminuity, a Canadian full-service diversity, equity, and inclusion (DEI) consulting firm that is on a mission to challenge the status quo and support organizations in building diverse teams, equitable systems, and inclusive products and workplaces.

Feminuity clients include Google, Knix, Shopify, Canada Learning Code, and is led by co-founder and CEO Dr. Sarah Saska, who is a researcher and advisor to the growing body of research relating to diversity, equity, and inclusion in the Canadian tech sector.

Saska co-authored “Inclusion, Intention, Investment: A Playbook for Women Working in Tech” in partnership with #movethedial, and she has advised on flagship studies, including “Who Are Canada’s Tech Workers?,” Tech for All: Breaking Barriers in Toronto’s Innovation Community,” and “Canada’s Gender Equity Roadmap: A Study of Women in Tech.” 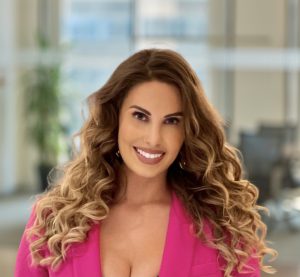 Saska also speaks internationally at tech and human rights conferences and was recently named amongst the Women’s Executive Network’s Top 100 Most Powerful Women in Canada (2021, 2017, 2015), and is distinguished by name on Culture Amp’s list of “Diversity and Inclusion Leaders You Should Know” in 2018 and 2019, as well as Create and Cultivate’s list of 10 Diversity Leaders Transforming the Workplace and Beyond.

I asked Saska to elaborate on her business, the DEI challenges she sees in the Canadian tech landscape, and how her business helps to address and resolve them.

Saska began, “At Feminuity, we work with clients worldwide and of all size… helping them align their good intentions with meaningful and long-term impact. Since 2015, we’ve partnered with leading technology start-ups through Fortune 500s to build diverse teams, equitable systems, and inclusive products and company cultures.”

“When I was in grad school, I led research on the importance of equity and inclusion in technology and innovation design. In the process, I found gaps, biases, and blatant inequity in some of the technologies and innovations intended to make our lives easier and better. These technologies weren’t inclusive or accessible for some and were harmful to others.”

Explained Saska, “Common examples include facial recognition software that doesn’t detect racialized people’s faces, natural language processing (NLP) that doesn’t recognize different dialects, and risk assessment algorithms that disproportionately assign high crime risk scores to Black people. So amid my Ph.D., I took a pause and joined MaRS Discovery District to translate my research into practice, and that’s how Feminuity came to be.”

“The Canadian tech landscape is just starting its DEI journey in many ways,” said Saska. “While the U.S. tech sector has been engaged in DEI practices for years, Canada has been slow to the punch.”

“A fundamental issue in the Canadian tech ecosystem is that many organizations say they deeply value DEI efforts yet do not signal their importance for people with the skills and expertise who do this work.”

Saska added, “DEI work is laborious and technical; it requires specific skillsets and experience to do effectively.”

“For those that are putting in some effort,” shared Saska, “we’re finding that Canadian tech companies are almost exclusively focusing on recruiting without much consideration for what happens once people are inside.”

“Once people are in,” explained Saska, “they experience bias, unfairness, and a lack of real decision authority.”

Saska also shared, “Often, companies are diverse without being equitable or inclusive. A company can have people with diverse perspectives and experiences, but they’re likely to leave if they don’t feel included or supported by systems or processes.

“Canadian tech needs to prioritize DEI because we’re at a critical moment in history where technology can either exacerbate existing inequities or make things a heck of a lot better,” emphasized Saska.

“Right now, many tech companies have more political, economic, and social power than entire countries. They are out-pacing law and policy and playing in the proverbial grey ways that have real, tangible effects on equity and human rights issues. If left unchecked, we know that technological and innovative solutions will continue to hide, speed up, and deepen various forms of exclusion, discrimination, and inequity.”

Remarked Saska, “Tech companies need to integrate DEI because a tiny sliver of the population should not determine and design technologies that impact the majority of us.”

“Tech companies,” added Saska, “have a unique opportunity to demonstrate that they will do things differently; they can design products and services that bring value to the world and develop company cultures with inclusive systems where people genuinely feel they belong.”

Inclusive Language: An Agent for Equity, Context and Empathy

I asked Saska about the importance of language in DEI practice to which she responded, “We know that language shapes our world and is a fundamental aspect of communicating and relating. What is interesting, however, is that specific phrases, commercial jargon, or widely used language structures have complicated histories and can be pretty exclusionary.”

“At Feminuity, we define inclusive language as language that seeks to treat all people with respect, dignity, and impartiality.” Added Saska, “Inclusive language helps us to consider lived experiences distinct from our own.”

“In addition, we strive to challenge unconscious bias in language. For example, it is not uncommon for tech companies to call software components “master” and “slave,” written directly into the computer code and describe how one process controls another. An easy alternative to this would be using the framework of “Primary / Replica” or “Leader / Follower,” which are far more neutral and do not casually reference slavery.”

Saska went on to describe the use of Systems Centred Language (SCL) in her consulting work.

“SCL is a linguistic call to acknowledge and never obscure the social forces that dehumanize marginalized peoples and communities,” explained Saska. “SCL asks that when we discuss how others experience oppression, we recognize that broader structures in society are integral to understanding individual outcomes and circumstances. So, for example, we would say, “Black youth are exposed to additional harm” (acknowledges that people are “at-risk” because they have been marginalized) instead of “Black youth are an at-risk group.”

“Adopting a new language takes time and practice, and it can feel unnatural at first,” stated Saska. “For example, instead of saying “hey, guys,” I can say “hey, everyone,” or instead of saying “that’s crazy,” I can say “that’s wild.” There’s nothing *wrong* with the first options, but when I know that certain language choices have a better chance of affirming people and their experiences, I opt for it.”

I learned that active “allyship” means actively supporting a member of our community in an ongoing basis.

Explained Saska, “We use the term “active allyship” to demonstrate that allyship is an everyday practice and never ceases. It is only when we show up/do the work again and again and again that we may be bestowed the title of “ally” by the groups we seek to support.”

“Here’s an example,” shared Saska, “As a *settler,* this week, I can work in solidarity with *Indigenous peoples* by *donating to the Indian Residential School Survivors Society.*

“This statement template helps us consider our positionality, emphasising how solidarity is an ongoing engagement, and reflect on different ways to act on it. At Feminuity, we coach people to use this tool as it can be used in almost any context or with any group we seek to work in solidarity with.”

Being aware, empathetic, and action-oriented about how we work and include everyone will continue to strengthen and open up Canadian tech companies as well as the products and services they bring to society.

What Canadians Read This Year