It’s been dubbed our fastest growing hobby, and certainly the Internet, big data analysis and now, emerging biometric technologies are making genealogy and the cultivation of our family trees both easier and more popular.

There are many popular TV shows, websites and books that act as testimony to the increasing popularity of researching our family history and cultivating our family tree. In all of them, reference is made to an important tool in that process: DNA. It’s the genetic code or set of instructions that steers the development and growth of all life, from humans to viruses (and trees of all sorts). DNA also acts as a roadmap for the researcher seeking family connections.

Of course, advances in DNA analysis have led to economies of scale and application that make testing the human genetic code as easy as a quick throat swab and a hundred bucks. While some discretion is advisable, the more people getting tested, the more data is available, which makes analysis and identification less complicated, meaning for the armchair family researcher, more possible family connections can be revealed. 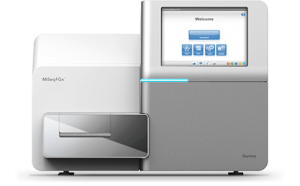 What are called next-generation sequencing (NGS) solutions are being developed by several companies worldwide and turned into DNA-based biometric human identification products used in the analysis of genomic samples. Often for forensic purposes, companies like biotech firm Verogen are also involved in genetic genealogy research, seen in its acquisition of GEDMatch, a free, online database where people upload and find DNA matches.

Like on 23and Me, such results can help people find out how much of their DNA can be traced to a particular location, for example, perhaps where the roots of their family tree begin.

Similarly, family research site Ancestry sells a DNA collection kit, which when analyzed can show someone’s ethnic mix and possibly identify relatives, based on a match of DNA markers.

Each submitted genetic sample, when authorized consent is given, is added to a centralized database, in which Ancestry reports there are now more than 30 billion records and over 20 million people in its growing DNA network. 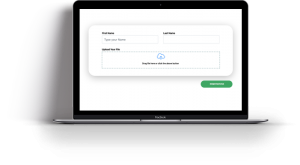 Big data analysis and statistical accuracy are greatly improved the more raw material available, to the point where Ancestry is introducing a new genetic tool which it says has a precision rate of 95 per cent for 90 per cent of its customers.

The existing AncestryDNA match network is now utilizing SideView technology, unveiled by Ancestry as its way of separating DNA into parental sides. Family researchers can talk for hours about which parent gave which genetic characteristic to which child; now, that kind of information can be determined, even without requiring a parent to be tested.

“With our new SideView technology, we can now tell customers with great confidence from which side of the family they received their ethnicities,” said Brian Donnelly, Senior Vice President and General Manager of AncestryDNA. “[I]n the future, we’ll also be able to tell them which communities and DNA matches are from each side of the family.”

Understanding someone’s genetic inheritance without having genetic samples of that person’s parents is a problem (understandably so) that scientists have been trying to solve for decades.

It’s called phasing, and with the power of big data analysis, a new method phasing or separating the DNA inherited from each parent is available, using short segments of DNA that are shared between the genome of the person being tested or phased and those of distant cousins. With enough related genotypes, technologists can piece together overlapping similar segments until the entire genome is mapped.

According to researchers Keith Noto and Luong Ruiz, in their paper Accurate Genome-Wide Phasing from IBD Data, as genotype databases increase in size, so too do the number of detectable segments of identity by descent (IBD): segments of the genome where two individuals share an identical copy of one of their two parental genetic fingerprints, due to shared ancestry. 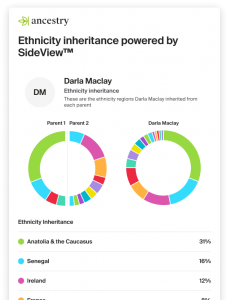 They report the ability to separate the DNA inherited from each parent completely, across the entire genome, with high accuracy in a test set of just 30,000 individuals.

So the size of existing commercial DNA databases like Ancestry’s (which is owned by the investment firm Blackstone Group) will open up new genealogy tools for family historians. Ancestry says its SideView technology will enable AncestryDNA customers to see family matches by parental side, follow community and ancestral journey patterns for each parental side, and learn more about their ethnicity inheritance.

As the science and technology used by family historians improves, so too, the discoveries and stories they can share. 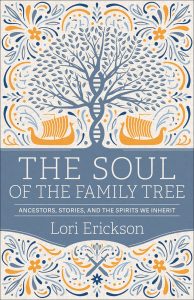 In just one book about genealogy, the examples are plentiful: The Soul of the Family Tree, subtitled Ancestors, Stories, and the Spirits We Inherit, the technical and then spiritual are blended together in an enjoyable read.

Author Lori Erickson describes her own DNA testing experiences and encounters with big data and statistical analysis, noting how they helped her find her “spiritual DNA, the soul material that makes me who I am.”

While she traces her roots way back in time, centuries in fact to Viking and Norse history, she throws in a techno-tidbit that clearly links her past with our present:

It seems that advanced wireless technology protocol we use today, to send bits of data between digital devices? It has its roots in the tenth century: yes, Bluetooth is named after Harald Blåtand, or Bluetooth, a tenth-century Viking king who fought to unite countries in Scandanavia (while apparently suffering bad dental health).

The symbol emblazoned on our devices is a graphic blend of the first letters of his name, written in runes. 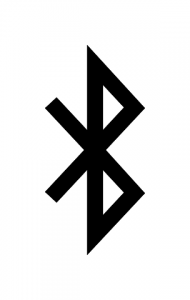 The Knowledge Society: Empowering Canada’s Youth to be ‘Unicorns’