As the Web evolves, it allows people to display their opinions more transparently than ever before. And many of those who have the most to say are speaking as customers. 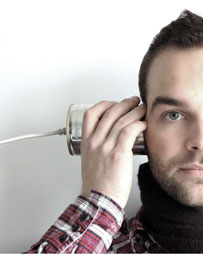 It's all about listening. Image: Melvin Gaal (Mindsharing.eu)

This is forcing companies to be more proactive in building processes and structures to actively mine customer conversation, whether it be through direct social channels or third party discussion forums, boards and social networks. This flurry of conversation is what has the potential to determine a company’s demise, if it isn’t properly dealt with.

Some time ago, I worked with a company that was going through a brand change: New name, new business model––all in an attempt to show the world it had changed. The new “company” (Company X) was formed in response to years of negative consumer response to its customer service, pricing model and a slew of other negatives.

While the brand change was a strong step forward, it did not dismiss all the years of questionable service and customer complaints still evident and thriving in social forums. The company had no hope of survival until it remedied its past. This meant  changing detractors into supporters – not an easy feat.

Evidence of Company X’s problems were deeply embedded on Web forums. The company realized that comments that were over 7 years old did not necessarily mean no one was paying attention. Those threaded conversations had over 300 posts that continued to the current day. A comprehensive social audit was conducted to provide insight into these conversations. The result of the audit necessitated some fence-mending before the company could go forward.

But it worked. Company X’ had some outstanding results.Within 4 months, it was able to gain favour within the negative forums by listening and providing solutions and making fundamental product and service changes based on the forum feedback. Forum engagement levels eventually played in the company’s favour as the forums became live focus groups that fed insight for continuous product improvement and promotion testing.

The bottom line? Within a short period,social media had the highest ROI compared to other direct acquisition channels. This fundamentally changed how social media was perceived within the C-suite, and managment began to transform Company X’s customer touch point processes. Most importantly, the company realized that the relationships it cultivated with its customers provided a a sustainable revenue base. Eventually, these strategies would evolve into best-practices for customer retention.

Whats the larger context? Here are some stats related to customer retention from CustomerThermometer:

My early exposure to social media provided me an opportunity to experience first-hand the volatile nature of the online environment and its potential negative impact on companies. Here are some of the lessons I’ve learned along the way:

It all comes down to honesty, transparency and humility… all in an effort to build trust. This is, perhaps, the most difficult mindset shift in an organization. Most companies take comfort and hide behind the art of ‘spin’ and obfuscation. But once a company realizes that customers can see through this,  they may opt to employ a different strategy––one that is more accessible to and accepting of their customers.

Jumping Right In with the Samsung W300 Camera