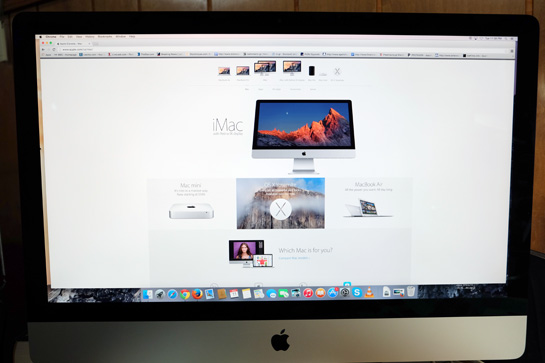 The idea of 4K Ultra HD resolution is usually reserved for the highest-end TVs, but Apple has packed in a huge number of pixels into its latest 27-inch iMac. The quality of the display is fairly clear, but whether or not there’s enough of a viewable difference to justify spending the money depends on what you plan to use it for.

To suggest that this particular iMac is all about the display isn’t overstating anything. A quick glance at the spec sheet reveals that the components inside are largely the same as the non-5K model Apple released last year. One key difference is the AMD Radeon R9 M290X graphics chip used to power the display. Last year’s non-5K iMac uses an Nvidia graphics chip, and that model is still available as an alternative at the 27-inch form factor.

Intel’s Core i5 (3.5GHz quad-core) is the base processor, though there is an option to pay more to upgrade to the 4.0GHz Core i7. This is a curious choice, given that the starting price for the iMac with 5K is $2,749. At that price tag, Core i7 probably should’ve been the base processor.

The rest of the lineup is familiar. RAM starts out at 8GB, but we would recommend an upgrade here to at least 16GB. There is the option to do it through Apple for $200 extra, but it may be faster and cheaper to buy the RAM separately elsewhere and install it yourself. It might also be more expedient, since made-to-order models are shipped from the factory in China, and can take a good couple of weeks to arrive. If your local Apple Store or big box retailer has the base model in stock, and you’re only interested in upgrading the RAM, it’s a definite time-saver to go the do-it-yourself route.

The FaceTime camera is the same, the ports in the back are the same, and so is the 1TB hard drive. And, of course, all of this is squeezed into the same thin frame that has been the hallmark of the iMac since it was first introduced with the 2012 model. 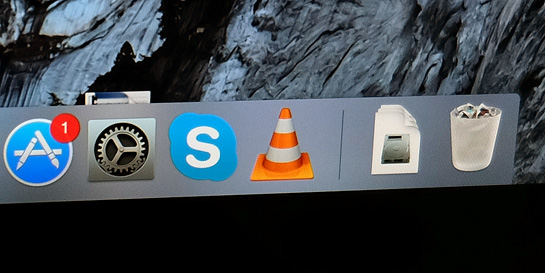 So naturally, the 5K Retina display is the central piece that forms the device’s identity. Without it, it’s just another iterative iMac, though Apple isn’t selling it that way. In case you’re keeping score, this display has four times the pixels (5120 x 2880) of the non-5K iMac — 14.7 million in total.

There’s no doubt it’s a huge step up, except it doesn’t necessarily translate that way off the bat. It’s one thing if you’re upgrading from a 2010 iMac to the 5K Retina model, where the differences go well beyond just the aesthetics of a thinner profile and sharper display. Four years apart, they are very different machines. Not so much with the 27-inch thin models of 2012-13.

That essentially means that the display has to serve a practical purpose, be it for video production, photo editing or any other profession where the extra pixels can make a tangible difference. In other words, we’re talking about workflows, not casual work.

The benefit of such a sharp display is that you would be sitting close enough to it to appreciate the extra detail. That can be vitally important for professional use cases but perhaps not as pertinent when it comes to just browsing, word processing or even gaming. Indeed, the 5K Retina display might suggest that gaming at the higher resolution is a major plus, yet it’s actually a non-starter because the graphics chip and processor simply can’t handle a game in 4K running at 60fps. So, scratch gaming off the list unless you’re perfectly fine running it in 1080p, which you can probably do with the non-5K model anyway. 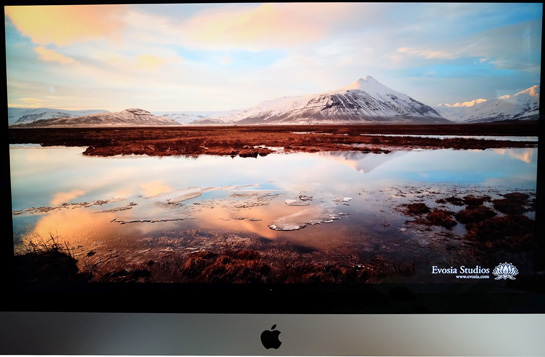 On the other hand, playing a 4K video plays smoothly and highlights the advantages of having a display that can handle that kind of content natively. Content in 4K, however, is still limited, and this wouldn’t be a computer to buy primarily to watch movies filmed in 4K. It would be if you’re editing 4K video or movies on a regular basis though.

As much as Apple is towing a mainstream party line with the iMac 5K Retina, it’s actually anything but. The Mac Pro desktop may be the tool of choice when it comes to professional users, but this iMac is just a step down on the same use cases. Some users might find it a bargain since it’s $550 cheaper than the base model Mac Pro.

If having a sharper screen means that much to you, and you don’t mind the asking price, the iMac with 5K Retina is easy to like. Few, if any, other desktop all-in-one computers match what it brings to the table. It just might serve you better if your work benefits from all the extra pixels on-screen.