You know, of course, about the end of the Internet. You’ve taken all necessary precautions, right?

Well, at least folks in Montreal are doing something.

After a two month beta test period, the information site is rolling out news about next-generation Internet features and functions for commercial or consumer network environments.

That’s really crucial, if you heed warnings from companies like Google, which says the “continued health and openness of the Internet” is at stake.

Others folks noted that our current Internet protocol (we’re at version 4) will run out of addresses by 2011.

Briefly, the Internet runs on 32-bit IP addresses, and with some pretty fast math, that means the theoretical maximum number of computers on the Internet is four billion or so. Of course, there are lots of inefficiencies out there, in how IP addresses are used, so running out of IP addresses is a real concern.

Eventually, we’re supposed to all switch to IPv6, with its longer 128-bit addresses, enough to supposedly solve the problem once and for all.

But adoption and pick up is a problem, too.

IPv6 has been on the books for nearly ten years, but according to some industry stats, only 4.4 per cent of networks worldwide are currently IPv6 enabled.

So gogo6 is in the right place, at any rate, and it is spreading a good message.

“We built gogoNET because we believe participating in a professional social network is the best way to acquire the knowledge necessary to implement IPv6,” said Bruce Sinclair, gogo6 CEO. “If you think about it, it’s easy to find information on IPv6 but not knowledge. Knowledge comes from formal training, past experience or the experience of others. Given most professionals were not schooled in IPv6, learning it from others is the most practical alternative. gogoNET is a collection of professionals with different IPv6 knowledge – tapping into this allows professionals to make sense of the information out there and to make the right decisions.”

gogoNET connects tens of thousands of v6 professionals around the world, including 50 separate groups or associations. Its members are posting, blogging, discussing, sharing and reviewing the latest technical and business issues surround the next generation Internet.

There are hundreds of videos, presentations and books available on the site, as well.

Members also get a chance to use IPv6 now, even before their own ISPs offer it, through the Freenet6 service

Freenet6 has POPs in Montreal, Amsterdam, Taipei and Sydney and includes services for 6in4 and 4in6 tunneling and a collection of tools to test and debug IPv6 networks, organizers describe.

Gogo6 customers are mainly ISPs, as you might expect, but also governments and research & education networks.  For the rest of us, well, companies like Apple, Panasonic and HP have IPv6 ready products – just not a lot of networks to connect ‘em to.

I guess that’s where gogo comes in. 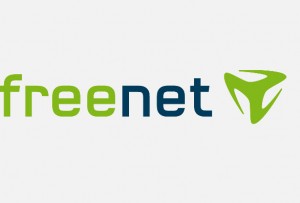