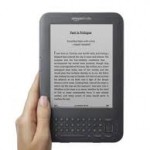 Faced by increasing competition, Amazon has re-jigged its popular eBook Reader by making it smaller and more affordable even as it offers a faster and improved reading experience, we check out the Kindle 3 and all it has to offer.

We were big fans of Amazon’s Kindle 2 eReader when it was released in Canada two years ago. At that time, its free-3G wireless feature (which allowed users to search for and buy eBooks, magazines and newspapers instantaneously) was positively cutting edge.

The device’s slim profile, built-in keyboard and astounding battery life (thanks to the superb yet low-power E Ink display) made it the most compelling eBook reader and service at the time.

Since then we’ve seen a flurry of competition from Barnes & Noble (the Nook), Sony (Sony Reader), Kobo (Kobo Reader) and a few others. The result was an unprecedented price war for the readers themselves as well as increased interest in consumers. Amazon responded by innovating and downsizing some features and the result was the Kindle 3. 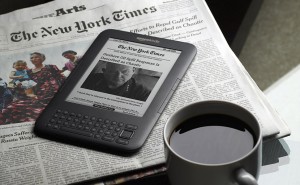 The Kindle 3 is a smaller, thinner and more portable and thoroughly improved device. It eschews 3G in favour of Wi-Fi, which in most cases is more than suitable for browsing the Amazon store and buying new things to read. The new Kindle is a more intimate device and now that it is slate grey in colour, it seems less toy like and more serious than its predecessor.

Now the price has come down (US$139 via Amazon.com) and so has the size even as the  screen size has been maintained at 6″ inch even though it has 50% better  contrast than the previous model. You can still get a 3G+ Wi-Fi enabled device which also does Wi-Fi for US$190 but we’d suggest sticking to the cheaper version and spending the money on a nice carrying case. 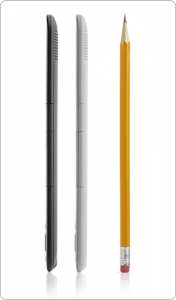 One can’t help but wonder at the foresight, care and attention that went into designing this device. The subtle yet coarse texture on the keyboard’s keys, the almost organic way it feels to the touch and the hyper-intuitive, utterly idiot-proof user interface that ties it all together defines a less-is more approach that just works. It is all about the joy of reading and this is evident.

Amazon also allows users to carry their personal documents which can be encoded online for a small fee and then transferred or downloaded into the device, it is a neat solution for those with specialized needs and may serve students or folks who need to carry a lot of text like lawyers or journalists.

We’ve had the device for just a week and we are already finding ways and means to read more and use it. We also find that unlike the earlier Kindle, this smaller model travels a lot better. Waiting room at the doctor’s, afternoon subway or bus ride or even enjoying a cold beverage at the pub are all great Kindle occasions.

The additional “experimental” WebKit browser is usable if you don’t mind reading greyscale webpages, it works great for RSS feeds but isn’t optimal for images.

Getting books is easy you can buy directly from the device and they appear within seconds thanks to Amazon’s deceptively easy One-Click buying system. You can also buy the books from your PC and send it to your Kindle or any of your devices running the Kindle app, this includes most of the major smartphones as well as the iPad.

This third version of the Amazon Kindle is a top-shelf book reader in a fast maturing market. Its feature set, new size and screen plus the vast amount of content on the Amazon Kindle store solidify its place as the no.1 eBook reader device in North America.

Is the iPhone 4 worth the upgrade?