OMG – your iPhone tracks your movements!

Well, duh!  Your Android does too. And the wireless companies and the online map services and the social media sites and, well, you know…. 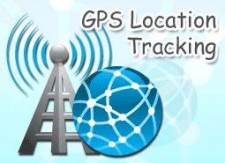 GPS Tracking is becoming a major issue for some cell and smartphone users.

It surprises me that people are surprised. For years, I’ve been asking friends and acquaintances, ‘How do you think the phone company knows how to deliver a call to you? Think they scour the whole planet in a milli-second or two, hoping to find you somewhere?’

But over the past few days, the fan has even gotten even dirtier with breathless reports of what two British scientists have ‘revealed’ about the inner workings of the iPhone.

There’s something in there that has folks “deeply disturbed”….”quite shocked”… “incredibly concerned”. Something about a database they’ve found in there.

But hey – buried deep inside the ol’ iPhone 3G users manual (Pg 16) is the following:

“By using any location based services on your iPhone, you agree and consent to Apple’s and its partners transmission, collection, maintenance, processing and use of your location data”….”including the real-time geographic location of your iPhone…”.

So, what were those scientists saying again? Why are so-called privacy experts going ballistic – haven’t any of them read the instructions?!?!?

I’d like to think I am just as concerned about online privacy and mobile security as the next person, maybe more so. With the chance to write about such concerns here at whatsyourtech and elsewhere, I’ve learned there is lots of good tech information about self-protection available.

Reading the directions is probably a good place to start, so these latest reports just have me shaking my head.

So, did the researchers and industry analysts really not know about this before hand?  Even without reading the instructions, I thought this was well understood.

As far as I can tell, cell phone tracking software has been in use since cell phones themselves starting to hit the scene in the 90′s.

With GPS and other locating tools embedded, cell phones and smart phones even tout the capability, such as with child find safety apps that parents can download for free!

Other more sophisticated tools, still readily available online, allow for the tracking and viewing of call records, SMS text messages, URL logs and geo-position tracking and mapping. Specific times, dates and locations are easily stored and retrieved, as well as the coordinates of any nearby cell nodes or Wi-Fi networks.

Tools for tracking the location of a cell phone are global in capability.

Especially with mobile, but in a lot of other connected situations and with a lot of other high-tech gadgets, individual privacy is often severely compromised. There are initiatives here in Canada and around the world to build into new technologies some added privacy protection by design.

Right now, it seems the opposite is the default position, however.

There are clearly certain inherent contradictions between commerce, consumerism and confidentiality. More than the marketplace, however, data security is also a geo-political issue affecting countries and companies around the world.

So, authorities in Europe are assessing the potential impact of this mobile tracking ‘discovery’ of behalf of their citizens. Politicians in the U.S. are calling for Apple to explain itself (beyond the user manual, I guess), too. Here in Canada, online advocates have called for the federal Privacy Commissioner to initiate a privacy probe.

Of course, Android and iPhone users can opt out of data collection by turning off location services on their phones.

Manufacturers say this limits certain functions of the a phone, such as photo geo-tagging and the look-up bookmark on some mapping tools.

Did they mention it could affect getting a call at all?

Have you read your user’s manual?

Does mobile phone tracking and activity collection concern you?

Blogging: To Pay or Not to Pay