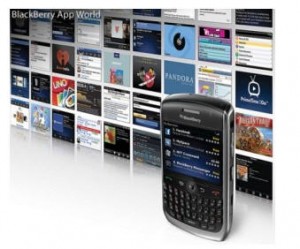 With no new handsets coming until the end of 2012, Research in Motion is doubling up its efforts to provide users a more compelling array of applications on their existing BlackBerry devices.

The hardware that is out there now is all that RIM has to work with so the objective is to make it more valuable to users and one quick way to do this is to get more apps into their marketplace.

They are doing just that with the PlayBook OS 2.0 update  coming around the corner.

PlayBook 2.0 will be free to existing users and will bring native email, calendar, contacts and BBM messaging to the PlayBook. The secret weapon of PlayBook 2.0, however,  will be its Android Player.

If it works as planned, the Android Player will enable hundreds of Google Android apps on the PlayBook, giving users a plethora of new reasons to pick up and play with their tablet, a bonanza of new apps. 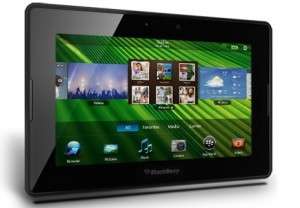 RIM has also pushed to get popular game titles like Angry Birds and Plants vs. Zombies on to the PlayBook, it is actively pursuing the top apps on competing platforms as well.

The company is enticing developers in any way it can, even offering them free PlayBooks in exchange for  porting  their application to BlackBerry.

While BlackBerry is nowhere near Apple’s inventory, RIM’s CEO Thorsten Heins sees opportunities for the company to maintain global market share. Sixty-five percent of Europe still uses feature phones, which is a great opportunity for companies like RIM to pick up market share and apps are part of that equation.

During a demo at last month’s CES (Consumer Electronics Show), Jonathan Wong, Senior Product Manager for RIM, showed me some off the new apps coming to PlayBook.

The most impressive was Citrix Receiver (http://www.citrix.com/English/ps2/products/product.asp?contentID=1689163), which allowed the PlayBook to run Windows applications such as PowerPoint, Office or Outlook.

This is great news for existing PlayBook owners, but whether this functionality will make the tablet enticing enough for new customers remains to be seen.

RIM is adding value to existing devices and also building app capital for the next generation of products, this is a good strategy that might just pay off.