As technology continues to extend our senses beyond the immediate and the physical, all manner of digital content, even reality itself, is being enhanced and augmented.

No matter the medium, application developers and content producers are adding virtual content to a real environment, and they are using digital information to alter – and hopefully improve – the reality in front of us. 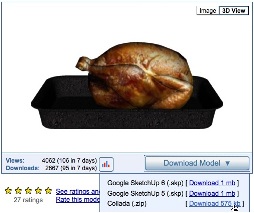 Augmented reality refers to a technology-mediated view of the physical, real-world environment around us, one that has been changed or enhanced in some way by computer-generated elements, like audio, video, graphic overlays, and GPS data.

Sports fans have long been exposed to augmented reality on TV; think of the yellow first down line that’s superimposed by TV networks onto a football field (and yes, there’s always that glowing red puck).

Newspaper readers can look at the world differently, too: Canada recently saw its first-ever augmented reality newspaper ad, which encouraged readers to use their smartphone to look at the printed page.

When someone aimed their device at the print ad, AR took over to match the ad with supplemental cloud-based content, using Layar augmented reality (AR) technology to superimpose that content on the screen view.

And Google is even more ‘in your face’ with its approach to AR; it recently announced Google Glasses, with added information displayed on a head-mounted display (shouldn’t it be Google Goggles?).

These types of AR applications and examples were discussed at the sold-out Ontario Augmented Reality Network (OARN) conference held last week in Toronto.

AR can add extra content to what’s seen on a smartphone display screen.

It was hosted by the Ontario Augmented Reality Network (OARN), itself a leading collaborative space that brings together university researchers, private-sector developers, cultural agency representatives, trade associations, and business generators dedicated to building and expanding the Augmented Reality sector.

(OK, well, virtual turkey may not be the best example for building an industry, but at least these folks have a good sense of humour to go with their view of reality.)

A former new media project director at the National Film Board of Canada, Kee and his Brock team developed a GPS-guided interactive tour of War of 1812 sites that became an iTunes app.

Online documentaries and educational content from organizations like the NFB have made great use of augmented reality techniques and technologies; it’s award-winning Bear 71 doc used AR to help audiences see the world from a bear’s point of view, creatively re-imagining ‘nature’  with the help of trail cam video footage and ecological urgency.

AR can deliver the goods with a sense of relevancy and immediacy not easily created on any other platform; following a bear is one thing, but following the bull and the bear is another.

When the story is about our economy, and the financial systems and market realities that rule our world, AR can bring a totally new perspective to the marketplace.

Augmented reality shows how the economy is impacted by oil spills in the NFB production, Payback.

In Payback, for example, NFB creative and technical teams adapted the non-fiction book by Canadian author Margaret Atwood to convincingly demonstrate that the idea of “debt” is in fact a very human one, even as it seems at times oppressively artificial.

Almost counter-intuitively, it seems that reality can make the best use of augmented reality – non-fiction comes alive in a more meaningful way as AR provides more functionality, even the integration of live camera feeds, using a smartphone camera to capture what the user sees in real life, and then integrating that into an educational application.

The Wikitude World Browser, available for Android, iOS, BlackBerry, and Windows Phone users, displays live information as the smartphone points to stores, hotels, scenery, and the locations around the user. 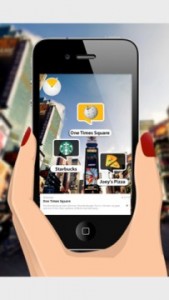 Tourism is one thing, and AR developers are already working on the next: point an AR app at the human body, for example, for a precise layout of internal organs (hopefully healthy, but if not, AR is seen as being able to help with diagnoses and treatments in future applications).

For now, AR can bring a little comfort and relief just by walking down the street.

In its first roll-out, iRiS AR was used to invite the public to experience Drambuie: a Taste of the Extraordinary as they passed by urban transit shelters.

Just by pointing at a printed QR code on a poster, an AR app was downloaded to a consumer’s portable device, and they could then interact with audio, video, and other assets.

Legal drinking aged consumers were also invited to save the application on their smartphone, as campaign managers say it would offer more augmented reality experiences over time.

Turkey leftovers can’t be far behind!