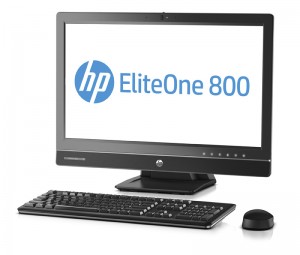 LAS VEGAS – The desktop PC isn’t dead. That was part of the messaging behind HP’s Discover business-focused event, as it unveiled a number of tools and services made for enterprises, but also scaled down for small businesses.

Unlike the company’s other consumer events, this one was entirely about the backbone behind how businesses run and manage their data. Traditionally, enterprises are the main focus at events like this, but small businesses are getting much of the limelight as well.

While consumer desktop PCs were outsold by laptops years ago, they remain the majority in the commercial space. HP readily admits that the overall desktop market won’t grow, now that mobile devices are penetrating the workplace more and more, but they’re pushing new products to grow their share of a shrinking pool.

Hence, why HP announced its new thinner and more powerful Elite and Pro all-in-one desktop lines. Enterprises are certainly the target market for these, but the company took just as much time talking about their deployment in small and medium-sized businesses. Since Canada’s private sector is largely made up of SMBs, these two lines are meant just as much for startups and growing businesses here.

The top of the line all-in-one Elite 800 G1 comes in either a touch-enabled model running Windows 8 ($1,299 U.S.) or a non-touch model with a 23” matte screen running on Windows 7 ($1,099 U.S.). There were also new desktop towers introduced for end users who already have monitors but want some of the hardware frills of the all-in-ones. 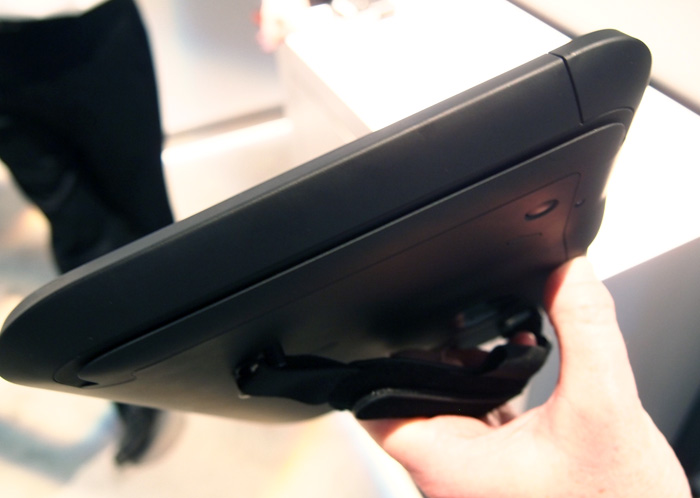 There wasn’t a new tablet to show off, but HP did have the Retail Jacket for its ElitePad business tablet. The Jacket is a hybrid case and point-of-sale solution that would allow anyone to accept payments through credit, debit or gift cards.

It features a 1-D/2-D imaging barcode scanner, three-track magnetic strip reader, a USB port and the option to add a secondary battery to push battery life up to 20 hours. It is expected to come to market in September, though HP hasn’t revealed pricing information.

The ElitePad does run on Windows 8, the latest version of Microsoft’s operating system, but it’s not clear how many businesses have adopted it thus far. Smartphone and tablet point-of-sale has been around before, usually as a result of third-party accessories with software apps to handle the logistical side.

Of course, managing data in a growing capacity usually requires a server, and that’s another message HP has been touting for SMBs. Servers have long had the image of rooms or closets with racks of black boxes, flashing lights and tons of multi-coloured wires going all over the place.

HP says that current buying trends indicate at least 5.1 million small businesses worldwide will purchase their first server within the next five years, according to AMI Partners, a global strategy consulting firm. 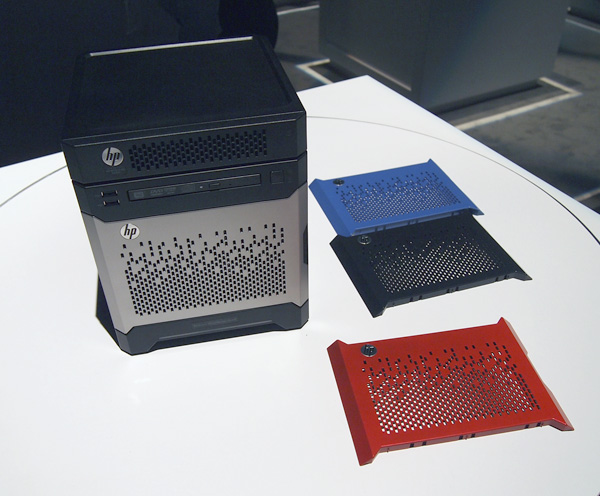 It helps that scale and price are attractive. The ProLiant Microserver Gen8 is available now for $449, and it’s small enough to sit on top of a desk. Ideal for small of home-based offices where space is limited, this entry-level server supports between one and 10 users, offering four hard drive bays that can handle 3TB each. And in a touch of consumerism, users can change the colours of the server’s door, and even print out custom skins for the sides.

For small businesses with up to 25 users, the next step up is the ProLiant ML310e Gen8 v2 at $869, which comes to market next month. This one is also ideal for helping manage a branch office or remote workers, offering enterprise-level features in a smaller frame and a cheaper price point.

Much of the rest of the event focused on IT trends like storage and big data, which were predominantly aimed at enterprise customers.

HP also surprised some by announcing a partnership with Google called “IT in a box”, whereby HP will become a Google Apps reseller and bundle those apps and tools in its products, including PCs, printers, servers and other IT products in the company’s portfolio. The rollout will begin in July and will have all the major Google Apps in that suite, from Gmail, Drive, Docs, Calendar and Gchat.