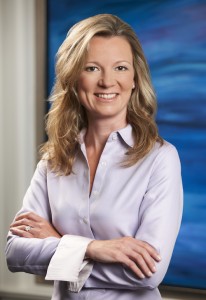 Women in Capital Markets (WCM) believes that once women in senior leadership roles leave the industry for an extended period of time, they find it difficult to re-integrate. The non-profit advocacy organization is working to change that for women in the finance sector. But Jennifer Reynolds, CEO, talked to us about how the program is as applicable, and easily replicated, in industries that face similar barriers, like the technology sector.

“There’s an off ramp when women decide to take some time off,” says Reynolds, “but the on ramp is really hard. This program says to women there is a door back in, we want you back. We bring them back into comparable roles.”

Launching three years ago, central to the program is a spring conference where women are invited to network, hear from other women who have gone through similar situations, learn about what’s new in the industry, and apply for the Return to Bay Street award. Winners receive a four-month internship at one of four banks participating in the program: BMO, RBC, Scotiabank, and National Bank, along with $5,000 to use toward educational funding, a mentor in the industry outside of where they have their internship, and a membership to WCM. The internship, says Reynolds, is to be used as a springboard for these women to re-enter their careers. So naturally, the goal is that the position will turn into a full-time job. And that’s already happened for the six winners over the last two years.

“They come back, jump into a role that uses their 10-12 years of experience and get right back up the curve,” says Reynolds. “The thing I hear overwhelming from these women is that they are back in and, within a few weeks, they feel like they never left.”

These women aren’t given entry-level positions so they have to work themselves up again. Nor is it a “charity” situation. “It’s not ‘here’s a desk and go sit at it for four months,’” says Reynolds. “These are real opportunities. When we pick the winners and the companies decide, the thought is that we have a real job this person can do. These are real positions they think this person can be suited for.

“The banks involved do a great job helping with the re-integrating process,” she adds. “They get them introduced to people, give them the opportunity to network and be a part of the organization.”

There are a lot of parallels with the finance and tech sectors. Both industries are noticeably male-dominated.

One particular concern in tech is how rapidly the industry evolves, which can hinder a woman’s ability to reintegrate after a long absence. But Reynolds says technology moves quickly in the finance game too, and while this admittedly represents the most difficult hurdle to overcome, most find they can catch up quickly.

“We have a major problem in our economy,” says Reynolds. “The vast majority of leadership roles are held by men. We’re not maximizing our talent pool. Those people who decide to take some time off are pushed off that leadership path.” This is applicable to men, too, given that more males are now also taking time off to tend to the family.

“Every company has to realize we have to modernize our concept of work,” adds Reynolds. “It doesn’t mean you’re off the tracks and can never catch up and have to go find something else to do with your skill set.”

Given the relative newness of the program, most applicants and job placements are within Toronto. But the banks are both national and international, and as the program builds awareness, there may be opportunities in other parts of Canada, as well as around the world. In fact, this year saw the first placement in New York City.

“It’s a program that’s worthwhile for any industry that has a dearth of senior leadership,” says Reynolds. “You have to be innovative to retain talent and create a pipeline for senior leadership.”