Some Canadians may understandably feel it is their charter right to complain about slow Internet speeds, particularly if they are not directly involved in some futuristic connectivity plans rolling out along Toronto’s waterfront.

Two new communities being developed there are being wired with an advanced fibre-optic infrastructure that’s ready to deliver connection speeds faster than many other North American networks. 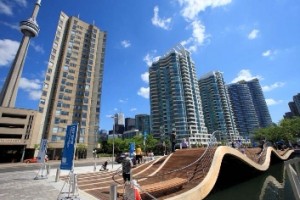 Along Toronto’s revitalized waterfront, high speed broadband Internet connections are being provided to residents and businesses.

The area’s high-speed fibre-optic network will deliver its Internet services starting at 500 megabits per second (both up- and download); that’s roughly fast enough to download a music album in about a second, an hour-long TV show in about three seconds, or a high definition full-length movie in less than one minute.

Sure, fast downloads are great to have, but this particular high speed network is designed for business as well as consumer use, and it is part of efforts to enable innovation, promote economic growth and allow local firms to reach a global market.

What’s more, it can go even faster when needed: network architects say it can supply one gigabit service to every connected unit if required, and that it can be upgraded to deliver 10 gigabit service in the future.

That’s not just marketing boastfulness – it is part of the service contract.

The network is being built and operated by Toronto-based telecommunications firm Beanfield Metroconnect in partnership with Waterfront Toronto, the agency overseeing development across the waterfront; the network is going to connect both residences and businesses in East Bayfront and West Don Lands to super high-speed Internet.

The telecom provider is contractually required to ensure that the network is among the seven leading intelligent community network services in the world for at least 10 years beyond the occupancy of the last building in the new communities. 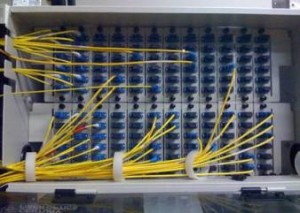 In addition to Internet service, the network will also provide waterfront residents with access to smart services like neighbourhood-wide Wi-Fi, high-tech training in public libraries, business services like virtual desktops or cloud-enabled processing and prototyping, as well as Kids@Computers programs for low income families and the NewBlueEdge.ca, a community Web portal service that posts local news, events and information of interest.

Big data analytics capabilities in the portal will in time provide greater insight about wellness, transportation, energy management, water conservation and sustainability efforts, as well as public safety and security across the community.

“Waterfront Toronto is developing a connected platform that will help generate insight into how to deliver community services more effectively and efficiently for both business and residents,” said Ralph Chapman, vice-president, public sector, for IBM Canada. “This initial collaboration establishes a foundation for continuous innovation and economic growth as the community and associated services continue to expand.”

Add in Waterfront Toronto’s plans to develop a 350,000-square-foot innovation centre to lure high-tech companies to the waterfront, and the community becomes a new hub of innovation, entrepreneurship and economic activity.

Waterfront Toronto is also working with technology partners such as Beanfield, Cisco, IBM, Element Blue (the latter two are partners on the community portal) and others.

“500 Mbps service is just the starting point,” said Beanfield CEO Dan Armstrong. “We also recognize the importance of providing users with a responsive, secure network and unlimited data. These are must-haves for developing next-generation apps and services, as well as for facilitating world-wide collaboration.”

The speeds and the promises are being supported by all-new infrastructure along the waterfront, including a sophisticated data centre with mission critical servers, advanced back-up power and cooling systems. An individual fibre strand runs to each residential suite in serviced buildings on the waterfront, connecting them directly to the fibre-optic network.

Beanfield is also the Official Waterfront Communication Services Supplier for the 2015 Pan Am & Parapan Am Games, and the company will provide broadband network infrastructure for Games venues and throughout the Athlete’s Village.

Founded in 1988, Beanfield is a 100% Canadian owned and privately held company. 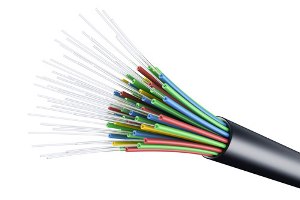 As part of their monthly condo fees, residents will pay $60 for Beanfield’s starting package, and because the service commitment also has some cost certainty built-in, residents can rest assured that the fee will stay the same – at least for 10 years, starting when the first tenants move into each new building.

Existing telecommunications service providers will have fair and equal access to the network and will be able to offer their services through it, providing additional consumer choice.

“Unlimited 500 megabit per second Internet service is a game-changer,” said John Campbell, President and CEO of Waterfront Toronto. “With more than enough bandwidth to allow workers and entrepreneurs in data-intensive industries, such as film, entertainment, and industrial design to create and collaborate from the comfort of their homes, this will help us establish a new innovation hub and stimulate enduring economic growth to help Toronto remain competitive with other world-leading cities.”