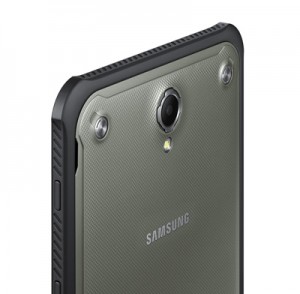 Samsung isn’t shy about trying to offer something for everyone, and that mantra is exemplified in the Galaxy S5 Active, a ruggedized version of the more popular regular iteration of the phone. While it is tough and durable, its niche qualities might seem unnecessary when considering the few differences between them otherwise.

Samsung has been hit by falling profits in its mobile business, partly due to a 40% drop in sales of the Galaxy S5 compared to its predecessor, the S4. The existence of the Galaxy S5 Active mirrored the strategy of a year ago — meaning that a flagship device (the S5) would launch, and then be followed up by more specific variants (the Active) to flood the market and capture niche consumers. This seemed to have worked then, but not so much now.

After using the Active for close to a month, we understood why. On paper, the two versions share virtually all of the same specs. They have the same exact 5.1-inch Super AMOLED display, same processor, same RAM, same internal storage, same microSD slot, same cameras (front and rear), same battery and same interface. In fact, the regular S5 is already waterproof and dustproof to begin with, submersible down to a metre deep for up to 30 minutes. Naturally, the Active is going to be a bit heavier (an extra 25 grams), along with being a little thicker, wider and taller, but there is little else to differentiate under the hood.

To give the phone its tough exterior, the three main buttons are physical, rather than the touchscreen and physical home button combination in the regular S5. This design tweak negates the fingerprint ID scanner of the S5, which might seem like a drawback, but we didn’t miss it, since we’re not big on the feature anyway. 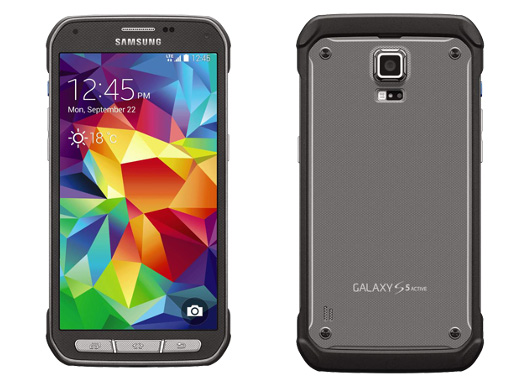 The thicker casing used to make the Active adds shockproof protection, able to withstand a drop of up to four feet to the ground. This is made possible by the hardened sides and reinforced bumpers on the corners, and a back panel that snaps in place. All of this is made of plastic, not metal, giving an initial impression that it may fall apart on impact. We dropped it several times to test that, and in one case, the panel almost came off. Outside of that, it took a beating and kept on going.

Since dropping a phone is usually accidental, rather than any purposeful whipping, the impact shouldn’t be severe. Since the regular S5 is already waterproof and dustproof, we figure that it wouldn’t be hard to replicate the experience using a combination of a ruggedized case and glass screen protector. Both are readily available for the device, and are equally tough enough to keep the regular model from even suffering a scratch.

We only point out this comparison because the Active borrows so heavily from the regular model. It’s as if Samsung stripped the guts of the S5 and put it in the Active. That may certainly appeal to users who want a rugged phone, especially those working in fields where protection is vital, but using a regular S5 with a rugged case feels like the same thing.

Indeed, Samsung could have either made its own rugged casing, or just let the aftermarket do it for them. The niche the company is targeting makes a lot of sense, but doing it this way seems like a waste of resources. Those wanting to use an iPhone in a rougher environment just use a case that allows them to do so. We think the same case can be made for the Active as well.