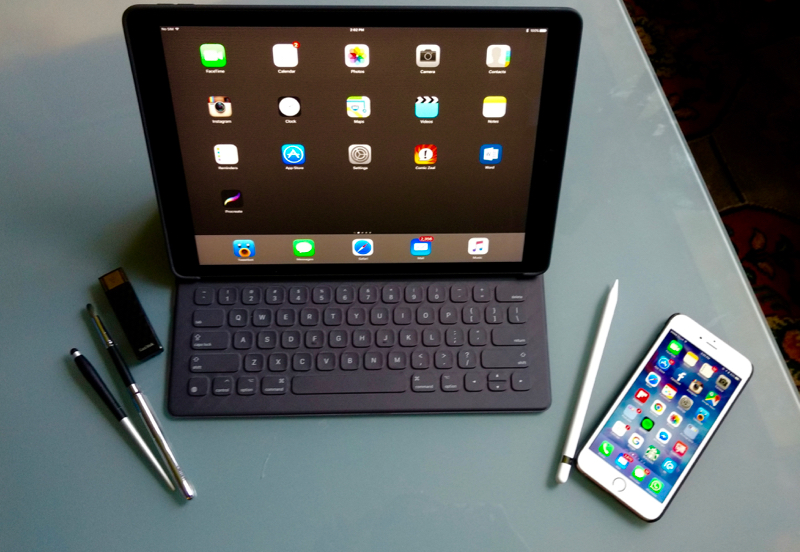 With the 12.9 and new 9.7 iPad Pro, Apple is getting closer to providing the world with iPads that can possibly replace PCs in the workplace. How close are the new iPad Pros to being considered ‘Post-PC’ devices?

The term ‘Post-PC’ has been loosely used by Apple to promote their iPad tablet which the company has long seen as the viable replacement to bulky PCs and notebooks. In and of itself, the iPad is a great content consumption device and an accomplished communications tool but it has always been a hobbled PC replacement because of the lack of PC-level applications and programs as well as the lack of keyboard input.

This has, of course, changed through time. The iPad has become more capable and powerful as well as thinner and lighter and developers have found ways to work around its limitations while accessory manufacturers have made accessory keyboards some of the most popular and profitable peripherals around. 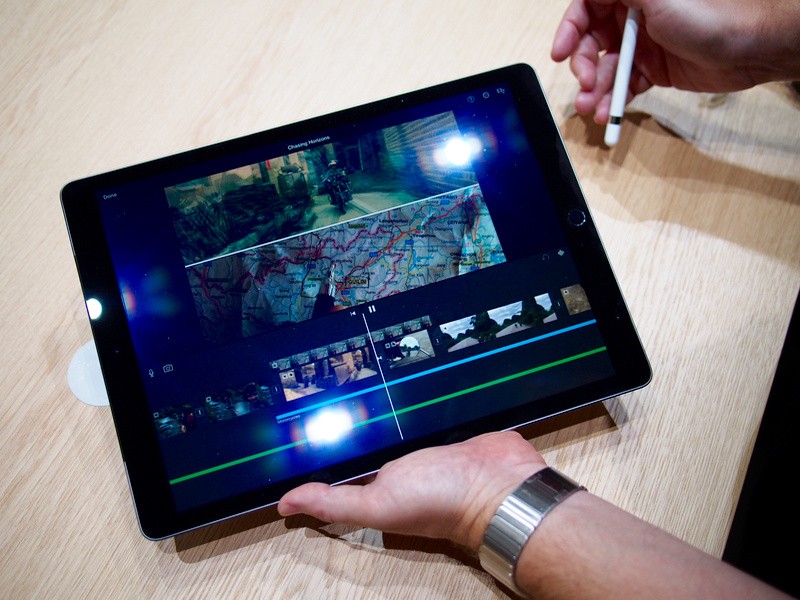 With the iPad Pro, which comes in two sizes including the gargantuan 12.9-inch version as well as the more portable 9.7-inch version, Apple has pushed the ‘Post-PC’ ideal up a new level. The devices now have the computing power of some notebooks while offering accessory keyboards that can handle input the way most notebooks can. Apple has also attacked the issue on two fronts, with great hardware on one end plus the pursuit of more pro-level applications on the other end.

Apple has had help from key software developers. Both Adobe and Microsoft have offered iPad-optimized versions of their selective suites and while they’re not as full-featured as Creative Cloud or Office 365 on a PC, they have most of the features users need and use. With partnerships from IBM and SAP geared towards putting iOS devices in enterprise, the iPad Pro is certain to be at the centre of key BYOD deployments.

How do the iPad Pros fare as ‘Post-PC’ devices? Having used both as primary computing devices on past occasions, I would say that the potential is definitely there depending on what you expect from a PC today.

If, like most office workers, most of your computing is composed of messaging, document creation and editing plus using web-based or specific apps, then the iPad Pro is likely capable of running those functions without much of a hiccup. The problem I foresee is when one has multiple windows or programs running simultaneously (a common situation in most offices that results in some workers having multiple displays and monitors.), the the iPad Pro’s limitations begin to show themselves.

These limitations are, unfortunately, inherent to iOS. The iPad Pro has no ‘pro’ version of iOS and is limited by having no tangible file structure (which means no folders to save or access files which can be remedied by using cloud services). While I found using Microsoft Office on the iPad Pro just as efficient and intuitive as on my desktop PC, I found the way web browsers operate on the iPad Pro to be lacking. These are still mobile browsers and for some reason lack the robust features found in desktop browsers which are how many office workers access their local networks or run web-based services or Content Management System.

For office workers, they need to determine if they can ‘live’ on an iPad Pro and run the key applications and processes demanded by their job. Whether these be apps, websites or specific tools would depend on each individual’s situation. For students, this could be a lot easier. iPads have been accepted into schools and colleges for a number of years now and there a variety of applications and solutions catering to the needs of educational institutions. Using an iPad Pro might even be overkill for many of these situations. 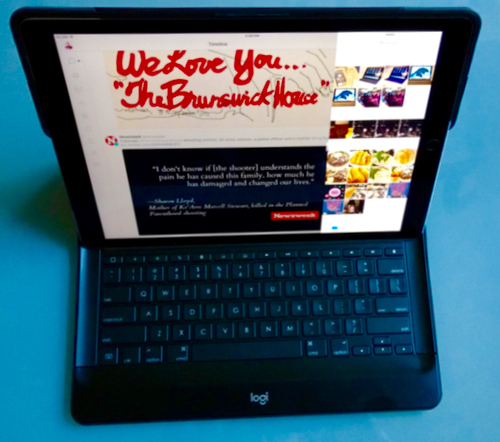 Stumbling blocks for me have been accessing web-based services like Squarespace, WordPress and other content management systems simply because the browsers on the iPad Pro seem to have some difficulty working the same way they do on a browser running on my ThinkPad. This isn’t a limitation on the iPad Pro’s part, but could be fixed by upgrading what the browsers running on iOS can do.

The compact size of the iPad Pro, the excellent display as well as the ability to accept Apple Pencil input makes it a great 2-in-1 device. Apple’s Smart Keyboard is a must-have for anyone thinking of using the iPad to create content or communicate and there are several dongle accessories that make the singular Lightning port work with external peripherals or devices.

The short answer as to whether the iPad Pro is a viable PC replacement is that it depends on what you need to do. In my case, email and word processing are the key requirements of my work.

I also found the iPad Pro is a powerful photo and video editing device which makes it remarkable for something so compact. iPad Pro also lasts longer than most PCs and can last an entire workday give or take a few hours.

In terms of hardware, the iPad Pro can match and surpass most notebooks in the market today but the software generally still needs tweaking be able to replicate what most office workers are used to on their PCs.