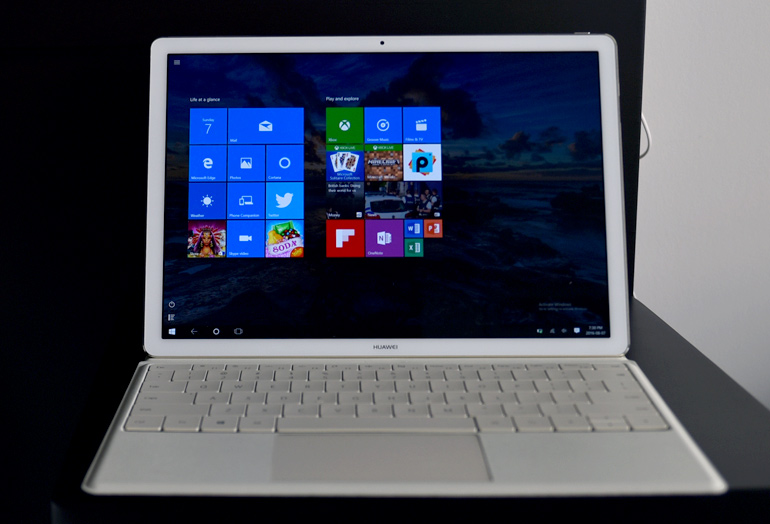 Huawei may not be a brand that comes to mind when thinking of an alternative to the iPad, but the MateBook is designed to be just that. A tablet with impressive specs and the flexibility to act as a laptop replacement, the device promises great performance, yet falls short on usability.

The optics around the MateBook give the impression that this device means business. And it does. The 12-inch display (2160 x 1440 resolution) is gorgeous, right on par with the best tablets on the market. A thin 6.9mm profile (without the keyboard) and reasonable 1.4-pound weight, in a unibody metal body, all combine for a head-turning premium design.

Between the volume buttons lies a fingerprint scanner that is among the most effective I’ve seen on a tablet. Lightning fast on startup (after setting it up, of course), getting to the Windows 10 desktop is super quick. Beyond that, the device is pretty bare on ports. A 3.5mm headphone jack and USB-C port are the only ones. I should also note the 5-megapixel camera on the front.

Under the hood, the device runs on an Intel Core M processor, which is not on par with the company’s Core i5 or i7 chipsets, but is essentially the same as the one running on the 12-inch Apple MacBook. My review unit had 4GB of RAM and 500GB internal storage. It’s a full version of Windows 10, capable of running desktop apps. 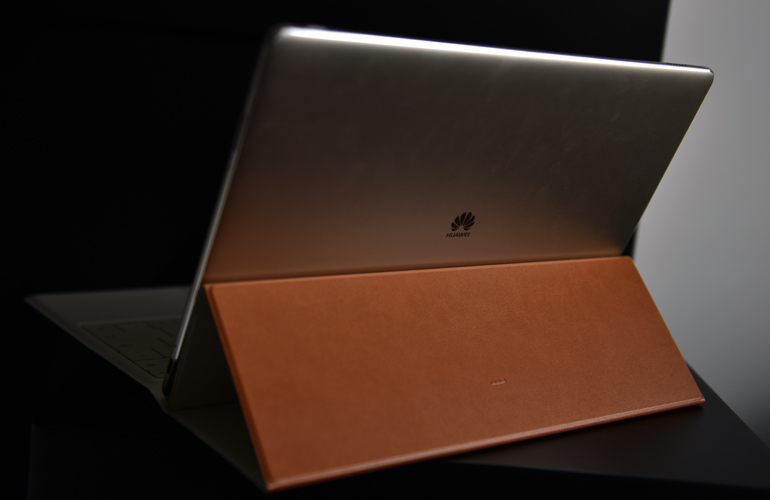 All told, the specs do make this good enough to be a laptop replacement, but it’s the crossroad between tablet and laptop that makes the MateBook stumble.

The tablet’s magnetic 5-pin connector at the bottom connects directly to the keyboard folio case, which comes in all black or a combination of brown and cream. It’s not real leather, but the fake material still feels good. Like a typical folio case, it bends on one side to create an incline for the tablet to lean on. It has a nice look to it, except it’s not especially sturdy.

Picking it up from a table almost always means the device has to be propped up again. Resting it on my lap had similar consequences. Only two angles are possible, harkening back to the original Microsoft Surface, a device that made it difficult to use. Being a laptop replacement isn’t just about performance, but also deployment. The MateBook never feels really secure while propped up this way.

The keyboard and trackpad are decent, though not exemplary, adding to the angst in using the tablet with the folio case. If there were a third-party option that could stand up a little better, and offer a slightly better keyboard and trackpad, these issues wouldn’t be as pronounced. 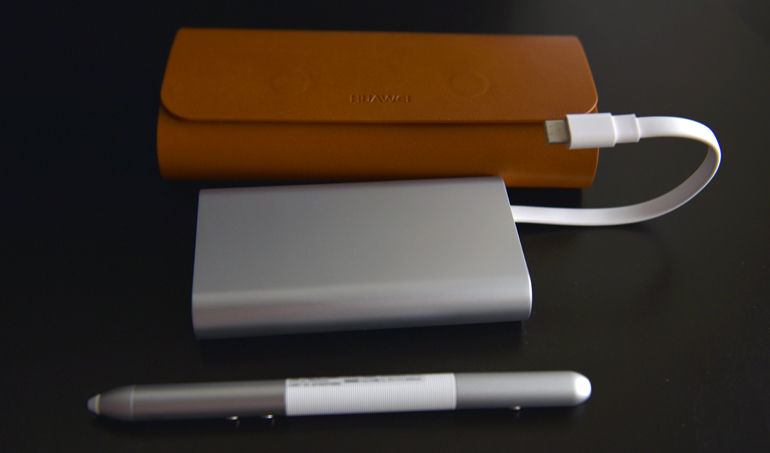 This also matters because the keyboard folio case is separately sold — it’s not bundled with the tablet. Neither are the MateDock, a connectivity hub with two USB 3.0, one Ethernet and one HDMI/VGA port, nor the MatePen, a stylus with a laser pointer built-in.

The pen is not entirely necessary, whereas the dock would be if this were to be a true laptop replacement. But then the battery life comes into play. The internal components make the MateBook capable to handle the basics in productivity. Office, Evernote, web browsing, word processing, email — they’re all perfectly fine here, despite the not-so-great keyboard experience.

Doing more than that will push the processor and RAM further, but no matter what, the device does struggle with keeping the lights on for a full day. I found an average of about six hours with mixed usage, considerably below the nine hours Huawei has rated it at. 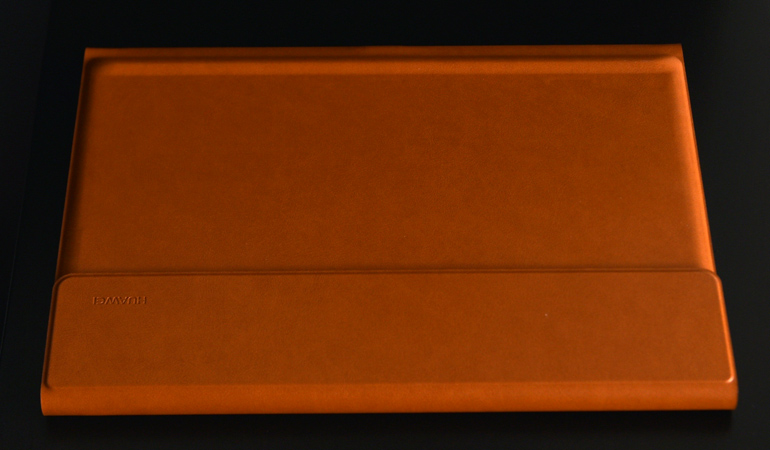 Much of this is a real shame. Huawei made a really nice device here, except it didn’t factor in the usability details that make the difference between being good and exceptional. The keyboard folio case simply isn’t good enough for a device that is supposed to be a hybrid. The stylus may have a novelty with the laser pointer, but is a fairly forgettable device otherwise. The MateDock is fine, though it’s hard to mess up a connectivity dock.

Huawei knows that it has its competitors in this space, yet seemed to try innovating by imitation. There’s been a lot of that in mobile devices anyway, but at this price range, consumers rightly expect more. As a singular tablet, it’s a nice product, but a proper 2-in-1 device, not so much.