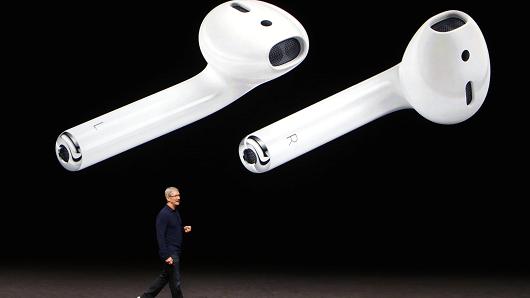 Wireless Bluetooth headsets have been around for years. But sketchy connectivity, poor battery life and higher price has made them niche products. With Apple removing the headphone jack from its iPhone 7 (and several competitors following suit), the Apple AirPods serve as an antidote to the loss of this legacy port, but also offers a glimpse into the future of personal assistants.

Wireless Bluetooth headphones solve a lot of problems. They make it easy to listen to music or any audio without being tethered to a smartphone. This solves the issue of wires getting caught up in things, specially in locations like the gym (where people traditionally strap smartphones to their arms).

I’ve been a fan of Bluetooth headphones since they first came out but quickly bemoaned the issues they brought along with the convenience. A good pair of wired headphones just works.

You plug them in and you listen. With Bluetooth headphones, there are times when pairing to devices can be a headache, sound quality and range are also lacking and many of these headphones are heavy since they’re not just speakers, they have to have batteries, radios as well as controls in order to really work well. 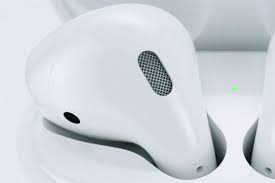 I’ve enjoyed outstanding Bluetooth headphones from manufacturers like JayBird and Jabra, but many of these still had wires running between the earpieces and while they offered great sound and range, the fit wasn’t always perfect because the rubber ear tips were not always comfortable.

Apple’s AirPods stand out because of what they omit. They have no wires, have no rubber ear tips, each AirPod is a self-contained device with speakers, microphones, batteries and touch controls that allows them to 1) work independently of each other 2) enable voice control using Apple’s Siri voice assistant.

AirPods charge in a tiny battery case which resembles a small box of dental floss. It is a pure Apple creation, it is white, shiny and is a rounded circle. AirPods are also microphones, for invoking the Siri assistant as well as for taking calls, Apple managed to make these ideal microphones for carrying on conversations.

I purchased AirPods because I do use wireless headphones for work, at the gym and for listening to music on my Surface Book, iPhone, tablets and other devices. The AirPods fit me well, I could wear them for 5-hours at a time without feeling the discomfort that’s inevitable with other earphones. Of course, your mileage may vary because everyone’s ears are different.

Audio quality and general loudness is good and sound is clear. Connecting AirPods to an iPhone is dead easy and happens almost automatically. Connecting to other devices requires jumping through hoops and controlling the volume can be challenging, but it works.

I hardly use the Siri integration (which can be done by tapping and asking Siri to control volume, track listing or any of the usual iPhone Siri controls). Siri on the AirPods is quite slow right now, to the point where I’d rather pull out my iPhone and run the search there. This could change and even evolve into the AirPods key feature once the latency issues are addressed. This could make the AirPods even more valuable as a go-between tool to iOS devices and Mac computers.

The removal of the headphone jack on iPhones will continue to sting, simply because the iPhone 7’s design didn’t really become thinner or change dramatically from the previous versions. But now that the AirPods are available (and hopefully, they come down in price soon), users do have a viable option for when the next iteration of Apple’s iPhone comes around.

As for using the AirPods separately from the iOS ecosystem, they still work as one of the most comfortable, convenient and capable wireless Bluetooth earphones in the market right now.

5 super-cool headsets for the avid gamer