Worried, concerned or angry about the cost of your mobile phone service? Tell the people who regulate those services.

Do you think your phone and Internet service is too expensive?

Not only are tech websites, phone providers and citizen advocacy groups encouraging Canadian cellphone and smartphone users to have a say about the cost of connectivity, the government itself is asking for input about our retail mobile wireless market.

There’s just a week or so for you to tell the country’s telecom regulator, the Canadian Radio-television and Telecommunications Commission (CRTC), how you feel – and to arrange a appearance at upcoming public hearings, if you so desire – about the state of our wireless market. All Canadian carriers that provide mobile wireless services here are parties to the proceeding; you might as well join them. Comments and interventions must be filed by May 15.

The CRTC has let some of its own feelings about the matter frame the upcoming hearings: it is concerned that retail market concentration remains high (possibly restricting choice, competition and even technological development in the industry). It is concerned about the number of interventions it has to make in the market and it says that suggests “certain aspects of this market are not, in fact, sufficiently competitive in their current state to properly protect the interests of users”. 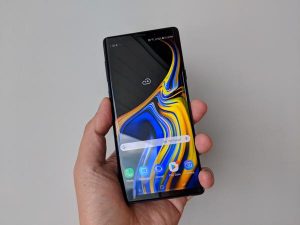 Seemingly regardless of cost, the number of smartphone, cellphone and wireless service subscribers in Canada continues to grow, increasing over three per cent year-to-year and including more than 31.7 million of us.

Smartphone, cellphone and wireless service users may not be well-protected, but they are well-enumerated: the number of subscribers in Canada continues to grow, increasing over three per cent year-to-year and including more than 31.7 million of us.

Yes, according to the CRTC, that subscriber growth (we love our mobile devices) is exceeded only by the increase in wireless profits generated in Canada: $1.24 billion, a year-over-year growth rate of more than five per cent.

But that does not necessarily quite equate to the oft-quoted statement that Canadians have the highest cellphone costs in the world.

In the Price Comparisons of Wireline, Wireless and Internet Services in Canada and with Foreign Jurisdictions 2018 Edition, prepared by Wall Communications Inc. for Innovation, Science and Economic Development Canada (ISED), our prices are lower than in the U.S., for example (across three described service levels).

What’s more, the report (it has its critics and its supporters) says Canadian prices for comparable bundled services have declined over the past ten years, dropping four or five per cent in that period and staying consistently away from the top spot on the high price chart.

It’s important that the CRTC hear from users, therefore, and the Commission says it will accept submissions on whether the retail mobile wireless services currently offered by wireless carriers, including prepaid services and lower-cost data-only plans, are a suitable and appropriate offering for Canadians.

Public input to the telecom agency is one way for Canadian users to advocate for lower bills. Service providers themselves are encouraging users to up the pressure by contacting their Members of Parliament directly. As WhatsYourTech contributor Ted Kritsonis has noted, over 70,000 of us have reportedly used an online tool set-up by TekSavvy to demand action.

(In an election year like this, hey, we should all be using whatever tools we have available to provide input and suggest action on whatever topics we deem important.)

The Canadian citizen advocacy group Open Media is highly focused on matters of technology, mobility and digital rights; it has long encouraged and coordinated such input itself. Taking “click-tivism” to new heights, it has proposed a whole new telecom policy direction for the country that promotes “competition, affordability, consumer interests and innovation”.

And to be sure, consultation and intervention and signing petitions can have impact: back in 2013, for example, the CRTC responded to market dissatisfaction with a new wireless code developed to address Canadian service subscriber concerns about the length of contracts or the costs of cancellations, among other topics. 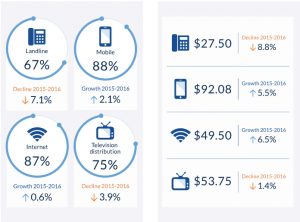 But a contradictory and sometimes self-defeating reality in any retail market is consumer action, habit and precedent. We may think our wireless services are priced too high, and they may well be, but we continue to buy them. Canadians sign up in record numbers for connectivity of all sorts, even as the price seems to quickly hit record numbers, sending a message to the market that all is well.

Conversely, consumer boycotts or what’s now being called reciprocal behaviours by consumers must be coordinated, strategic and long-lasting in order to have a real market impact. It takes an effort equal to the perceived injustice: if the cost of cellphones is the most important thing in your life, making your opinions about that cost must be treated the same way.

But the market knows that kind of commitment is  unlikely, just as smart shopping and careful cost comparisons are often difficult and unsatisfactory: one estimate has it that cellphone contract shoppers in Canada have like 47,000 options from which to choose, offered by more than a dozen possible carriers (even so, the big three providers continue to dominate the market and there’s like two or three phones that people seemingly to “have to have”).

Beyond consumer action, of course, the regulator can take concrete steps to address these issues. Rules should be loosened, some say, in order to allow more foreign investment in the Canadian telecom market: that would enable another big company to set up shop here, the argument goes, bringing more competition into the marketplace.

A more homegrown solution that’s been proposed is to have the regulator set mandated wholesale connectivity costs. The smaller and starts-up mobile service companies here get their bandwidth from larger companies that sell it in bulk, based on rates set by the CRTC. If those rates were lowered or even made equal for all, it would spur innovation, competition and market development, according to plan advocates.

The CRTC’s mobile wireless consultation will address today’s market realities, but also it hopes to tackle those of tomorrow.

In particular, the Commission sees the onset of 5G services as having a major impact not just on service provision, but cost structures, market consolidation, telecom regulations and municipal governance among them. As wireless carriers begin to deploy 5G technologies, matters of consumer expectation and marketplace management should gain increased importance and visibility.

As should your input. 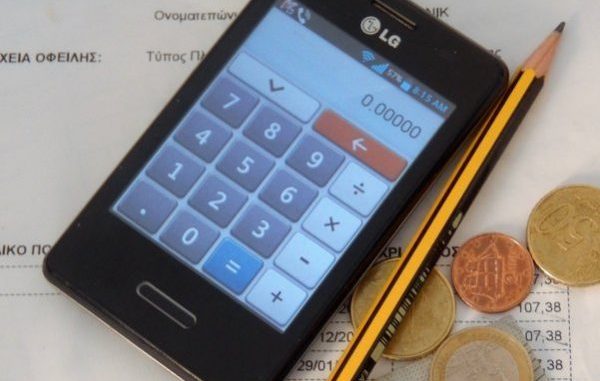 Prices in the United States are consistently among “the most expensive”…. Wait – Canadians pay the most for cellphone services…. No, Greece is the most expensive country in terms of cellphone services…. Perhaps it’s some other country?
It’s like a weird competition, an inverted matter of national pride. But no matter which country’s cellphone costs are first or worst, industry analysis demonstrates that many international comparisons of prices across arbitrarily-selected baskets do not provide a reliable indicator of relative prices when the consumer demand profiles vary significantly. Image from Apokoronasnews.

Companies That Support Mothers in the Workplace