There are good reasons why a Canadian company is positioning itself as a leader in lithium-ion battery recycling. The North American battery recycling and resource recovery market is expected to grow at annual rate of more than 20 per cent over the next few years. The planet certainly needs a safe and environmentally friendly solution for recycling all types of li-ion battery materials.

Besides, while the main use of recycled lithium products and materials is as a precursor to compounds used in batteries that power pretty much anything we use that isn’t tethered 24/7 to a wall socket, one of lithium’s other derivatives is used to treat mania associated with bipolar disorder. 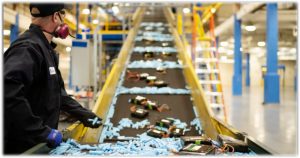 Canadian company Li-Cycle operates two facilities where all kinds of lithium-ion batteries are recycled; more than 95% of all constituent materials can be recovered cleanly and efficiently. Li-Cycle Corp. image.

But Li-Cycle Corp., headquartered in Mississauga, ON, operates two large recycling and recovery plants, in Kingston, ON and in New York State, dedicated to lithium-ion battery recycling. The fast-growing company has plans to expand into additional locations in the next year or two: Li-Cycle’s expanding new facility in Rochester alone will be able to shred up to 5,000 tonnes per year of spent lithium-ion batteries.

Li-Cycle does this using its patented two-stage battery recycling and materials recovery model in which it uses what it calls “Spoke & Hub Technologies” to economically recover battery-grade lithium carbonate from lithium iron phosphate batteries. 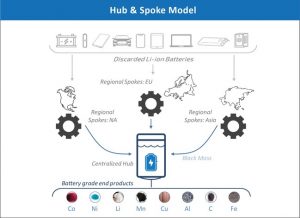 Simply put, the company can produce chemicals to make batteries from other end-of-life batteries.

As demand for lithium-provided energy increases, and the many costs associated with mining and extraction increases, additional sources are surely needed.

In Li-Cycle’s Commercial Spoke operations, lithium-ion batteries of all formats, chemistries and levels of remaining charge are mechanically processed. Batteries are broken down into inert materials — without the risk of fire or explosion.

Together with other battery scrap materials, that black mass from the Spoke is processed in Li-Cycle’s Hub operation, where it can convert raw recycled materials into products that can be sold on the market: outputs include lithium carbonate, cobalt sulphate and nickel sulphate; sellable by-products include copper, graphite, gypsum and sodium sulphate.

The company says its process is inherently safe and clean: no thermal treatment of the recycled materials is needed. There is no solid waste, no water discharge. Li-Cycle reports its Spoke & Hub recovery process achieves up to a 95 per cent success rate. 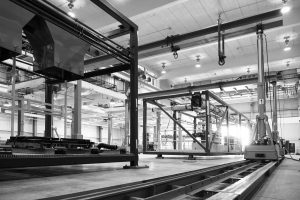 Canadian technology company Li-Cycle is building a $175 million plant on what used to be the property of the Eastman Kodak photography company in Rochester, N.Y. Li-Cycle Corp. image.

As part of its plans for the Rochester facility (it is building a $175 million plant on what used to be the property of the Eastman Kodak photography company), Li-Cycle has announced a partnership with The Shore Foundation, a non-profit organization providing access to technology for low income individuals and families.

Li-Cycle will support The Shore Foundation in its efforts to distribute refurbished laptop and desktop computers that have been given new life. Those computers that cannot be refurbished will, of course, have their internal batteries recycled. Shore is a Microsoft Registered Refurbisher and e-waste recycler.

Founded in 2016 by Ajay Kochhar and Tim Johnston, Li-Cycle is a leader in the fast-growing lithium-ion recycling industry. There’s plenty of room for growth: with more than 180,000 metric tons of li-ion batteries available for recycling worldwide in 2019, barely over half were recycled.

There are plenty of good reasons to be energized about battery recycling opportunities. 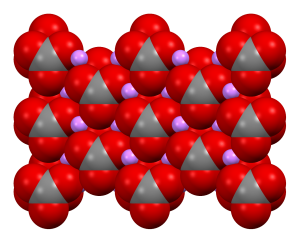