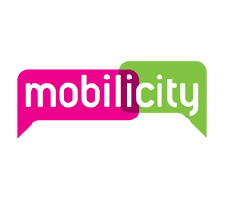 It is about to get a bit more crowded in Canada’s wireless provider landscape. There’s a new player in town calledMobilicity (formerly Dave Wireless) is set to launch its 3G service in Spring. A combination of “mobility” and “simplicity,” Mobilicity is aiming to offer unlimited data plans and contract-free signups. Moblicity’s network will be AWS (advance Wireless Service) 3G which is similar to Wind Mobile and which, incidentally, is compatible with the Google Nexus One smartphone.

It is about to get crowded in Canada’s wireless provider landscape. The new player is called Mobilicity (formerly Dave Wireless) and they are gearing to  launch their 3G service in Spring.

A combination of “mobility” and “simplicity,” Mobilicity is aiming to offer unlimited data plans and contract-free signups. Moblicity’s network will be AWS (advance Wireless Service) 3G which is similar to fellow upstarts Wind Mobile and which, incidentally, is compatible with theGoogle Nexus One smartphone.

In addition to offering simple, value-packed unlimited plans, Mobilicity will feature an outstanding lineup of reliable, name-brand handsets from leading manufacturers, like Research In Motion’s BlackBerry and Nokia – without any contracts that lock customers into service plans.

Mobilicity squeezes into a picture that’s got providers Rogers, Fido, Bell, Telus, Virgin, Wind all competing for 3G customers and selling the latest batch of app phones and smartphones. What this could mean for consumers is a better selection of phone and plans and hopefully cheaper data and voice offerings than what we currently have.  Mobilicity and Wind are expected to offer value-added services like mobile Web for less money as a means to compete with the big three.

Another good thing about these new carriers opening up are the job openings that they’re creating in Canada. Both Wind Mobile and Mobilicity are actively hiring.

“Mobilicity will kick the value equation up a notch this spring,” said Dobbin, reaffirming the company’s commitment to bringing down the cost of wireless. “If you live and work in one of our cities and you’re looking for the best wireless deal around, you’re going to love Mobilicity.”

Dobbin added that there was room to grow in each market that Mobilicity will operate in, despite the fact that seven in 10 Canadians already own a cellphone or smartphone.

He also said Mobilicity will target customers dissatisfied with their service from the current three companies that dominate the market.

Last year, according to Paris-based Organisation for Economic Co-operation and Development, Canada had thethird-highest wireless rates in the developed world, citing medium-usage average costs of $500 US a year, compared to the Netherlands, which at $131 US, had the lowest average rates.

Mobilicity will roll-out its service in Vancouver, Edmonton, Calgary and Ottawa later this year. The company can now be accessed on the Internet at  www.Mobilicity.ca.