In the city that never sleeps, it may seem like overkill.

But for the rest of the planet, today is a wake-up call from the digital future.

It’s the first launch of its kind, as Canadians unveil Are You Awake at Comic Con in New York City this weekend.

Are You Awake is going to slap you across the face and open your eyes wide to transmedia, where digital technology and interactive storytelling get mashed up into something totally new and totally cool. 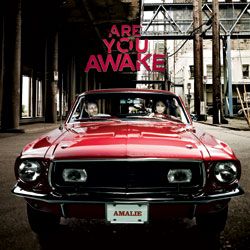 But the mystery and its back-story really come to life through smartphone applications, social media feeds and geo-locating tools.

Some 50,000 fans are expected at Comic Con, and they will get a 32-page mixed reality comic book that contains cleverly embedded clues. Solving the mystery means going online and using digital applications developed by Zeroes2Heroes Media out in Vancouver, B.C.

The story – really a cross-continent search for a mysterious man who holds the key to a series of disturbing dreams with real-world repercussions for the romantically involved lead characters – uses both surrealistic and supernatural elements, and the comic itself features sexy, stylish artwork by DC and Marvel Comics legend Richard Pace.

Enjoy the comic, for sure, but make sure you have a smartphone handy to get even more from the page it’s printed on.

For example, iPhone users can download an Are You Awake app that unlocks clues about the deepening mystery. Then, by pointing the camera lens at individual comic panels in the book, new images and sounds are played on screen.

BlackBerries can be used to get similar story material, too, by pointing the device at QR (quick response) codes, square little black and white graphic icons that interactively trigger content delivery.

The more clues someone gathers about the mystery, the deeper they can go into the story and the social network of digital properties that support it.

Beyond New York Comic Con, fans can continue following the story and its characters through an extended alternate reality game on Facebook, Twitter, MySpace, YouTube and other social media channels.

“There’s a constellation of digital properties supporting and advancing the storyline,” explains Matt Toner, president of Zeroes 2 Heroes Media. “Some are just Twitter feeds, some are more elaborate. They are all little explosions, little pushes to get people moving, things they can grow into as they follow the story and learn more about the characters in it.”

And there is an online help centre for people who get stuck in the game, as people will, because audience involvement and direct engagement in the story is the name of the transmedia game.

The term itself was coined a few years ago by media instructor and commentator Henry Jenkins to describe the interactive, audience driven elements of storytelling that digital media platforms and online networking make possible.

More than just technology, transmedia takes guts and confidence for a story developer to let go.

Are You Awake is the creation of Keith Turner, a very successful Canadian investment banker turned author, songwriter and radio host. Keith is the Executive Producer, too, but he’s willing to let his baby walk on its own, as any transmedia producer must, so that the plot or the characters can be steered and influenced by the audience.

It often means that the original story must be revised or revamped based on new input and interaction. 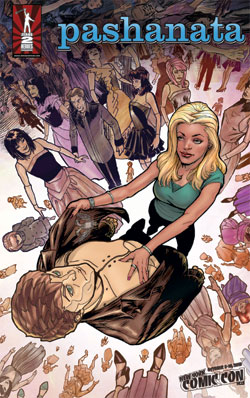 Cover Artwork Detail from Are You Awake Comic Book

That’s cool, says Turner, who wants to engage fans “Not only with great entertainment, but also by giving them an active role in future story and media development.”

He gives kudos to the crew at Zeros 2 Heroes, and how they’ve developed a multi-platform audience experience that goes to a whole new level through the creative use of social media, mobile apps and unique concepts like a mixed reality comic.

As Matt puts it, despite the highly technical nature of a multi-platform transmedia project like this, “Really, we are tech agnostic. We don’t care what tech solution is used, as long as it accomplishes the goals.”

From Foursquare to 1-800 numbers, from live actors to computer animation, from PCs to cellphones, Are You Awake is making use of as many platforms as possible.

And it may just find its way to TV if things go according to plan.

This decidedly ‘non-Hollywood’ production will in fact feature a “who’s who” of genre entertainment stars on its website, and in live action sequences, including  Ryan Robbins (Sanctuary, Stargate: Atlantis), Alana Husband (Intelligence, The L Word), Jessica Harmon (Battlestar Galactica: The Face of the Enemy) and Michael Eklund (Caprica, Shattered) .

The series’ online trailer is also being released this weekend, at www.areyouawake.tv.

So, are you awake?

What’s your tech, and how will you use it to solve this mystery?