At Podcamp TO 2011 it was proposed that savage online commentary is needed to improve the content available on the Internet. This might make sense in the US, but would it work in Canada? WhatsYourTech.ca contributor Hessie Jones says, “Not a chance!” 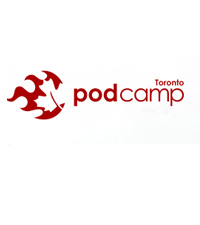 I love Podcamp. The audience includes a very engaged Toronto social media community. Professionals, students, budding enthusiasts – all come together to embrace, share and learn about the new media. And it never disappoints. There is always a new insight to learn from, a new challenge to grapple with, a new technology to test.

One of the most controversial sessions challenged us to develop a thick skin in order to improve our success on the Internet. The session was called “The Internet is NOT made of Hugs.” Its description said: “It’s time to leave Internet kindergarten. It’s time to abandon the beautiful ideation of tech-utopianism, and get to the hard and sometimes brutal game of turning online social behavior toward being mostly useful, rather than just being mostly new.” Here’s a slideshow version of the argument.

In a nutshell, Jon Crowley (@Joncrowley) and David Akermanis (@davidakermanis.) are calling for honesty and true transparency in order to uplevel the content quality and on the net: “Be mean in a constructive way so that good things can happen … Be harder on the definition of success”. The end goal is to allow people to learn from their mistakes and mitigate the occurrence of failure.

The session drew a dichotomy of viewpoints. Some agreed with the premise. Others thought that honesty and transparency are better received from friends than strangers. While social media provides channels to “say-what-you-mean and mean-what-you-say,” being online it also creates a veil of anonymity and is deemed somewhat safe. 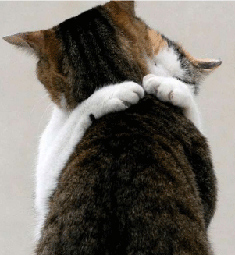 This just isn't the way it is, say Akermanis and Crowley - source: Their presentation

Should those who receive negative messages from people who don’t really know them discount the comments? Will this truly motivate them to do better or does it just crush their spirit to the point where they give up? I tend to believe the latter.

Perhaps had this session been done “Stateside” it would’ve been received differently. Canadians are a different breed. We are nice. We are respectful. Do we challenge each other? Absolutely. Do we create great things? You bet. We’re a great nation for innovation. But can we Canadians step up our game to this new form of transparency? Not a chance.

So do I believe that “We can move beyond warm fuzzy kumbaya bull**** in order to draw upon our collective strengths and get **** done?” My answer: it depends on how much I trust your opinion. And to those who use anonymity to troll, to be **** disturbers, and to negate accountability, we need your opinion like we need a hole in the head.

Another of the sessions struck a lighter note. It was called “I’m Famous on the Internet” : How to Turn A Stupid Idea Into 15 Minutes of Fame.” It was given by Mike @phronk Battista, who relayed his brief “brush with popularity” after creating www.puttingweirdthingsincoffee.com, a blog that offers just what the name says, with text, pictures, and even a shop where you can buy your own branded coffee mug to put weird things into. 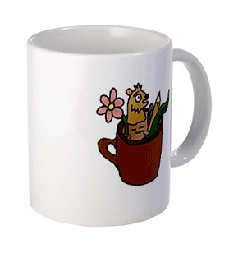 On the cutting edge of eCommerce - source: puttingweirdthingsincoffee.com

What I liked about this session was the simplicity of the idea, which for many is 90% of the effort. The idea needs to be so focused– so niche that it generates interest from a core group. Mike’s advice: Merge two or more previously unconnected ideas. Keep the content interesting– “horrify, terrify or gross-out.” In other words, create a polarized response that generates attention.

While he didn’t really monetize the site, he did draw some pretty spectacular attention. The Smithsonian Institute helped generate up to 15K visits in one day. And a certain Howard Stern picked up on the site and invited Mike to his radio show – now that’s awesome!

Kudos to the organizers of Podcamp TO 2011. It was a fun and enlightening weekend. The official 2011 video is now available.

Looking forward to next year!