The new marketing meme, “Big Data” has captured everyone’s attention. The rise of social, online behaviour, user content generation, not to mention increased mobile activity, has contributed to the mountain of datasets that have grown so large “they become awkward to work with using on-hand database management tools”, per Wikipedia. 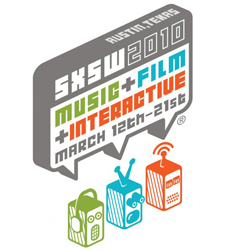 Big Data was discussed at the 2012 SXSW in Austin, Texas.

Yes, Big Brother is upon us. We may all scream “Privacy” and “Foul”, however we can’t escape it. The minute we turn on our phones, make payment online, post a comment on Facebook, rate a restaurant on Yelp we feed this Big Data.

Wikipedia estimates, “The world’s technological per capita capacity to store information has roughly doubled every 40 months since the 1980s (about every 3 years)[11] and every day 2.5 quintillion bytes of data are created.”

The richness of the data makes any analyst salivate. Just imagine how this could be used in positive ways:

Consumer products and services For e.g. Netflix already captures your movie genre preferences and it makes recommendations on recent shows/movies you have watched. It is already capturing which devices you are watching these shows and when. Marrying that data with GetGlue, for example, validates the original information and supplements the user information with commenting, share data as well as potential prospects. When combined and correlated, these snippets provide insight that now allows Netflix to optimize the movie offering to you to keep you a satisfied customer. It can also capture the comments and shares from those watching the movie in order to drive messaging to attract new users.

U.S. Republican Race Twitter is a major source of data aggregation for the Republican Race in the U.S. This past Sunday at SXSW, a team of pundits spoke about the Big Data: Powering the Race for the White House. The session states,

“The hottest job in today’s Presidential campaigns is the Data Mining Scientist — whose job it is to sort through terabytes of data and billions of behaviors tracked in voter files, consumer databases, and site logs. They’ll use the numbers to uncover hidden patterns that predict how you’ll vote, if you’ll pony up with a donation, and if you’ll influence your friends to support a candidate.

The rise of public opinion–stored in platforms like Twitter, Google, Facebook, etc. provide enough intelligence to influence the campaign development, timing, geography and even the colour of the campaign signs.

Big data: The next frontier for innovation, competition, and productivity, McKinsey Global Institute

For the database marketer, forget about A/B testing, analysis of real-time data enables predictive algorithms to increase the certainty of future initiatives: development of products, services or processes.

Healthcare can be a major beneficiary of Big Data. Hospitals and general patient care information has been traditionally gathered and stored manually, in files. Those files were then transferred to microfiche. These systems, however archaic, are slowly beginning to digitally archive information. A McKinsey Global report released last year indicated that “effective and creative use of big data could create $300 billion in value for the US healthcare system.Two thirds of that would be in reducing US health care expenditure”. But I believe the most significant movement for healthcare is in analyzing patient cases and records and determining commonalities, prescribed procedures and outcomes that can be applied in similar cases. Imagine if Big Data were able to provide supplemental learning for scientists and doctors. By and large, however, the majority of health care information is locked away in a document – a patient’s medical records. Privacy protects this information. As it should.

However, if the greater good were at stake, government and consumers alike will learn how to use the data properly–meaning aggregating information without identifying personal information (much like cookies) and using this to invest in developing efficiency, optimizing consumer experiences and products. 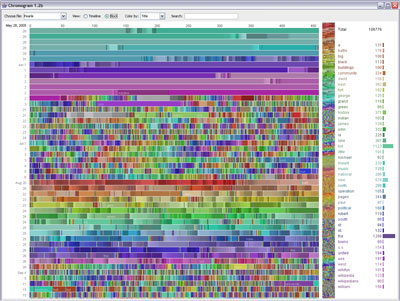