The topic is hotly debated, and the experts on both sides have studies to which they can point with some confidence that show ‘conclusively’ different results.

Nevertheless, many Canadians complain of illness or sickness due to wireless radiation from cell phones, cell towers, smart meters and Wi-Fi; they have formed advocacy groups, made presentations to official bodies and lobbied government for regulatory changes and reviews of Canada’s safety levels for microwave radiation exposure. 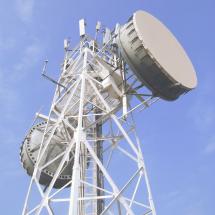 According to advocacy group Canadians for Safe Technology (C4ST), physical symptoms of ES can range from mild effects such as headache, nausea, tingling, skin reactions, anxiety, sleep disruption, and tinnitus (buzzing/ringing in the ears) to painful and severe effects such as neurological conditions; cardiovascular, hormonal, and blood sugar irregularities; seizures; paralysis; and stroke.

Frank Clegg, who ran Microsoft Canada for fifteen years, now runs C4ST (a volunteer organized group made up of concerned parents, citizens and former industry leaders). Clegg and the group say wireless devices are already affecting the health of Canadians, and that’s in spite of reports that dispute such claims.

But Clegg and his group have gone further, and they are critical of the very make-up and function of certain groups that research and report on the topic.

Clegg points to a recent Health Canada-initiated study, conducted by the Royal Society of Canada (RSC) and its assembled panel, to conduct a review of the 1979 Health Canada wireless radiation regulation, Safety Code 6, and the potential health risks of radiofrequency fields from wireless telecommunication devices.

“We have uncovered documents that prove Health Canada is controlling the so-called ‘independent’ safety review by the Royal Society of Canada,” Clegg stated. “Health Canada is ignoring the science that explains why some Canadians are getting sick from microwave radiation.”

The Royal Society panel has been dogged by criticism and controversy: its Chair Daniel Krewski resigned when a previously un-disclosed industry conflict came to light; two more scientists later resigned and were replaced.

Dr. Anthony B. Miller, professor emeritus at the University of Toronto’s Dalla Lana School of Public Health, was likewise critical. The panel included members with “major links to the telecommunications industry,” he said. “This is a conflicted panel, with insufficient expertise in epidemiology. It ignored recent evidence that wireless radiation is a probable carcinogen.”

As noted, Safety Code 6 was first written in 1979; the de facto guide for Wi-Fi safety in home, schools, businesses and public spaces schools was reviewed and updated in 1999, but not since then, despite the boom in use, application and saturation of wireless devices and infrastructure.

“This RSC review is an expensive exercise that was corrupted by industry and so is a waste of taxpayer dollars,” Clegg concludes. “(T)he panel contrived to ignore important medical and scientific data,” he adds pointedly.

Needless to say, when the panel finally released its review earlier this year,  many observers – including Clegg – were very disappointed, and their criticism was unabated.

So if the latest review of possible wireless radiation hazards is questionable, it’s understandable that some members of the public still have questions about the safe use of such technology. An organization should not be charged with investigating or reviewing itself, they say, and a truly independent, multi-disciplinary and fully transparent review of not just Canadian, but international wireless radiation standards, should be conducted.

How Women Use Social Media Differently