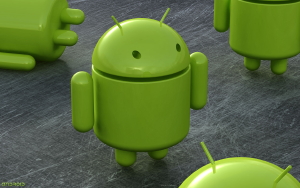 “If you want something done right, do it yourself.”

This might be Google Inc.’s new mantra when it comes to Android OS and their smartphone initiative. Leaked this week via Twitter,  various blogs and websites was the  “Google Phone”. An Android smartphone that has been distributed internally to Google employees for field-testing. Many believe that this is the ultimate Android smartphone developed under Google’s full control and supervision.

The Google Phone is actually an HTC made 3G handset called the Nexus One. Early tests and tweets from Google insiders confirmed that it is running Android OS 2.1 which adds 3D elements to the interface and navigation. Nexus One was recently given the green light from the FCC (Dederal Communications Commission) which confirms it will be sold at some point in the future. The Google Phone/Nexus One, many speculate, will be sold as an unlocked device that will be supported directly by Google, but this is pure speculation.

There are certainly a growing number of Android phones in the market right now and more are coming in 2010 but since these are all made by third-party handset makers and distributed through a wide variety of mobile carriers, uniformity has been a major struggle.

All of the Android phones out there should be able to run the latest 2.0 version of the Android OS but sadly, that is not the case and users are starting to complain. Petitions that newer devices be given the latest software have been making noise on the Internet.

There is really no reason for any Android phones to be running old software when it should be freely available via over-the-air downloads and it is possible that the carriers as well as the device manufacturers themselves are the bottleneck in this situation.

The gamut of Android enabled phones ranges from touch-based devices like the HTC Magic and Samsung Galaxy to hybrid touch and QWERTY keyboard sporting phones like the Motorola Cliq, Verizon Droid and the HTC Dream.

Part of Apple’s trmendous success with the iPhone as sole hardware and software maker,  is that they control only one form factor as well device’s ecosystem via iTunes that is also the only way to get official software and OS updates. Apple’s domain may be a walled garden, but it is one that works well for the company and its developers. No matter the country or carrier, each iPhone gets bug fixes and updates the same way and this may be the future that Google sees for its own mobile OS.

Google currently creates the software, licenses it to manufacturers and that is where their control and involvement comes to an abrupt end. A multitude of devices and a range of operating systems make it harder for Android app developers to guarantee their programs will work as intended across the board.

This Google Phone, if it indeed is what it is, may be about to change all that.