As always, the future is uncertain…cloudy, in fact.

With the New Year upon us and with the fabulous toy store that is CES (the Consumer Electronics Show) about to open this week, there’s a lot of talk, predictions, speculations and even a bit of hands-on physical reality being bandied about in the techno prognostication industry.

But two predictions are safe to make – the future’s pointing to some pre-show announcements – about the increased importance of cloud computing and mobile TV. 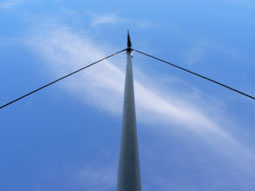 Cloud computing, of course, is an all-encompassing term, generally referring to anything that involves delivering hosted services over the Internet. Could be software, could be platforms, could be content.

Mobile TV is the watch anything, anywhere anytime movement embodied by the ‘TV Everywhere’ brand. It’s offered by companies like Time Warner and Comcast in the U.S. (and somewhat similar services from Rogers and Bell are peeking through the clouds, offering TV viewing to their respective Internet and mobile subscribers in Canada).

So, in the future and from CES, we will see new consumer gadgets that incorporate some sort of cloud-based functionality (whatsyourtech.ca will have reports direct from the show, and our tech guru Ted Kritsonis will be onsite – if not in the clouds!).

He will see that platforms like HDTVs, Blu-ray players, media servers, game consoles, mobile devices and other CE gear will have Web 2.0 and traditional television functionality, using an ultra-thin client embedded in a set-top box to pass along user requests and commands (via standard remote controls or new keyboard devices) to servers in the network.

So, TV shows can be shared with friends using social networking tools; personal or user-generated media content can be added; specialty and niche content will be more easily located, and addressable advertising will be incorporated TV content, be it live, on-demand or archived, bringing what are supposed to be more relevant ads to each viewer’s screen.

“Get ready: The CloudTV revolution is now coming to CE,” promises Jeff Miller, president and CEO at just one of the firms leading the way to the future, ActiveVideo Networks.

ActiveVideo has unveiled an aggressive strategy to get its CloudTV platform to consumer electronics devices.

With some 24 issued tech patents in hand, Active plans to bring a fully Web-comparable experience to the TV, using MPEG streaming to deliver Web 2.0 enhanced content to both older legacy and next-generation set-top boxes and broadband-connected devices.

The thin ActiveVideo client and its enabling code can be downloaded to the hard drives of existing network-aware CE devices, or built into the chipsets of new devices.

As such, equipment manufacturers – say, Sony – will have extra incentive to deliver content they own on devices they make. Content creators will strike up new distribution deals with companies that do – can you say Apple?  And, yes, privacy and security analysts will shake their heads at the degree of behavioural targeting and user-specific transactional activity that can result.

“By making their devices ActiveVideo-ready, CE manufacturers and retailers can leverage our infrastructure, expertise and relationships to become content providers virtually overnight,” Miller explains. “Streaming interactive video from the network cloud enables the consumer to immerse themselves in the richest possible entertainment environment, regardless of the capabilities of the set-top box, TV or end-user device.”

Already in millions of U.S. homes, via cable and IPTV providers, and on several million portable devices, CloudTV predicts a new definition for television viewing experience.

So, what’s your tech?  Where, when and how do you watch TV?  Do you wear sunglasses (the future’s so bright) or carry an umbrella (dark clouds with no silver lining)?

Skype Puts Video Calls in Your Face, On Your TV