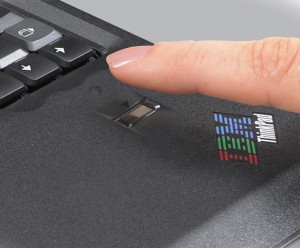 Some technologies, like fingerprint readers, are cheap enough to be standard features on every new PC

During the past decade we’ve grown accustomed to a number of surprisingly useful technologies that we cannot do without. Some of these features or functions are introduced by one company on a limited number of products but make so much sense that they should be present everywhere. Due to patent and copyright issues, many of these technological advancements remain proprietary or can be found only on certain brands of products. Other features are ripe and available with low component costs but computer makers are only offering them in their premium models.

Here is our list of 10 technologies that have made such an impact that they should be made standard features on all future PCs. Not only do they cost less to implement now but people are already quite aware of their benefits.

1) Fingerprint Readers –  In terms of security and access control, nothing beats swiping a fingerprint to gain access to your computer. It will beat typing in a password every time and it employs  a far more exact science than fancy-schmanzy facial recognition software. Around two years ago, fingerprint readers were the “It” feature in  most notebooks sold and then suddenly they were only offered as an option and now you can hardly even see them. The hardware is inexpensive, the software is much improved so there’s no reason not to have it.

2) Backlit keyboards– This is an Apple-exclusive feature that can be found on their high end Macbook Pro computers but as a technology it is something that makes sense and can easily be placed in every notebook keyboard and even desktop keyboards.  Apple integrates ambient light sensors to adjust keyboard backlighting automatically but this will probably make things more expensive. A simple way to enable a backlight is all we’re asking for. Most celfones have it, why can’t all PC keyboards ship with this feature.

3) Card Reader Ports– Its befuddling why this isn’t a standard feature since even the cheapest netbooks offer some sort of memory expansion via  SD Card readers so it is surprising that not all desktops or notebooks feature multiple-card reader ports. Almost everyone uses digital cameras, whether point-and-shoot or DSLR (Digital Single Lens Reflex) models SD Cards are the standard for most users (although the pros tend to use Compact Flash). Card readers need to be a made standard feature, they are cheap, convenient and  users will appreciate them.

4) Wi-Fi N  as standard– Its upsetting to see brand new notebooks still selling with Wi-Fi cards that are of the older A, B and G standards when Wi-Fi N is clearly more desirable flavor of Wi-Fi to have. Wi-Fi  N or  IEEE 802.11n-2009 is an amendment to the IEEE 802.11-2007 wireless networking standard and vastly improves network speed over previous standards, such as 802.11b and 802.11g. With a significant increase in the maximum raw data rate from 54 Mbit/s to a maximum of 600 Mbit/s, this is the way to go. Cost shouldn’t be much more  plus its backwards compatible with older standards.

5) SIM card slots and wireless data modems. – We’ve got an increasing number of celfone carriers with data plans which they bundle through their USB sticks and that’s fine.  But wouldn’t it be great if all portable PCs shipped with the option of wireless data modems? If all you needed to do was plug in a SIM card and then you’re ready to surf or send and receive e-mail, then, data costs notwithstanding, most users would have the option to be truly portable and connected. The carriers would be happy, road warriors would be happy and we would be able to free-up our valuable USB ports.

6) Good cameras and microphones – Let’s face it, all computers are communication tools and with VoIP (Voice Over Internet Protocol) apps,  Skype and similar services readily available and already in maturity, the ability to do voice and video out of the box should be a given. The biggest hurdle of VoIP, aside from poor bandwidth, is the crappy audio and video quality from source cameras and microphones. Better quality components are available for not much more and would really make online interactions so much better. 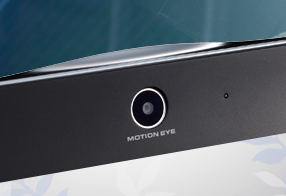 7) Online Backup Component- Some of the newer computers come with free online storage that acts as an external drive in the Internet. This is a secure online place where you can store backups of important documents such as reports, PowerPoint presentations and photos that can be accessed on any machine. If all new computers came with an additional 10GB of free “virtual drive space”  it would be a useful tool specially for backups of important files which can still be accessed if the computer ever fails or is stolen.

8) Magnetic Power Adaptors – Another Apple innovation found in their notebooks, the MagSafe power plug magnetically connects the power source and the notebook. When someone or something suddenly grabs the power cord the magnet disengages from the notebook, saving it from an unfortunate and expensive mishap. It’s such a simple idea that works really well and we’ve seen it in action countless times and wish Apple would license it to the world, every notebook user needs this feature. 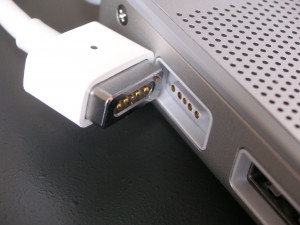 9) Bluetooth connectivity –  It still surprises me how only premium computers are equipped with Bluetooth connectivity out of the box. The technology may not be that widely adapted but it sure is useful. With Bluetooth you can connect to keyboards, mice, headsets, smartphones, printers, cameras and other computers. Sure, it is sometimes cumbersome to get connections paired but done right Bluetooth works well and it cuts down on wires, a big plus for any computer user. Wires suck.

10) Better Power Management – We should be able to decide how our notebooks use their power.  While tools are available within the operating system to select between power and economy mode, there should be better ways to clock down the processors, reduce backlighting and squeeze out more juice out of our batteries. Since battery technology seems to lagging, it’s up to the software and hardware to compensate and add hours to your mobile computing life.

Can you think of any cool feature or technology that should be made standard?  What is the one feature that needs to be present in any new computer you will purchase?  Send us your valuable feedback at WhatsYourTech.ca!

Predicting the Future of Telecom, Media and Technology