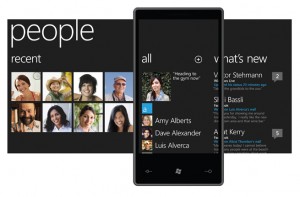 “Today, I’m proud to introduce Windows Phone 7 Series, the next generation of Windows Phones,” said Steve Ballmer, chief executive officer at Microsoft. “In a crowded market filled with phones that look the same and do the same things, I challenged the team to deliver a different kind of mobile experience. Windows Phone 7 Series marks a turning point toward phones that truly reflect the speed of people’s lives and their need to connect to other people and all kinds of seamless experiences.” 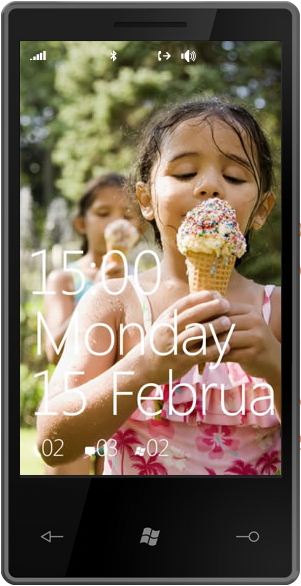 It seems Microsoft heeded the suggestion of many analysts that it should combine its attractive Zune interface into the mobile phone functionality.

Windows Phone 7 Series is a departure from the usual and dated look of Windows Mobile which still resembles desktop Windows 95. The rejigged Windows Phone interface now features slick typography, smooth visuals and photos as part of its visual and navigational language.

Microsoft is also clearly differentiating its mobile OS from the App-focused phones of its competitors.

With this new platform, Microsoft offers a fresh approach to phone software, distinguished by  design and integrated experiences that bring to the surface the content people care about from the Web and applications.

For the first time ever, Microsoft will bring together Xbox LIVE games and the Zune music and video experience  exclusively on Windows Phone 7 Series. Partners have already started building phones; customers will be able to purchase the first phones in stores by holiday buying season of 2010.

For the new OS, Microsoft went back to the drawing board on everything from raw materials, to how the company works with their  phone partners, to a complete redesign of the operating system. More than a new user interface,  Microsoft has evolved its entire offering to take full advantage of converging technologies. 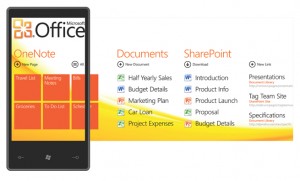 A special implementation of Bing Search offers content-specific results. Built-in functionality for photography can automatically synchronize photos to PCs and photo storage on the Internet, eliminating the common hassle of getting pictures off of a phone. Microsoft Office productivity software and other personal productivity features are also tightly integrated.

Below is a sampling of the feature areas of Windows Phone 7.

The Jobsonian Future for Apple

Turning to the Skies Over Vancouver