Hey, there’s a simple concept, but one often forgotten in an ever-changing and high stakes marketplace.

But there are summer camps, children’s workshops and digital media centres in Canada that want kids to have fun with technology – and they have tech sponsors who want kids to be educated and inspired at the same time.

OK, perhaps the sponsors want a little bit more than that. That’s all right when it’s understood, and when there are real world benefits that can be realized.

One example is ASPIRE (A Smarter Planet Is Reachable for Everyone), a Technology Camp in Ajax, Ontario, for local kids aged 11-13.

It’s a free technology camp, designed to encourage youth to develop an interest in math, science, technology and engineering.

Run entirely by local IBM staff volunteers, it’s an interactive program that this year focuses on how technology can help in the fight to save the planet. For a week at the end of August, kids will extract DNA (from a strawberry, not themselves!), build a solar power over, and learn the connections between making ice cream and saving the planet.

From that lofty global perspective to a more local vision, digital media centres in Toronto have been established to provide hands-on high tech support to those who might not ordinarily have such access.

One such Pro Tech Media Centre operates in Scarborough at the Toronto Public Library – Kennedy/Eglinton Branch.

Microsoft Canada and the City of Toronto opened the first Pro Tech Media Centre in Rexdale in July 2007; expansion to Malvern and Weston-Mount Dennis, communities in Toronto identified as needing priority support and expanded infrastructure, are planned. 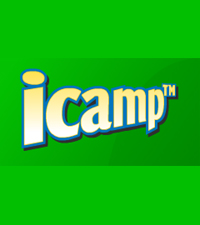 It’s a global phenomenon, with its roots in Canada.

Put on by the Children’s Technology Workshop (CTWorkshop), it’s a technology camp where children with special needs can explore animation, video game programming, robotics, graphic design and much more.

CTWorkshop was founded in 1997 by Canadian Darryl Reiter, former educator and Ontario Science Centre staffer, whose vision for technology and education led him to the idea of a camp for disadvantaged kids around the world.

icamp’s are conducted through the year, and in many locations, in Canada, the U.S. and elsewhere.

This year in Toronto, telecommunications provider Cogeco and its commercial Data division is partnering with Variety Village to offer kid’s the chance to participate.

Cogeco is helping give young people with physical, economic or other limitations access and encouragement to explore, invent and be creative with technology. They can get into animation programs, learn about video shooting and editing, do video game design, even explore the world of robotics, Darryl described. “Using computer technology and peripheral devices, the campers will complete theme-based activities on topics such as Egypt, space, medieval times, fashion design, architecture, the Olympics and the environment.”

Variety’s outreach programs provide opportunities for children with disabilities throughout the province to participate in fitness, sports, and recreational activities.

“icamp is an exciting addition to our summer camp experience,” said Ben Scholes, Camp Coordinator at Variety Village.  “The camp creates opportunities for kids to explore their creative skills, develop confidence in their abilities and make new friends – all while having lots of fun.”

Lots of fun for participants, for the instructors and thankfully, for the sponsors of these techno-community service endeavors:

“It’s a thrill to be involved in providing kids with experiences they might not otherwise have access to, and Variety Village is a tremendous partner in helping children achieve their potential,” said Tony Ciciretto, President, Cogeco Data Services. “We believe it’s important for companies to contribute to the communities where they operate, and this is a highly rewarding way for us to do that.”

Sony NEX-5 a game-changer in future of digital photography

Review of the HP Pavilion Dv7 with Intel Core i7 processor