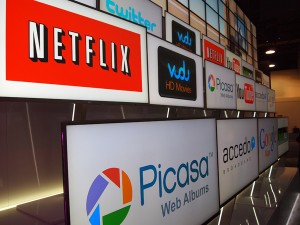 The notion of the Web-connected TV is going to become a bigger story over the course of this year, and media players are a big reason why. But now that they’re slowly starting to go mainstream, which one is most ideal for your home entertainment needs?

The general idea behind media players is that they can playback media files over your home network or directly from an external hard drive. More than that, most of them are able to also pull in content through the Internet as well — be it streaming movies and shows, YouTube, Facebook, Flickr and even movie rentals. The inherent issue that comes with all this is what’s actually worth watching, and what’s actually available in Canada. 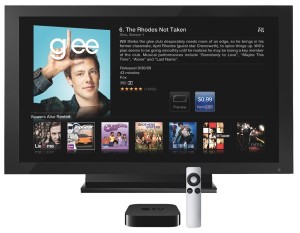 Apple TV
Like in other categories, Apple has helped raise awareness over the media player category with its Apple TV box. A mere quarter the size of the previous one, as our own review points out, the box basically puts an entire movie and show rental service at your fingertips. Anything available through the iTunes Store can be streamed directly to the Apple TV and onto your TV. It’s probably the most convenient rental service out there, especially since the selection is good and both standard-definition and HD are offered. Also, it has Netflix, YouTube, Flickr and social networking.

But the Apple TV is also more restrictive than its competitors. Though you can stream content from a Mac directly to an Apple TV, it can only be in the limited number of file formats Apple chooses to support. Have an MKV file you want to play? Sorry, the Apple TV won’t do it. Plus, there’s no USB port in the back to plug in an external hard drive and playback files stored on it offline. So, while the $119 price point is attractive, it may not be quite as open as you’d like. 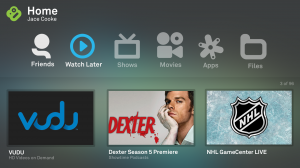 Boxee Box
If you’ve ever tried the Boxee software on a Mac, PC or Linux machine, then you know how snazzy it is at aggregating content and offering up more from the Web. The software installed in the Boxee Box isn’t the same one developed for computers, but it still does a pretty good job of doing what it’s supposed to. It can stream in shows aired on CBC and CTV, as well as from a number of other channels — some you may know, and some not.

Being in Canada means that the Box won’t serve up everything it normally would. Many shows and channels available in the U.S. won’t play up here, and image quality is a mixed bag as well. The Box’s design is certainly unique, and the remote is easily the best of the lot with the full QWERTY keyboard on the back. It plays nice streaming within the home network and has two USB ports. At $199.99, it’s probably at the right price for what it does. 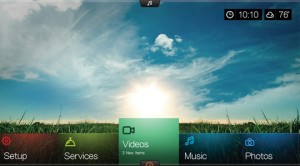 Western Digital Live Hub
One thing the WDTV Live Hub wins out on is the fact it has a 1TB hard drive built-in. That’s a lot of space for content, and it means that you don’t have to always stream across your home network since you can just playback whatever you have stored locally from the built-in drive. Even better, you can actually stream the stuff stored on the device onto a computer or another media player as well, so it’s almost like a backup drive in a way. There are two USB ports for plugging in external drives if you want to truly go offline and keep this as a localized home theatre accessory.

As for online, geo-blocking plays a role here. Blockbuster, Netflix and Pandora are among the services offered, but you can’t use them in the Great White North. Mediafly is available, and there are some cool podcasts and other hidden gems you can grab from there. Live365 and the tons of Internet radio stations it offers is also available, but you can only make the best of the app if you’re a VIP member, which requires a monthly subscription. Another problem is that the Live Hub doesn’t have Wi-Fi built-in, so you will need to use a USB extender or run your Internet connection through your power outlets using a HomePlug-type product. The Live Hub is pricier at $219.99, but that’s not bad considering the 1TB drive. It’s not as rich in online content like the others, but it is good at what it’s supposed to do. 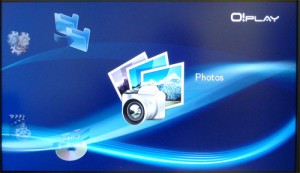 Asus O!Play
There are two O!Plays, the HDP-R1, which is the wired one we’ve reviewed here on video, and the HDP-R3, the Wi-Fi-enabled one. Either one you choose more or less works the same way. With new firmware updates, the device seems to be capable of doing a little more. A newer O!Play, the HD2, is already out in the U.S., and it’s the first to offer USB 3.0. A launch in Canada is likely only a matter of time. One of the O!Play’s biggest pros is the fact it can play almost anything. The codec support it offers is easily among the best you can ask for. Its menu interface could use some work, but all in all, there’s a lot to like here.

You can access tens of thousands of Internet radio stations and a lot of Internet TV channels, though an overwhelming majority are foreign. A big pet peeve is that firmware updates aren’t pushed to the device via the Internet, as is the case with all of its competitors. Instead, you have to apply the updates by downloading the file to your computer and then copying it over to an external hard drive or USB stick. You can usually find the HDP-R1 for under $100 now, while the R3 is about $139.99. Worthy investments for your home theatre in either case, but only if you don’t care too much about pulling in content from the Web.

Seagate has its GoFlex and FreeAgent Theater+ boxes, while AverMedia has its ExtremeVision box. Others are sure to follow because the whole media player space will just continue to expand in its own way. Perhaps the ultimate solution will be to have all of the perks these devices offer, plus the ability to project your laptop screen for better Web browsing.

In a couple of days, I’ll be writing again to explore that as an alternative, now that there are a few options to do that wirelessly. Stay tuned.

Is Samsung’s NF-210 Netbook A Case of Style over Substance?