One cool new app lets people use the power of social media to barter for better prices on tickets, food and other stuff.

Another lets you instantly share smartphone photos online – or search thousands of cool shots other people have shared. 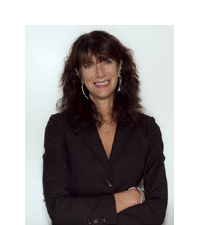 There’s a virtual phone receptionist service that adds a live voice to a static website in order to better serve visitors and boost online sales.

Then, there’s the age guessing app:

Just type into your device what you think ‘DMZ’ stands for!

Those who reply ‘a firewall config for extra LAN security’ are more likely in their late 20s or early 30s.

But those who quickly tap ‘Ryerson, incubators, 3D and mobile apps’ are probably young 20-somethings.

And they are celebrating a big birthday this week!

Ryerson University’s Digital Media Zone (DMZ) is a year old, but way more than baby steps have already been taken.

It’s already seen as one of the country’s – if not the world’s – best places to dream, design and develop leading edge products services and applications for the burgeoning technology, media and telecom sectors. Mobile phone apps. Interactive TV services. Products for small and large businesses alike.

The facility has already opened a second physical location for product and service development.

Inside the Digital Media Zone at Ryerson University

Four start-up companies have launched, and are well into building relationships with paying customers around the world.

And the entrepreneurial centre has attracted attention from around the world, too, as visitors seek that special recipe for supporting business success.

“The DMZ has received a great deal of attention in our first year, which is really exciting,” said Valerie Fox, DMZ Director. “Media, industry and government are all interested in our success stories.

“But they’re also interested in our model for commercialization within a university setting, in our support of student entrepreneurship and in our action against brain drain. All this attention amounts to more success for our companies – and that’s a win for us, for them, for Toronto and for Canada.”

Among the winners at the DMZ so far:  TeamSave, the incubator’s first graduate company.

Beginning with its Toronto launch, the company now has an online presence in 12 different cities through out North America.

They use social media ‘sharing’ tools to unite online groups of people who are interested in purchasing a certain service or product. By uniting those people in a large group, volume discounts and purchase plans can be established in a short, 24-hour window.

The highly successful Kijiji online classified site likes the concept (the TEAM acronym stands for Together Everyone Achieves More), and so it is using a ‘white label’ version of the TeamSave platform to offer its own ‘Kijiji Daily Deals’.

121 Live Agent is another DMZ graduate, and its concept is to integrate live customer service agents into any static website.

It’s a fully hosted service, and the billing basics are based on actual site visits and conversions, so small businesses can more easily take advantage of the virtual service.

It’s a neat idea, but I was a bit surprised not to have a live demo on their site – they offer a type written transcription of a live call, not the real thing.

Burstn is showing itself off online, and at the App Store, where the real time photo sharing application seems to continuously occupy the What’s Hot section.

Not only can you search, scan and check out a whack of other photos from around the world, you can also see the core tech concepts and API documentation that lies underneath.

The company has recently updated its iPhone app, and there are strong development initiatives for Android and BlackBerry version underway.

But for sheer breadth of business ideas and offerings, it may be that Jonathan Ingham’s Phosphorus Media, or P15 Media, takes the birthday cake.

Ingham, a recent Masters graduate from Ryerson University’s Media Production program has developed cool technology for projecting interactive imagery on walls, floors or just about any other object.

His system uses motion detection to get the projected imagery to respond and react to people’s movements, like the wave of your arm or the swipe of your feet.

It’s like a giant touch screen, where more than just fingers can be used.  Imagine tap dancing your way across a giant billboard ad! Or ‘walking’ through a 3D touch screen rendering of a model home, complete with the ability to customize the house and quickly visualize any changes

Not only does Phosphorus develop and integrate the interactive projection technology, it will create the content, provide live event management as well as tracking and fulfillment data.

Geez, the company also offers VIP security services – for when the app is integrated with Dancing with the Stars, I guess!

The real point is that solid ideas with real business underpinnings and market potential are being developed, but in a fun and engaging and interactive space.

The space, in downtown Toronto at 10 Dundas St. E, not only supports the activities of Ryerson students and grads, but seeks to also engage the public with its open concept, interactive displays and leading edge technology demonstrations.

So now, when asked about the DMZ, you can hide your age if necessary.