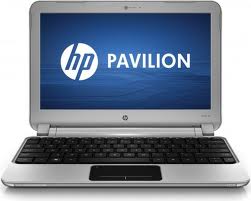 AMD mobile processors have had a tough time keeping up with Intel’s Atom processor (the favoured processor of most netbooks). AMD’s previous attempts at offering netbook processor were lacklustre and while the previous Athlon Neo line was powerful it was horrible at battery life.
The  Fusion powered AMD E-Series Dual Core E350 is an impressive comeback and a sure sign that cheaper yet equally capable netbooks are in the pipeline. 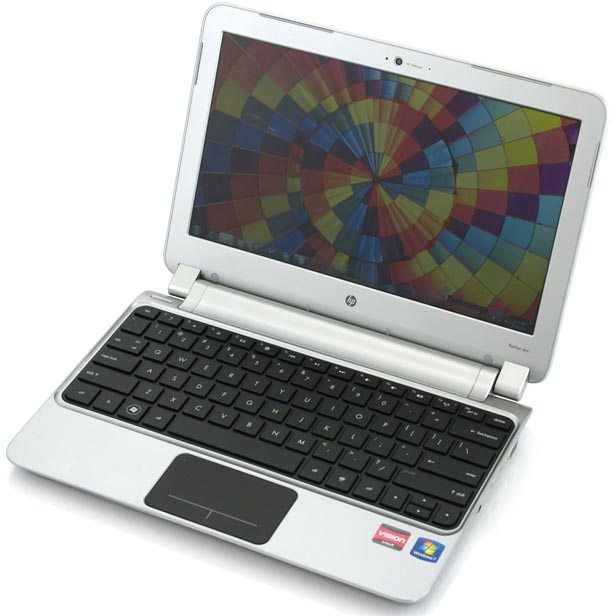 The dm1 is less than 1 inch thin and weighs in around 3.5 lb, it also features an impressive  9 hour battery life which are features you would expect from a premium thin-and-light notebook.

Considering that it also runs the 64 Bit version of Windows 7 makes this more than a viable main computer for users that need mobility, power and don’t require an optical drive.

The HP Pavilion dmi-3040ca  is ideal for students and anyone needing a Windows 7 capable netbook that can manage a whole day of computing even with WiFi on.

In terms of design, HP has produced a solid notebook which, while not necessarily rugged, feels like it can handle the day to day usage and travel extremely well.

We like the amply spaced chiclet-style island keyboard which is a pleasure to type on and use.  An HP specific feature, Coolsense, figures out if the dm1 is on a desk or on your lap and adjusts the cooling properties accordingly.

This is a thoughtful an useful feature specially for users who like using their notebooks on their laps.

Video playback, often the downfall of most netbooks, is smooth and problem free thanks to the latest AMD Vision E350 1.6GHz dual-core processor and  11.6-inch diagonal HD Brightview LED display.

The dm1 brings the promise of AMD’s Fusion  technology  which offers super-realistic, full-screen high-definition graphics and video on a display that is 1.5 inch larger than most netbooks. 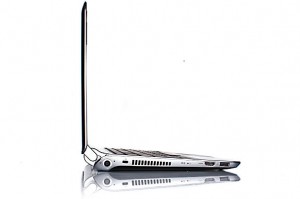 With the dm1, we’re seeing a netbook that approaches and almost crosses over to the more premium notebook space.

Two years ago, a similarly outfitted 11-inch notebook with a 9-hour battery life would cost around $1200.

At $550, the dm1 is all the notebook that will satisfy the needs of 85% of all users needing a portable Windows 7 solution at that  price point.