Wanna do anything online?!?

That’s the goal, ambitious and unbounded as it sounds.

Aiming at 2017, Canada’s 150th birthday, the country’s digital media community wants to make its own ‘Moonshot’.

Like the pledge to land a man on the moon before the end of the ‘60s,  the overarching goal here is to develop a technical infrastructure and digital environment in which anyone in Canada can do anything online – this time, in like just five years! 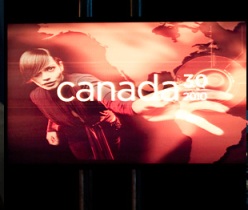 The Canada 3.0 digital media conference has big plans in store for the industry.

The Moonshot launches from Stratford, ON, where today the Canada 3.0 digital media conference is bringing together industry participants from all levels and interests.

Last year more than 1,800 people, from students to entrepreneurs to government leaders, attended the show and committed to supporting the Moonshot concept.

Like the original lunar adventure, this digital version is seen as a way to create jobs, generate new revenues and develop new products services and technologies not clearly imagined when the rocket first fires.

There’s a social and even emotional aspect, too, with a sense of personal pride, national accomplishment and shared achievement embedded in the notion.

So the Canada 3.0 conference provides an opportunity for industry, government and academia to come together to learn, share and network with one another, and continue the discussion and progress made at the previous two forums.

In the spotlight this year is industry and how ICT -Information and Communications Technologies – can help build Canada’s culture and economy.

So folks who want to move the country closer to that goal are gathering in Stratford, meeting with more than 100 tech exhibitors and app developers, interacting with social and business leaders, incubating new ideas with investors and VC representatives. 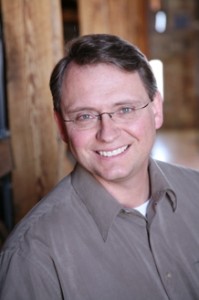 Kevin Tuer is the Managing Director of the Canadian Digital Media Network.

Much of the vision behind the Moonshot belongs to Kevin Tuer, the Managing Director of the Canadian Digital Media Network, the organization that organizes the conference. He’s also Vice-President, Digital Media for Communitech, a regional digital media development hub.

Tuer is passionate in his belief that “Adoption of technology and competitiveness in digital media can make Canada a stronger competitor in the digital economy and enable ongoing prosperity for Canadians.”

He sees the proof of concept in the energy of the speakers and participants at the conference, but also in his own career.

He’s held a lot of top engineering and senior management positions in the high tech industry over the past 15 years including Senior Research Engineer with Computing Devices Canada (now General Dynamics Canada) as well as co-founder and CTO of Handshake VR.

The region is home to not just the conference, but to leading edge tech companies and conference sponsors like OpenText and Research In Motion (other partners include the City of Stratford and University of Waterloo Stratford Campus, and new supporters like LinkedIn, Microsoft and Motorola.

Tuer notes that OpenText is also providing its newest technology platform for collaboration and social media connectivity for conference user.

Will it let anyone do anything online?  Almost…..

It’s described as an advanced and highly secure social networking software, first deployed at the G-20 global leaders’ conference in Toronto and then Korea in 2010.

The application also can support multiple languages to enhance the ability of participants to collaborate and use the social software productively. 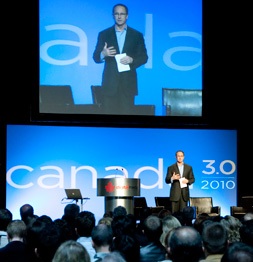 It was described at an Ontario government employee conference by Open Text staff last year, and called at the time “the world’s most significant public sector social media project.”

The solution was proudly described as “a purely Canadian effort” but, due to security and confidentiality issues surrounding the G-20, the company was “not allowed to shout the news from the rooftops.”

But, with later implementation in Korea, and now a revised version of the Social Workplace software being used at the Canada 3.0 Conference, the word is now out and about.

“As a Platinum sponsor of the Canada 3.0 2011 forum and major proponent of digital media progress in Canada, OpenText is pleased to provide a social collaboration tool that will make connecting attendees, presenters and other subject matter experts easier and more efficient,” said Eugene Roman, Chief Technology Officer at OpenText.

OpenText’s Social Workplace solution will be accessible from mobile devices on-site, linking more than 3,000 past and new attendees and enabling them to share ideas and converse with presenters from the conference.

Given the heightened focus on security and privacy around the globe, OpenText describes, G-20 organizers avoided use of consumer-grade social media tools, which lack enterprise-strength security controls. At the same time, social media offers better ways for people to connect, share and collaborate, than email, so a solution that combined the benefits while reducing the risks was needed.

In Toronto, G-8 and G-20 summit participants who used the OpenText social networking application reported that it required minimal training and provided an intuitive web-browser experience tailored to their needs.

At Canada 3.0, Roman will be leading the Public Sector stream, sponsored by OpenText, and will be compiling outcomes to present at the conclusion of the forum. OpenText will also have a major presence in the Interactive Showcase area of the forum showcasing the latest ECM solutions.

Tom Jenkins, OpenText Executive Chairman and Chief Strategy Officer, who is also Chair of the Advisory Board for the Canadian Digital Media Network, will be among those officially welcoming attendees to the forum.

Live streams, conference blogs and updates are available from the event, at www.canada30.com.