Microsoft’s Office 365 is a cloud-based version of its well-known desktop and office applications, with Web versions of Word, Excel, PowerPoint, OneNote, Lync and more available as SaaS, or software-as-a-service. 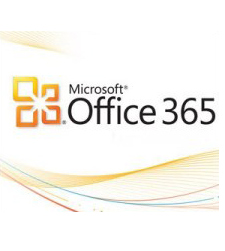 Microsoft Office 365 will be released later this month.

There is a dedicated Office 365 site for Canadians.

Online or cloud-based apps like Office 365 promise enhanced collaborative and sharing capabilities; reduced operating and hardware costs; as well as the ubiquity of Internet-based access to valuable business documents and administrative tools.

In some ways, Office 365 is Microsoft’s answer to Google’s own online app suite, which has been available as a free consumer version and a business solution for some time.

Office 365 offers users the abilty to create two websites – one is public, and very suitable in establishing an online presence for a SOHO or small business

The other is an internal or private site,  established specifically for collaborative teamwork among employees, co-workers and staff.

So Office 365 was first unveiled last October, and it has been in public beta for several months now.  Gathering feedback, wish lists, complaints and big reports is part of the process, and Microsoft is expected to address a few of the grey areas in its cloud service offerings with official release.

A press event planned for the official release date will reportedly have senior Microsoft executives speak to the beta development and enhancement process.

Meanwhile, a ‘first look’ evaluation here at What’s Your Tech.ca has been underway for a few weeks.

One initial concern was that the powerful Microsoft desktop software solutions are ‘too big’ and ‘too powerful’ to be web-based apps, but for the most part, they run reasonably well in a browser.

While full software functionality is very important to some (like in Excel spreadsheets), some users might find a scaled back version like Google’s apps to be smoother and faster to use.

The cloud’s been around for a while, and although it seems everywhere these days, in terms of new products and services, Microsoft was slow to offer a complete solution (some Office apps like Word, PowerPoint and Excel were online before the Office suite).

Server tools include in the package support SharePoint collaboration on the ‘Net, with Lync used for IM and other online conferencing and calling activities.

Designed to also support mobile media, it does appear that some bugs lurk – mobile phone users who may attempt to visit a public site may be asked for passwords and log-ins, and control over this is difficult, as the ability to turn off the mobile version of a site collection is not available through the online version of SharePoint (it is in SharePoint 2010, so maybe it will be ported over soon).

Some users have noted that it’s interesting that the new online suite uses Outlook Exchange servers for e-mail versus Windows Live.

But Microsoft says the Exchange Online feature in Office 365 will have more robust search, archiving, retention and other admin features.

Other admin tools in the beta Office 365 allow users to connect their company’s current domain, and to create those two distinct webites. While the interface seems straightforward (Add a Domain) enough at first, the fact is that if you are not careful – and knowledgeable – misconfiguration of some not so common records can occur.

Configuring the DNS settings for your company’s Web and email domain properly is crucial, so some tweaking of the instructions, user’s guide or actual functionality may be needed here.

Even if you get through the five or six steps successfully, the domain setting changes still have to be confirmed at the company service provider, which can take a few days with some companies.

So while the Office 365 seems aimed at as wide a swath of users as possible, the admin section alone drives home the fact that for a company to use the service, there still needs to be at least one reasonably advanced computer nearby – either someone who is an advanced Office users, and/or someone with some hands-on blog or website admin experience.

So the benefits of cloud computing for small business, one of them at least, is the ability to reduce IT overhead in house, and yet still have a big capability in terms of being able to access programs, data and services online.

It’s true that a small company or a home based office operation could run entirely in the cloud, with full access to the Office 365 suite of critical business tools for communication, scheduling, accounting and more (it’s unclear right now how well existing direct customer billing processes can be integrate into the Office suite), but the need for a reasonably skilled IT person has not been entirely eliminated it seems. Microsoft does offer support, of course, for users if needed.

With your company’s apps and documents stored in the cloud, a business can reduce or eliminate some hardware costs associated with new server or storage technology.

There are some costs still associated with using Office 365, for sure, but at least they are predictable Ands less susceptible to fluctuating as needed third-party IT support.

Office 365 is not a one-size fits all solution, so companies have to look carefully at a rather complex series of price points, plans and options (including an Office Professional Plus software add-on) that are available, anywhere from about two dollars to more than $25 per user per month). And there are still license considerations for the desktop apps being mirrored in the cloud (if you need both, you may need to pay for both).

One other cost, or risk to be evaluated, is in the nature of cloud computing in general. Businesses must consider, from a safety, security and legislative compliancy point of view, if cloud based services are appropriate and possible for them.

For many businesses, all that will still be a lot cheaper than operating on in-house IT department, or facing capital costs increases.

Microsoft Office 365 is designed to let you and your co-workers work from virtually anywhere and on almost any device. The benefits can be quite substantial, whether you run a small office or a large enterprise.

As the product matures, it will be interesting to see just how bright and sunny the cloud can be for the bottom line.