The fact that Steve Jobs tendered his resignation as CEO of Apple is a finality that was made possible because of his health, but his absence from the helm long-term could mean significant changes for the tech world, or more of the same from a company he molded into his own image. 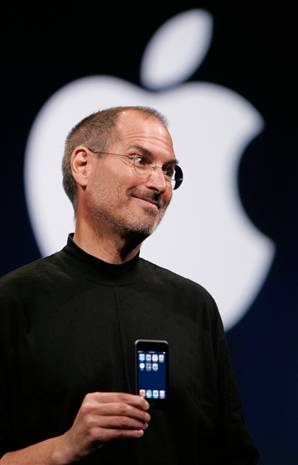 In each device launch, Jobs steered the industry in a direction the public never realized it wanted.

This isn’t Jobs’s first time out of the CEO’s desk at Apple when he was on the wrong side of an acrimonious power struggle back in 1985. There are a lot of ‘what ifs’ based on an alternate reality of that scenario. What if Jobs had remained as CEO all the way through? It’s entirely possible that Microsoft wouldn’t have gained the stranglehold it did in the 1990s, particularly after Windows 95, because Apple probably would’ve already had a more advanced graphical user interface.

When Jobs founded NeXT Computer after leaving Apple, the foundation for what we know today on Mac OS X, the iPod, iPhone and iPad had been laid. It seemed to be of little importance at the time when Apple acquired NeXT in 1996, bringing Jobs back into the fold.

But it turned out to be a comeback story that changed the world. In Jobs, Apple had a visionary that could bring it back to respectability and relevance, and in Apple, Jobs had a familiar brand he could apply his vision to. The notion of design and functionality, a rare concern in much of the computing world at the time, would later become a hallmark of how technology has evolved to what we know now.

With the possible exception of Google and perhaps even RIM and Facebook, no company, or eminent figure, has had as much of an impact in the tech space in the last 10 years as Apple has with Jobs at the helm. The iPod and iTunes transformed music retail in a way that crippled brick-and-mortar stores.

Apple wasn’t the first out of the gate in offering an MP3 player, but Jobs knew the player was useless without an ‘ecosystem’ that could support it and make it all seamless and painless.

The iPhone changed the telecom world in ways that are still reverberating today. Clunky devices with miniaturized operating systems based on flawed designs and concepts suddenly seemed outdated. Finger-based gestures replaced stylus’s. Apps became the benchmark of a smartphone’s usability. Infotainment was the centrepiece a mobile device was to be geared towards.

But more importantly, Jobs was able to leverage the iPhone as a counterweight to the carriers, who abused their ability to pick and choose what to offer to consumers. In effect, the ‘i’ in iPhone actually stood for something. Witness how Rogers bowed to public pressure on the eve of the iPhone 3G’s launch in Canada in 2008 by offering much better data plans than originally planned. No other phone had created such a stir.

And then came the iPad, a device that Apple seems to avoid calling a ‘tablet’. Semantics aside, its launch created an entirely new category, beginning a tablet battle amongst all comers fighting for a piece of the market — one that may ultimately be too small for all of them. Hence, why HP is the first, and maybe not the last, casualty of an increasingly difficult space for everyone but Apple.

Therein lies the point. In each major device launch, Jobs was able to steer the industry in a direction he felt the public never realized it actually wanted. That’s no small feat, and this was likely his vision going back to Apple’s beginnings in the 70s and 80s, and the day Apple embraced him again in the 90s.

And since he’s had the better part of 14 years to mold the company in his image, and help recruit some very talented people, it’s with those two particular reasons that Apple is unlikely to lose its way. And so long as he’s alive, Jobs will have an impact on what the company does, much like Bill Gates is suspected of doing with Microsoft. Steve Ballmer may be running the show there, but Gates’s shadow still looms. Apple will probably be no different in the post-Jobs era.

But even if Jobs isn’t in the picture, Apple’s culture and purpose is clearer now than it’s ever been. The company is sitting on a mountain of cash to the tune of $76 billion, an enormous sum for a company that was a candidate for acquisition only 15 years ago. Its flagship products are already out in the market, and the aftermarket that supports them shows no signs of slowing down.

It may be fair to say that consumers have seen the light with their hearts and minds like Jobs thought they would. But it’s not fair to assume that he was the only person at Apple that recognized what would resonate with consumers. Only recently has Apple shaken its reputation — at least in part — that its products are prohibitively expensive. Apple Stores are full of customers, not all of them actual buyers, of course, but the retail experience they offer somewhat reflects the virtual stores (iTunes, App Store, Mac App Store) they operate. Quick, accessible and fashionable.

And in all the copycat moves, whether it be ‘me too’ tablets or Microsoft retail stores (though Apple emulated what Sony did with its stores to begin with), other manufacturers will keep playing catch-up or get out of the way entirely, like HP, after announcing that their PC business was up for grabs.

Neither Apple nor Jobs are solely responsible for what happens to their competitors or the tech world at large, but the company’s success has forced everyone else’s hand to think differently.

Think Different. That was Apple’s slogan from 1997-2002, and though it wasn’t Jobs who came up with it, it still encompasses what he wanted Apple employees and people, in general, to actually think. An ironic twist coming from a company that subtly seeks conformity from their business partners and consumers, alike. By controlling the key levers, hardware, software and company messaging, Jobs changed the game for Apple. It was he who made it unpalatable for third-party manufacturers to make Mac clones in the late-90s at a time when cheaper PC clones running on Windows were flooding the market.

It sounds oddly paradoxical, considering Jobs wanted conformity but refused to conform Apple to anyone, while still steering the company toward delivering what he felt people would want. No one has been able to emulate that formula in the same way, though Google isn’t far off.

And so, the curtain has fallen in front of Steve Jobs in the literal sense, since he won’t be hosting anymore Apple keynotes, but his legacy with the company is probably firmly intact. So much so, in fact, that Apple’s crop of executives who worked closely with him, like new CEO Tim Cook and designer Jonathan Ive, will continue to carry on. They, along with others, ran things smoothly in both cases when Jobs took a medical leave of absence.

That means we’re likely to see more of the same, rather than a seismic shift going the other way against Apple. It would take unprecedented incompetence and a lot of bad luck to turn Apple into a failure, so in stepping down permanently, Jobs is likely very confident in the people that will run the ship from here on in.

Expect that to remain a tight ship. The face of the company may not be the same, but it will be business as usual for Apple, and a dogfight for everyone looking to take a piece of the action away from them.

The legalities of unlocking your mobile phone