Unlocking mobile phones has always been a confusing element to mobile phone ownership, but the demand for the freedom to use a handset anywhere, everywhere and with any provider will likely only grow further. And as it stands, there isn’t much of a legal precedent to stop it in Canada. 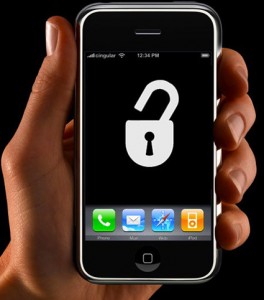 Having a locked phone can be viewed as a roadblock to digital freedom, but things have also changed in recent years.

When the government fell after the budget was defeated and an election was called for May 2, Bill C-32, Ottawa’s third attempt to pass new copyright reform legislation, went down in flames with it. Its demise left a lot in murky waters, including unlocking mobile phones, which may be frowned upon by carriers and manufacturers, but is still technically legal.

The big wireless carriers, Rogers, Bell and Telus, have been offering locked phones for many years, as a means to ensure that customers stick with them. Add in the subsidized offers of a phone for less on a multi-year contract, with a cancellation fee if one decides to opt out, and the shackles of a locked phone can prove frustrating.

Having a locked phone can be viewed as a roadblock to digital freedom, but things have also changed in recent years. Rogers, Fido and Telus all offer unlocking services, albeit at a cost, under certain conditions and not for just any phone. That’s why the aftermarket has done a brisk business in unlocking phones of all types. Simply doing a local search for a store that offers unlocking services will yield plenty of results. And that’s not including the many web-based services that can do it electronically by sending you codes and instructions.

Truth is, contracts have clauses that say unlocking the phone breaches the agreement and voids any warranty. This is why carriers will only unlock phones for customers who aren’t under contract with anyone. But it’s hard to prove, and aside from carriers disapproving, it’s hard to imagine much else happening. Indeed, the gist of any contract focuses more on you staying as a paying customer over the duration of the deal, rather than what actual handset you’re using. It’s hard to imagine carriers would really care so long as you’re paying your bill every month.

The point of locking a phone in the first place is just for carriers to recoup their investment, but even if you buy a phone outright without a contract, the phone may still be locked because of an exclusivity agreement between the carrier and manufacturer. An example of this is the Samsung Galaxy S II, an elite Android smartphone that is tied to Bell. Unlocking it is possible, and it’s no secret that they’ve been floating around on eBay and other auction sites. For someone who bought a Galaxy S II from Bell at full cost, there is no real legal restriction to keep that customer from getting that phone unlocked. But Bell won’t unlock it, so what are the options? Go to a third-party and get it done that way.

This raises the question of whether manufacturers should scrap exclusivity agreements altogether and sell unlocked devices directly to consumers through their own distribution channels. Google tried this with the Nexus One, and Apple began doing it with the iPhone 4, so what is to stop others from emulating that formula? Apple was able to pull this off in Canada because it has no exclusive arrangement with any carrier, like it does in the U.S., and yet, the iPhone has been exempted from the list of phones that can be unlocked.

But the iPhone is also in very high demand, whereas the fragmentation of Android and BlackBerry make it a bit harder to see the same thing happen with particular models using either of those operating systems.

Should a consumer have the right to unlock a phone for the purposes of travelling abroad, and without any intention of cancelling the existing contract? There is no legalese that refers to this specifically, but again, voiding the warranty is pretty much the extent of the damage in that scenario. And if the freedom of being unlocked gives impetus for the customer to leave to greener pastures with another carrier, then so be it.

European countries have laws in place that force carriers there to offer unlocked phones, and there doesn’t appear to be any issue with getting phones unlocked there — assuming they even need to be unlocked. That type of scenario is unlikely to happen here in the near term because exclusivity agreements and contracts keep upfront costs down for consumers. Until the public is willing to pay in full for a phone like they would for an iPad or a computer, this merry-go-round will just continue on.

With all that said, you can feel confident that you’re not breaking the law in unlocking your phone, just voiding the warranty and maybe annoying your provider, whom you may not have much love for, either.

What say you? Have you unlocked your phone? Would you, if given the chance to?

What Apple without Steve Jobs means for the tech world

Is RIM Ready to Face the Music with New BBM Music Sharing Service?