Google has launched a YouTube-based movie rental service in Canada. 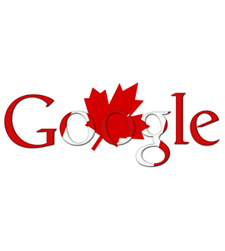 You’d think the world was spinning in a slightly different orbit or something, what with all the media buzz and reportage about this long expected and easily anticipated event.

It’s no great leap, but maybe it’s a first baby step towards something, well, more ‘Google-y’.

Google’s YouTube launched a movie streaming service in the U.S. earlier this year; there was a beta trial of somewhat limited success, but new deals with more movie studios has given the idea at least some legs now.

Here in Canada, YouTube Movies launched ‘quietly’  – as almost every media outlet is describing  – on Wednesday (hey, adding this one, there are some 810,000 stories about Google movies , so I’d say the noise is certainly audible).

Most movies at YouTube’s new service are priced at $4 or $5 (for the newer titles) each; there is some free content on the service, and a lot of older titles that have been on YouTube for some time are freely available. Netflix is $8 per month, with new titles added fairly regularly. 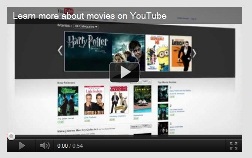 YouTube Movies offers about 3,000 titles from which to choose

You get thirty days to watch a movie from YouTube; 48 hours to finish your viewing from start time.

Despite what may be some early limitations with the service, Google’s foray into the living room will not end here. The company will soon offer as many services for the home TV as it now does for a PC or mobile device. The company’s platform for smart or Internet connected devices, Google TV, will make sure of that – if not that whack of new patents the company recently acquired.

By the way, in addition to all the mobile news that Gadjo rounded-up about that giant shopping spree, there are lots of amazing TV and set-top box patents in there, with lots of potential for new ‘over-the-top’ products and services delivered to the living room! Motorola is big in mobile, sure, but it is huge in the pay TV set-top box market, as well.

So the early days of the new YouTube service are bound to be a little rough, not just with some of the initial shortcomings, but with all that established or up and coming competition.

Netflix is surely one of the standards; and companies like zip.ca, flickme.com and of course Apple TV will have new offerings going forward.

Of course, here in Canada, we’re seeing how the Internet service providers – companies like Bell, Shaw and Rogers – are also on-demand and streaming content owners. 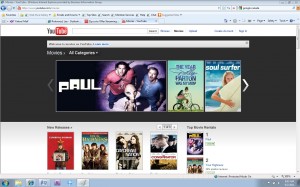 They have their own online services, and they have their own content – either self-commissioned, or right acquired. They’re also delivering movies, TV shows and other entertainment content, and they are as such in competition with companies like Netflix and now Google.

So, there are plenty of ways to deliver high quality video online. There are lots of plans and options to choose from.

More and more, the issue is about property rights – ownership of TV shows, movies and the like, royalties and copyright payments. Who gets to show what title on what service?  It’s an issue that came up in Tim Teatro’s Netflix evaluation here at WhatsYourTech.ca

So let’s watch for Google’s next – or second next – acquisition.

I think they have all the platforms they need; they obviously have to get some more content of their own.

Ten computer security tips for back to school