So I’m sitting in a major industry conference  listening to a noted speaker describe the latest developments in the mobile space. 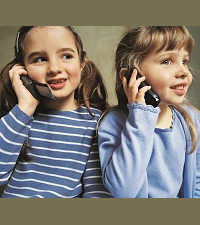 Parents are being urged to limit or closely monitor their kids' cellphone use.

There are excited references to mobile education and the growing use of portable wireless technology in the K-12 environment….and even junior kindergarten gets a mention.

This is the day before I’m due to submit this story, with two specific references to public grade schools in Canada that have removed wireless Internet technology and connectivity from their buildings.

Although the scientific, technical and user community remains at odds over the issue of how – and if – cell phone use is linked to health issues, the market is moving full speed ahead on the implementation and adoption of wireless technology and applications.

Mobile may be the saviour of our economy, our country and our lifestyle, boosters will enthuse, but Health Canada is among other international public institutions now advising parents to encourage children under 18 to limit the time they spending talking on mobile phones.

The recommendation was part of an information update released this fall, called Health Canada Offers Practical Advice on Safe Cell Phone Use.

More than 24 million Canadians now use mobile phones; a roughly 80 per cent adoption rate that is lower than some industrialized countries, but higher than others. Either way, it leaves room for growth in our local economy, while opening up huge business opportunities in other countries as well.

It may well be the growth of mobile that motivated Health Canada to be more specific in its cell phone-related advisories.

If there were only seven cell phone users in the entire world, this issue would not have the same ramifications or potential impacts.

But it seems like the goal is seven billion users – and in that light it does seem incumbent upon us to know about potential health risks, not to speculate or to wonder or to debate.

Canada’s health agency has previously been suggesting that users could limit their use of cellphones if they were concerned about an unproven suggestion the devices increase one’s risk of developing brain cancer.

Again, most observers (and Health Canada is included here) are quick to point out that solid scientific evidence surrounding cellphone use and negative health impacts is not conclusive. They almost always call for more research.

Few call for a draw-down, or an age limit, or heaven forbid a suspension of cell phone use in the meantime.

Health Canada will say that users should:

Users are also encouraged to become familiar with SAR, or the specific absorption rates, of various cell phones and other wireless devices, as a way of gauging their strength or potential harm.

The advice relates to limiting exposure to the radio waves and electromagnetic fields, or EMF, emitted by cellphones, routers/relays and base towers.

(Ionizing radiation such as the kind given off by X-rays can break chemical bonds in our bodies by releasing ions. Non-ionizing radiation, such as radio or microwaves, can produce heat that affects other matter, but the mechanism by which it could break chemical bonds has not been identified. Whether that means there is no mechanism, or just that it has not yet been identified, may be another matter).

So Health Canada’s advisory, stronger but not definitive as it stands now, follows a somewhat similar statement issued earlier this year by the World Health Organization‘s International Agency for Research on Cancer (IARC).

It calls cellphones a category 2B risk, meaning the agency acknowledged mobile phones are possibly carcinogenic. 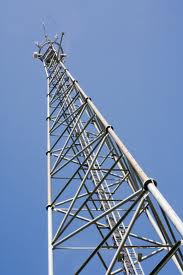 So, in the midst of some understandable confusion or uncertainty, some parents and teachers are taking direct action, admittedly erring on the side of caution.

An elementary school near Quesnel, B.C., is waving good-bye to its wireless Internet connections due to the uncertainty about the safety of the technology.

In B.C., even while public schools embrace wireless technology, one private school called the North Cariboo Christian School is removing its Wi-Fi capabilities.  The principal there says he is “on the side of safety for students.”

In Ontario, the private Wayside Academy near Peterborough is also pulling its wireless network (one used exclusively by teachers). Again, the principal says  he realizes the evidence linking Wi-Fi and cancer is less than certain, but he’s “erred on the side of caution” by unplugging the system.

There are also reports of even stronger preventative action, as community residents in certain locales fight the installation of new cell phone service
towers in the first place. While radiation and increased device usage is often a concern, so too, the aesthetic nature of regional landscapes threatened by visual pollution.

To me, that’s one of the weaker arguments (hey, where were they when hydro towers went up?) but not one to be totally ignored.

Calling for a serious and independent public/private partnership, charged with cleaning up the wireless radiation questions that can pollute this
industry, seems a better place to take a stand.

Quickly updating this story, there is a protest planned by Newmarket, ON parents against Wi-Fi in schools.

“This is proven to be harmful to children,” said protest organizer Lynnette Haralampopolous in an annoncement about the planned protest. “It is wrong to force mandatory exposure to microwave radiation on children.”

The www.safeschool.ca initiative also cites the World Health Organization, noting that the W.H.O. placed microwaves on the same cancer watch-list as DDT, lead, and car exhaust.

Kobo aims for a slice of the tablet market