It’s not so much they have something to say. Many, in fact, seem desperate to be told what to do.

A keek, by definition, is a quick look, glance or peep. It’s also a new social media tool, a video-based networking platform, and a Toronto-based microvideo company that has developed new digital tools for making and sharing Keeks. 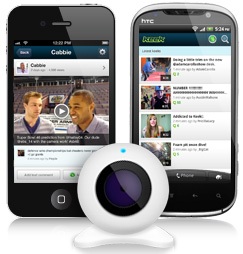 Keeks are very short videos; like Tweets for the written word which are limited to 140 characters, Keeks are for the moving image, but limited to 36 seconds.

It takes time to figure out how to be engaging and succinct in thirty seconds; just ask a radio reporter or TV journalist. Maybe not a Keek-er, just yet.

Folks in the Twitter-verse have found some ways to get attention in a short space (although controversy and obscenity seem top techniques right now, there are some short, substantive comments out there), here’s hoping Keek-ers can do the same.

Taking “a quick look, glance or peek” at the publicly-shared Keeks online at the company website, I was struck by how many people were asking others what they should say or what they could do. “Wanna see something?” “Wanna ask something” pleaded one kid in a Keek. “I am soooooo bored.”

Keeks are still pretty new and immature, and there still may be good uses and great users coming.

The company and some key investors sure think so – Keek received $5.5 million (USD) in equity financing late last year, and its has embarked on a feature development cycle while building up its 30 member team and accelerating its plans for global expansion.

Isaac Raichyk, Founder and Chief Executive Officer of Keek Inc., said the round of financing was a vote of confidence in the product today, and in its potential for tomorrow: “Keek starts at the intersection of microvideo, social networking and mobile apps. Keek is a place where people can interact and build communities through microvideo dialogue which is more informative and fun than traditional micro blogging or photo sharing.” 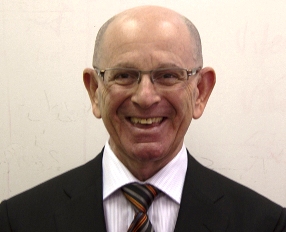 That’s the sweet spot for mobile and social activity, and it’s the starting point for a long growth corporate curve.

Keek is compatible with Android and Apple devices, through freely downloadable mobile apps; Keeks can also be created on the desktop with a webcam enabled PC.

That means most of the video communication posted to Keek is public. It can also be reposted to other sites, as mentioned, or embedded into personal blogs, e-mails and other posts. The system’s Dashboard does allow for private Keeks, so more private or personal content can be sent directly to a trusted friend.

There is, by the way, a page full of ‘Safety Tips’ at the Keek site, with advice, warnings and suggestions for safer cyber and real world activities – especially due to the potentially revealing nature of the posts, but also due to the core age group involved. Parents may be glad to find out about tools for ending any communication over Keek, and for only controlling who can watch and comment upon posted Keeks.

Building up a community is not an uncommon problem for new social services; like Twitter before it, Keek will need some clever user based input – hash tags for example, or some way to create a thread of related content. 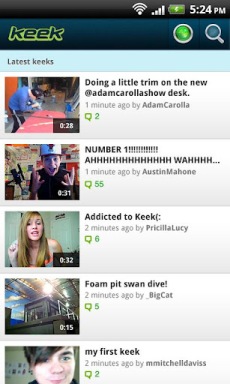 Also like Twitter, it could use some celebrity status, too.  Some recognizable stars and top sports figures  (OK, so maybe the Toronto Maple Leafs do not count in this category) have now staked out some Keek territory, and are generating their own short form videos.

Now, if the Leafs had only asked ‘what should I do?’ before the playoffs started…

Do you know what Apple’s AirPlay actually does?

RIM admits it was behind anti-Apple stunt in Australia