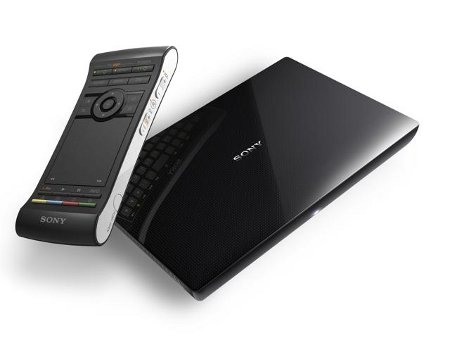 Sony has announced that it will be launching the Sony Internet Player with Google TV in Canada in August, with pre-orders starting on June 27. The new player will be a small set top box that connects to a TV and provides access to Internet-based television channels, a Chrome web browser, YouTube and thousands of apps.

Google TV has been in the U.S. since 2010, but this will be the first time the platform will be available outside the country, and is likely to be a direct competitor to the Apple TV. The primary purpose, however, is to give the TV access to the Web and a plethora of apps so that it becomes a “Smart TV”, with access to the Web and apps without having to use or leverage a smartphone or tablet.

The Internet Player’s operating system will use Android Honeycomb with an interface optimized for television, plus full access to Google Play for downloading apps. And despite Sony being the manufacturer, the box can work with any flat-panel TV from another manufacturer.

This goes for the remote as well, which is double-sided. The one side has a typical TV control button layout with a trackpad, while the back has a full QWERTY backlit keyboard for easier typing. The keyboard layout is not a new idea, as D-Link’s Boxee Box developed a dual-sided remote for its Internet set top box. The remote is also universal, so it can work with other manufacturer’s TVs, Blu-ray players and even the PlayStation 3. And there is a gaming element here, too, since there’s a motion sensor inside for playing games.

A Blu-ray version of the Internet Player with Google TV will come before the holidays, according to Sony Canada. It will essentially be the same product but include a Blu-ray drive and voice recognition capabilities.

The Internet Player with Google TV is available for pre-order at Sony Stores or its website starting June 27 for $199.99, while the Blu-ray version will follow later this year at a cost of $329.99.

Gadgets Do Not Equal Health, says Fitness for Geeks Author