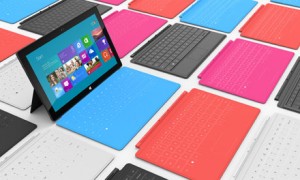 Microsoft making its own PC’s? Google making its own tablet? Why are software companies getting into hardware and can they do a better job than their partners?

Late last month, Microsoft unveiled the Windows 8 Surface tablet. A hybrid multi-touch tablet that also doubled as a desktop (when plugged in to monitors, keyboards and external mice). This was the first time that Microsoft openly designed and developed its own tablet  hardware and the message to its partners was clear.

“This is how you build a Windows 8 device.”

Although Microsoft didn’t spell it out, the writing was on the wall. The Microsoft Surface tablet represents pure innovation. Not only did it showcase the new Windows operating system, but the hardware complemented the software for the purest experience. It is clear that Microsoft wanted to offer users the ultimate Windows 8 experience, even if they had to create it themselves. The question is, will they stop here or continue making PCs in different form factors? 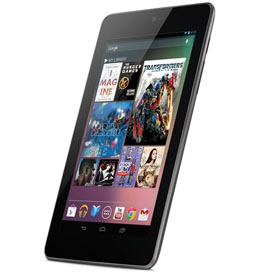 A few weeks later, Google surprised the world by announcing another tablet, this time the 7-inch Nexus 7, which it created with the help of ASUS but built to very specific specs (and sold almost at cost).

Like Microsoft before it, Google has had a number of hardware partners make Android tablets for the past year and a half, yet none have been able to make a serious dent in the market,

The Nexus 7, priced at US $199 but sporting the latest quad core processors, a bright screen and various Google-powered content offerings also features the latest version of the operating system that no other tablet has and which will take months, if at all, to make it to recent tablets.

Google needed an ace, a product that would define its position in the market and it chose to attack the 7-inch market rather than fight a losing battle with Apple’s runaway product, the iPad, at the 10-inch market.  The Nexus 7 has started shipping and is already sold out in most retail stores, Google even discontinued sales of the more desirable 16GB variant because supply has not yet been able to match demand.

When software makers risk defying partnerships with their hardware partners to create their own product, it says a lot. They value their software and see the wasted potential that they seriously want to offer the best available experience because maybe their partners don’t ‘get it,’ or are trying to force their own software and applications which can ruin the experience for the user.

It will be interesting to see how the market reacts to these hardware/software products and also how the hardware partners will be affected by the prospect of competing with companies like Microsoft and Google who aren’t afraid to make the whole widget.